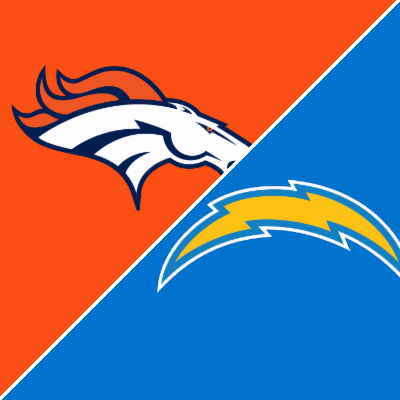 The Denver Broncos open the New Year on the road as they play the Los Angelas Chargers in SoFi Stadium. The two AFC West rivals meet up this Sunday at 2:05 in a critical late season matchup.

While the Broncos are not technically out of the Playoff picture, they do face an uphill battle. So, this game might be more for auditioning some of the young talent this team has while trying to figure out where they will land in the Draft. The Chargers, however, are currently on the outside looking into the AFC playoff picture. A win for them this week will go a long way into helping them make it in.

At this point in the season no team can claim to be even 80% healthy. The Broncos got hit hard recently with not only injuries, but with Covid-19 as well. They will still be without Starting Quarterback Teddy Bridgewater as he recovers form his concussion. They also lost 12 players this week alone to Covid. Including key players like Jerry Jeudy, Tim Patrick, Bradley Chubb, Bryce Callahan, Mike Purcell, and Barron Browning; as well as key role players like Caden Sterns, Jonathon Cooper, and McTelvin Agim. The Chargers recently lost Kenneth Murray and Jared Cook due to Covid, but that seems to be the only new injuries to their team.

The Broncos will look to continue their dominance on the defensive side of the ball despite all of the injuries and people missing this week. Fortunately for Denver they have had some practice at that since this has been a patch work defense all year and yet still rank highly in every category. The Broncos have held opponents to 17 or fewer points in four of their last five games, one of those games against the Chargers.

The Broncos have also played the Chargers very well in recent years. Starting Quarterback Drew Lock in particular plays the Chargers very well. In his three starts against the Chargers, he is 2-1 including an incredible late game touchdown pass to win them a game last season. Even this season, even though he didn’t start the game, he came in for Teddy and was a part of a key early touchdown drive. He is going to be without two big time receivers, but he will still have two great Running backs, a legitimate number one receiver, and two very solid Tight ends.

On Monday I made a Parlay that included Denver covering the spread when it was set at +6.5, before they lost a bunch of key players due to Covid. Now I would probably take the Chargers on both Moneyline and to cover the spread. I unfortunately don’t see this game being particularly close despite the team’s recent success against the Chargers. There are too many players out and with the Chargers playing at home (which isn’t that big of an advantage there might be more Broncos fans there) and for a real shot at the playoffs I can see this being a blowout.

The only way Denver can cover the spread in my opinion is if they play great defense, but also by pounding the ball, we still have Gordon and Williams who will probably be looking to make a statement after their poor performances a week ago. I would definitely take the over on Williams rushing yards, and for Gordon total yards. I can also both scoring at least one Touchdown either on the ground or through the pass. They are also going up against the 29th ranked rushing defense giving up around 140 rushing yards a game.

As he might be auditioning for a potential new team in 2022, I might take the Over on Drew Lock passing yards. It’ll be tough with no Patrick and Jeudy, but the Charger are only a little above average against the pass ranking 12th at around 223.5 yards a game. I would look for Drew to push the ball downfield more and hopefully Shermer can scheme easy concepts for Drew to take advantage of his arm strength.

The only other player prop I’d take is Sutton on yards. Again, I expect us to take more shots downfield, and Sutton will be not only the teams only legit WR, but the only real deep threat on the team. The Broncos might be forced into throwing the ball more than they initially want to, so look for Sutton to get plenty of targets.

If you are looking to make a big single game parlay, I think an easy bet to take is the under in total points. 45.5 is a lot of points considering the Broncos only average 19.9 points a game and in three of their last four they have been held to 14 or fewer points. The Charger, in particular Justin Herbert, do also struggle on offense against Denver’s defense, so I just can’t imagine these two teams putting up that many points.