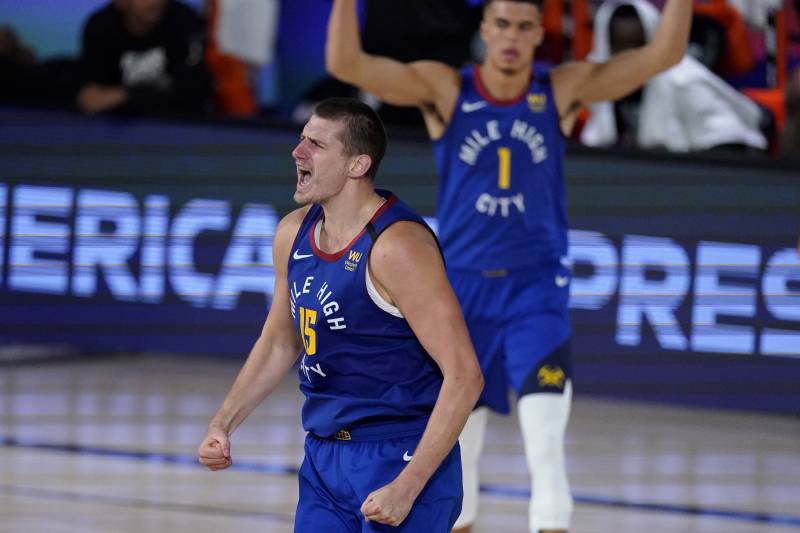 The Denver Nuggets have fallen twice over to the Memphis Grizzlies in back-to-back games on and now looks to regroup. Lucky for the Nuggets, the 1-7 Houston Rockets are a sight for sore eyes. The game tips off early today, at 3 p.m. MST.

Denver is in dire need of another big win to say the least. A win where you see at least four of the starting five in double figures for points would be nice. A win where Nikola Jokic actually registers assists because his teammates are sinking shots would make a difference. A win where the bench can make an impact and hold down the fort while the starters rest would be monumental to turn things around. You get the picture. Denver (and its fans) are down bad and the Houston Rockets are the perfect team to bounce back and regain some confidence on the court.

Denver’s average winning margin over the past four games (all four of which have been wins for the Nuggets) is 15.5. It may be fair to say Denver has had Houston’s number in recent matchups, but this seems to be dulled down Denver’s side who is still struggling to find its stride this season. While the spread and points total might be a bit too rich for some, there is still value to be had elsewhere with props.

The prop to eye today is Will Barton over 19.5 points + rebounds. Against a sorry defensive unit in their last game against Memphis, Barton put on a show. Racking up 26 points and three rebounds, he and Jokic were just shy of willing Denver to a victory. Against the Rockets, expect that confidence to be flowing and Barton to be flying around the court. He should play to the tune of home-court advantage, where his rebounding numbers are better this season. Over the season he is averaging 19.4 points + rebounds, so against a younger side who is very much struggling in the Rockets, this over sounds good.

The next is going to be another Nugget and it’s Jokic over 6.5 assists. Jokic has been struggling to recapture those assist numbers of last year, but Denver’s role players just aren’t hitting the open shots that Jokic has found time and time again this season. The Rockets are allowing 24.5 assists per game this season. Be willing to bet seven or more of those will fall to Jokic in this game. This is definitely a higher risk bet, considering his average is 5.6. he has only managed seven or more on four occasions this season, but betting the Nuggets as a whole right now is a risk if we’re being honest.

Remember, early tip-off today, so don’t forget while you’re watching college football to tune into the Nuggets as well.