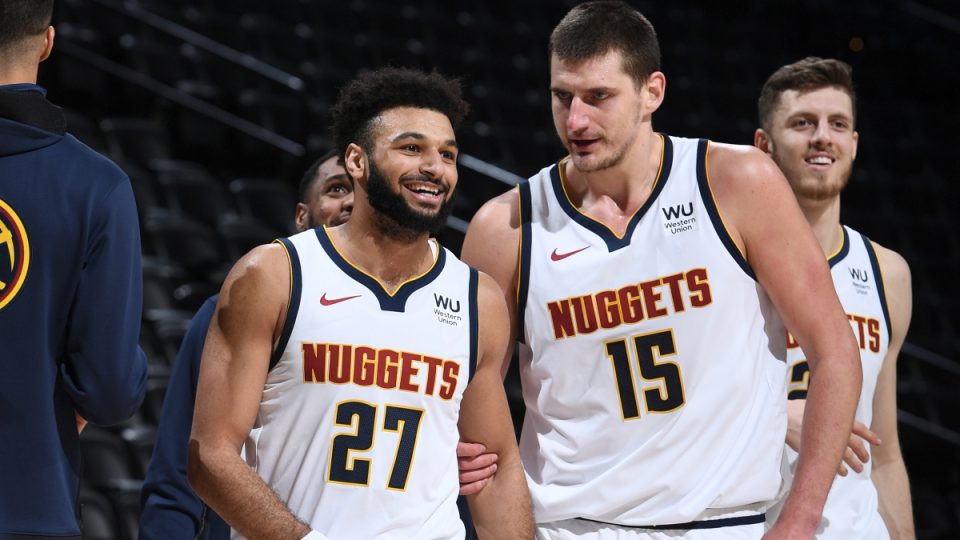 A new NBA season is just around the corner, and now we look towards a new horizon. New beginnings offer new hope, anxiety, excitement, and a whole range of other emotions. As Michael Scott once said, “I am ready to get hurt again.” So let’s look at some expectations that seem pretty fair, both as a team and geared towards some individual players.

Anything other than a trip to the Western Conference Finals would be a disappointment. While Jamal Murray is slowly working his way back from the torn ACL he suffered back in April against the Golden State Warriors, the rest of the team must carry on. With the amount of talent in the West, the NBA Finals will be a difficult mountain to summit.

But the Nuggets have the reigning MVP in Nikola Jokic, Michael Porter Jr. who still has much potential to reach his ceiling, a talented Nah’Shon Hyland out of VCU in the draft, and a full season of Aaron Gordon in the Mile High City. All of this is in combination with a steady and reliable set of guards between Monte Morris and Facundo Campazzo points to another exciting season, filled with possibilities.You can see why the expectations are very high in Denver.

As is the case with most squads of this capability, the more important aspect to all of this is health. That is ultimately what derailed the Nuggets in last year’s Western Conference Semifinals against the Phoenix Suns. The Nuggets still managed an impressive record following Murray’s injury, but a lack of scoring from the PG position was their achilles heel in the postseason.

Let’s get back to Michael Porter Jr. In order to get through the absence of Jamal Murray for a fair portion of the season, MPJ will need to take another big step in his development. He averaged 19 ppg last year along with 7.3 rebounds. Pre-season stats aren’t much to go on, but he looked great. If you extrapolate his performances from just 24 minutes per game to his more common average of 30+, he could be scary good. We know he can score but his defense remains vulnerable especially given his position.

This is the time for him to continue to demonstrate why Denver signed him for big money this offseason. If he manages to improve his PPG to 20-21, add more playmaking ability into his toolbelt and boost his defensive acumen, consider that rookie-max 5-year deal, worth up to $172 million worth it.

Another playmaker is Gordon, who also signed a contract extension for four years and $92 million. He will need to improve on the offensive end (less so as Jamal Murray makes his return) as he managed 12.4 points per game last season. While many still see room for improvement on offense, Gordon is tremendous defensively, providing a great model for Porter Jr. to learn from on that side of the ball. He has gelled with this team since he came over from Orlando and more time in coach Mike Malone’s system will only grow the potential of this team.

Finish: Western Conference Finals or beyond

This season will be about managing expectations without Murray and keeping themselves honest without their star. They should still should finish as a top team in the West. This year the league will also be back to the full 82-game season, which should come as a great relief to the Nuggets. Injuries were occurring left and right towards the end of last season, and it was clear the shortened season took a toll on the NBA no matter the squad.

Tip-off for your Denver Nuggets is Oct. 20, 8 p.m. MT, away against the Phoenix Suns. Dust off your jerseys, dig out those winter hats, break out all your gear because Mile High Basketball is back!