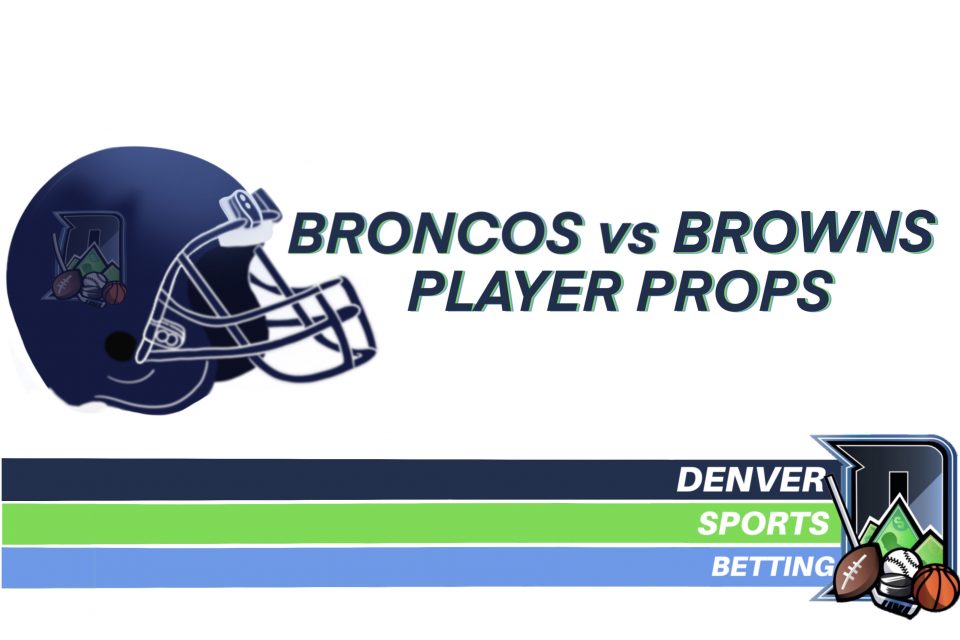 Be sure to check out DenverSportsBetting.com for daily news, trends, and analysis of sports from a betting perspective by Colorado’s premier sports betting centric media outlet. These are some prop bets in the Week 7 matchup between the Denver Broncos and Cleveland Browns.

Week 7 in the NFL begins with an epic Thursday Night showdown.The sputtering Broncos stagger into Cleveland to face the remaining uninjured Browns Thursday night to kickoff the Week 7 NFL action. The Broncos are a +2 road underdog. The game total (Over/Under) is a meager 41 points. The implied game score is roughly Denver 19.50 to Cleveland 21.50.

Due to the plethora of injuries plaguing both teams, this match-up looks to be a battle of defenses trying not to give up field position or big plays. Expect a slow paced; risk averse playbook from each offense. The team that takes the lead first is most likely going to sit on it, milk the clock and play field position. Turnovers especially in the passing game could impact the outcome of this game. These teams are both extremely run heavy but are battling key injuries that impact each teams desire to run the rock.

Case Keenum could be in line for a revenge game Thursday night. The former Bronco takes over for the injured Baker Mayfield. Keenum is definitely in for a potential rough night on paper. The Browns head into Thursday Night without their starting QB, their top 2 RBs and not to mention potentially both their starting tackles.

The Broncos have major depth concerns at linebacker and are starting to feel thin in the playmaker department. Season ending injuries to LB’s Alexander Johnson and Josey Jewell are going to impact a position that was already a weak spot. In addition, reserve LB’s Baron Browning and Aaron Patrick are most likely out for this game. The middle of the Broncos defense has quickly become a liability. Expect these teams to scheme to try and exploit matchups against the remaining Denver LBs.

Based on the implied game total, matchups and expected game script here are some player prop bets to consider.

This is going to be a low scoring affair, but the odds makers are way off on the line for this prop. Bridgwater’s lowest passing yard total on the season is 235 yards in a blowout run heavy game against the Jets. The Over/Under for pass attempts for Teddy two gloves is set at 31.5. If the oddsmakers think it’s likely that at least 30 passes will be attempted and if you consider the fact that Bridewater is completing 70 percent of his passes on the year, it’s hard to not consider this play.

Williams and Gordon are in a 50/50 split. Williams is touching the ball at least 14 times a game between the rushing and receiving. If Williams gets at least 11 carries he smashes this prop. If Denver has a lead at any time they will milk the clock via the run. This sets up well for Williams.

Patrick is definitely seeing enough targets per game to hit this prop. Patrick has seen at least four targets in every game, and at least six in the last three games. Courtland Sutton will see the best defensive back for the Browns. Patrick will have the matchup Bridgewater will look to exploit most often.

Three straight weeks with a kicker prop may look suspect but this is what the Broncos games have given us this season. If the oddsmakers want to continue to give free money, then you should take it. This is a short week on the road for Denver. They will not leave points on the field. In all of Denver’s wins, McManus attempted at least two field goals and he has hit 100 percent on the season.