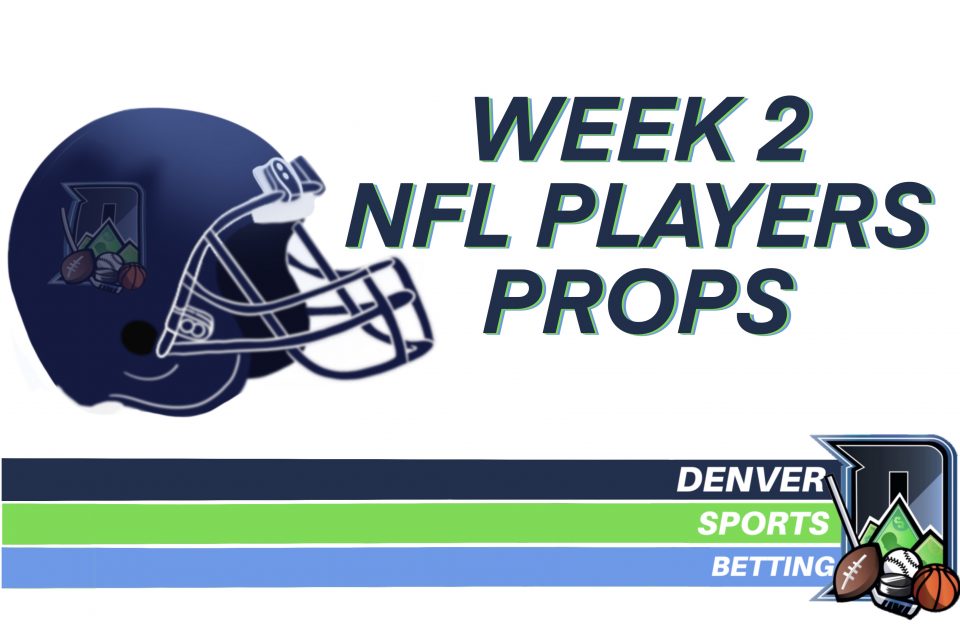 Now that we saw how players are being used and where defenses have their biggest holes, we can make even more informed bets for our Week 2 props.

Against a very good secondary in New York, Teddy Bridgewater looked like a quarterback capable of leading his team to the postseason. Imagine what he can do against the secondary in Jacksonville that just got torched by Tyrod Taylor.

Even with a big lead against the Giants, Bridgewater racked up the yardage, so don’t let that worry you. The entire Broncos offense will have a big day against the Jags, starting with their quarterback. Bridgewater should finish this game with more than 275 passing yards.

At times touchdown passes are random. A quarterback can have a big day, only to have a running back steal the TD inside the five-yard line. That’s the beauty of Russell Wilson against the Titans secondary. No one loves the deep pass or executes it better than Wilson and few secondaries are as bad as Tennessee at defending the long pass.

In 2020 the Titans were in the bottom-third in yards allowed per pass. After one game in 2021, they are in the bottom five. Count on Wilson going for two long touchdowns here and picks up another mid-range score to get to at least three touchdown passes by the third quarter.

Sticking with Seattle and Tennessee game, it’s may be reasonable to expect another poor day (by his standards) for Derrick Henry. Some of that will be of the doing of the Seahawks’ defense. They just held Colts running back Jonathan Taylor to 56 yards and 3.3 yards per catch. But Henry will have to rebound after he struggled mightily against the Cardinals.

Some of it will simply be the way this game plays out. With a big day for the Seattle offense, Tennessee will find itself in passing situations for the majority of the second half so Henry will not get to 100 yards rushing.

The Saints Alvin Kamara might also fall short of 100 yards, but he’ll get to at least 65. We saw how the Saints plan to play with Jameis Winston at quarterback emphasizing long methodical drives that control possession time.

It worked great against the Green Bay Packers as Kamara had 83 yards rushing. This formula should work just as well against the Carolina Panthers. In a grind-it-out kind of game, New Orleans will rely heavily on their star running back enough that he will hit the over.

As good as the Denver offense was last week, it was disappointing to see Courtland Sutton make just one catch for 14 yards. But now that Jerry Jeudy is out for a few weeks, this will be Sutton’s time to reassert himself as the clear WR1. Jacksonville gave up 132 yards receiving to Texans wide receiver Brandin Cooks last week. Sutton is a cinch to get to at least half that number which will put him well over the 60 yards he needs for this bet to win.