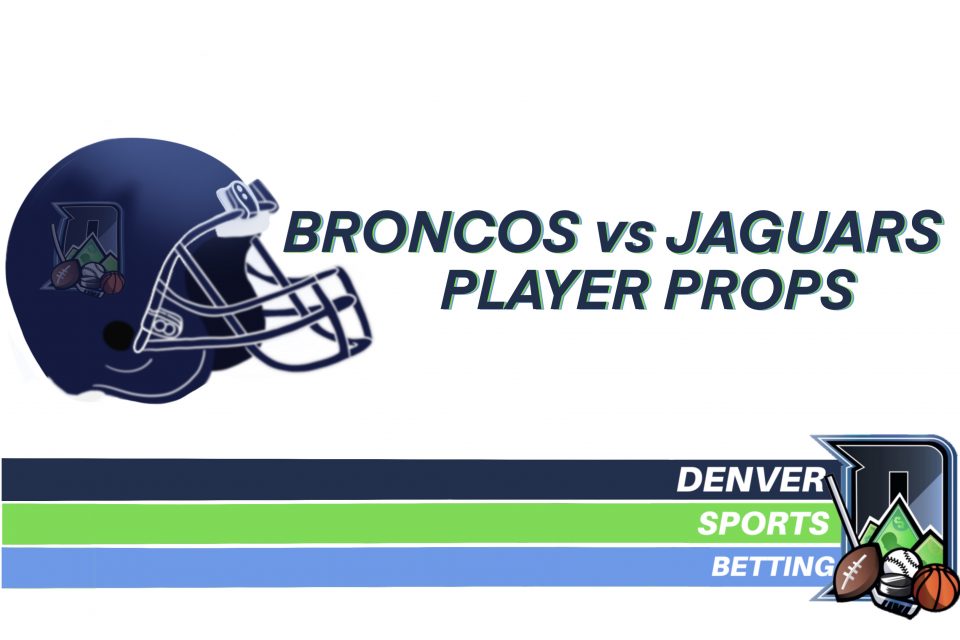 Sports betting moves quickly. New information and injury updates are constantly impacting the way you should consider wagering, especially on the NFL. Before taking a chance on any bet, look for updated information. Scan injury reports, both for missing and returning players. Check out the weather reports. This time of year can make significant impacts on games. When it comes to Player Prop Bets consider the match up and the players recent performance.

Sports betting is 100 percent legal in Colorado, and it’s time for sports fans to get in on the action! With that, we want to ensure Colorado bettors are educated before laying their money on the line, so be sure to check out DenverSportsBetting.com for daily news, trends, and analysis of sports from a betting perspective by Colorado’s premier sports betting centric media outlet.

Use your instincts, keep your eyes and ears open. Trust your gut, but most importantly have fun. Here are a few of the Prop Bets to consider in the Denver Broncos and Jacksonville Jaguars Week 2 matchup.

Week 2 Player Prop Bets to Consider for Denver at Jacksonville

Coming off arguably the most complete game ever played during the Vic Fangio era, the Denver Broncos look to keep the momentum rolling as they face the Jacksonville Jaguars. After an impressive Week 1 win, Denver is a -6 road favorite against the Jags. That is currently the third largest favorite of the Week 2 slate. The game total (Over/Under) is set at 45 points, meaning that the implied score is roughly Denver 25.5 and Jacksonville 19.5. Based on the implied game total and match ups, here are some player prop bets to consider.

Fant led the Broncos in targets with eight in Week 1. The injury to Jerry Jeudy should increase the target share for Fant. Quarterback Teddy Bridgewater won the starting job because of his efficiency and decision making. Trust between Fant and Bridgewater has been established and when Teddy ‘Two Gloves’  needs to make a play he’s looking for Fant first. Consider Fant to continue to build off his Week 1 performance of six receptions for 62 yards.

Williams led the Broncos in rushing attempts in Week 1 with 14 carries and out-snapped Melvin Gordon 34 to 32. It’s a small sample size but it appears that the running back position is an equal time share in Denver. Based on the implied game script, Denver will most likely build a lead and try to dominate the time of possession with long drives and efficient play calling. If Denver gives Williams 15 or more carries, the Over 35.5 rushing yards is a strong play to consider. Be aware of line movement on this particular prop. It opened at 35.5 yards and has continued to climb. Bet with confidence on this prop up to 46 yards if the line is under -120.

Sunshine is heading towards a cloudy day.  Jacksonville is going to attempt to flip the script from their disappointing Week 1 performance. Expect a safer game plan from the Jaguars that will attempt to avoid turnovers and slow down the pace of the game. This type of game plan does not envision Lawrence throwing a high amount of passes. Jacksonville should be extremely slow paced and methodical in their approach. Field position and utilizing their running game is the only chance the Jaguars have to keep this game close. Attacking Denver through the air at a high volume is a risky approach for any team. Let alone one with a rookie QB and head coach. This is a strong play to consider if you believe in this game script.

This one comes down to safe and efficient plays. The Jaguars dropped six passes in the opening week. O’Shaughnessy caught 6 of 8 passes thrown his way. Rookie QBs love throwing to their tight ends; and after the Week 1 catching issues for the receiving corps, it’s reasonable to expect Trevor Lawrence to look for O’Shaughnessy a ton. Don’t hesitate to consider O’Shaughnessy to hit Over 23.5 receiving yards (-110) as well.