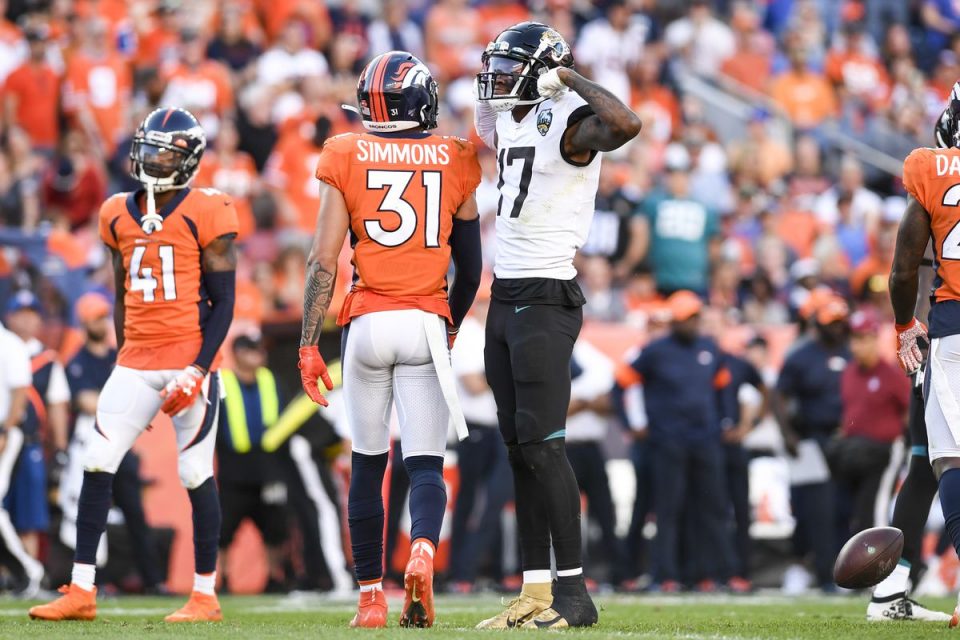 It’s a matchup between two teams that couldn’t have had more opposite results in Week 1. The Broncos looked dominant, and it seems like they have their new quarterback. Meanwhile, the Jags have their much anticipated new quarterback in Trevor Lawrence, but they were dominated on the field.

If there was any criticism of head coach Vic Fangio when he chose to give the starting quarterback job to Teddy Bridgewater, those voices are silent for at least a week. Against a very good New York Giants secondary, Bridgewater proved to be more than just a serviceable game-manager. He was a good quarterback, playing like a playoff-caliber quarterback.

It’s only Week 1, which is notorious for its post-game overreactions. But Bridgewater looked agile, he had great pocket awareness, his decision-making was top-notch, and he made several big-time throws. For the game, he finished 28-of-36 for 264 yards and two touchdowns and distributed the ball to nine different receivers.

As for the Broncos’ defense, it’s as good as advertised. The scoreboard showed 13 points allowed, but with six of them coming on the game’s final play, it was really just seven. And if there was a concern about Von Miller coming off another injury, no worries. He lived in the Giants backfield and finished the game with a pair of sacks.

Week 1 was supposed to be an easy game. Houston was starting Tyrod Taylor at quarterback. They’ve been a mess all offseason and have a defense ripe for the picking. They were a trendy preseason pick to compete for the number one pick in next year’s draft.

However, on Sunday, the Texans threw for 289 yards, ran for another 160, and raced out to a 27-7 halftime lead en route to a 16-point win. It was the kind of performance we saw from Deshaun Watson and not from Tyrod Taylor.

It was only mostly bad for the Jaguars. Trevor Lawrence threw three interceptions for the first time in any game at any level, but he did make some really good passes too. He finished with 332 yards passing and three touchdowns.

The problem for Lawrence is that he is learning the NFL on a really bad team and with a coach who has never been in the NFL before.

Said head coach Urban Meyer of the performance, “I didn’t anticipate that today.”

This is a good Broncos team, but the disappointment of the last five years is still pushing their point spread down. So hit them while the betting is still good and before the people in Las Vegas figure out that Denver is a postseason contender.

Against a good defense in New York, the Broncos moved the ball at will. Against a really bad defense in Jacksonville, it could get ugly.

Lawrence is going to be a good quarterback, but facing perhaps the best secondary in the league in just his NFL start seems a bit unfair. He will be sacked, and he will throw more interceptions. And the Broncos will win this game by 10 to 14 points, easily covering the spread.