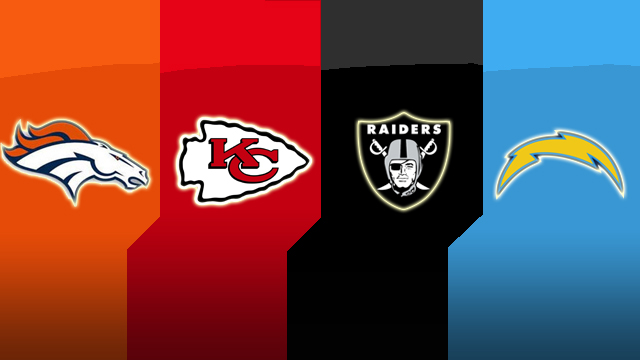 Be sure to check out DenverSportsBetting.com for daily news, trends, and analysis of sports from a betting perspective by Colorado’s premier sports betting centric media outlet. Use your instincts, keep your eyes and ears open. Trust your gut, but most importantly have fun. Here are a few of the Prop Bets to consider in the latest slate of NFL action. These are some bets that should catch your eye in the AFC West Week 3 matchups. For more in-depth prop bets for the Denver Broncos’ matchup with the New York Jets, click here.

LA Chargers at the KC Chiefs Over/Under 54.5 KC is a -7 Home Favorite

I’m all aboard the Mike Williams hype train. Through two weeks Williams has seen 22 targets. Considering the game total and the implied shoot-out type game, sign me up for Williams catching at least six passes. Williams has been transformed into a possession type receiver and until the sports books catch on to this, hammer this prop weekly.

Ekeler is going to be a focal part of the Chargers game plan. Everything Ekeler does well sets up perfect for this game. Through two weeks the Chiefs have allowed the most rushing yards, rushing TDs and yards per rush. It’s safe to consider the Chargers will attack via the ground and the short pass. Considering Ekeler’s receiving prop is currently at 4.5 receptions (-155). It is safe to assume Vegas agrees that Ekeler should be a big part of the game plan. Besides the rushing attempts prop, consider Ekeler as an anytime TD scorer (+120) to be a strong play as well.

Yes, three touchdowns seems like a lot to make a play for. Consider what we know about the KC offense though. On the season, Kansas City has eight TDs, six of which are through the air and two on the ground. Mahomes has one of the rushing TDs. Therefore Mahomes has accounted for seven of the eight TDs scored this season for KC. In a game where they are implied to score 30.75 points, take your chances at plus money that Mahomes accounts for three of the four implied TDs via the air.

Ruggs is coming off a five catch 113 yard performance in Week 2 against the Steelers. Ruggs has 12 targets through two weeks. Quarterback Derek Carr is currently leading the league in passing yards. Starting running back Josh Jacobs is likely out for Week 3. Bottom line is the Raiders are chucking the ball around the field. They run their offense primarily through their all-pro TE Darren Waller whom the Dolphins will attempt to neutralize. Ruggs will benefit from this game-plan. Vegas has added juice to the reception prop for Ruggs(-155 O/U 2.5). Therefore, they believe Ruggs will have a bigger role as well. Ruggs is a field stretching speedster and needs minimal opportunities to crush the over on this prop.