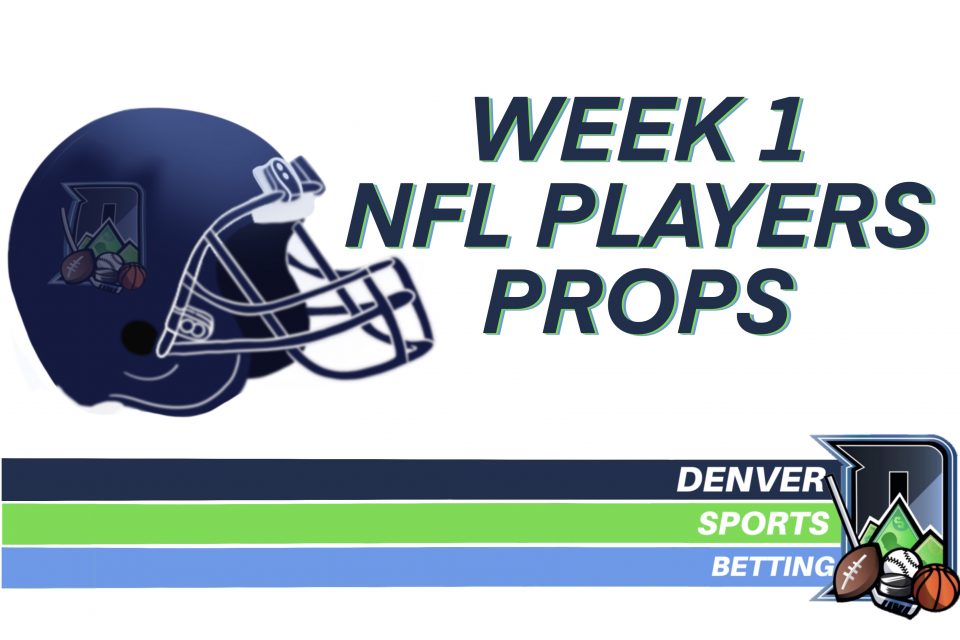 Sports betting moves quickly. New information and injury updates are constantly impacting the way you should consider wagering. Nowhere is that more prevalent than in the NFL. Before taking a chance on any bet look for updated information. Scan injury reports, both for missing and returning players. Even weather reports can make a big difference. This time of year can make significant impacts on games. When it comes to Player Prop Bets consider the match up and recent performance of each player.

Sports betting is legal in Colorado and it’s time for sports fans to get in on the action! With that, we want to ensure Colorado bettors are educated before laying their money on the line, so be sure to check out DenverSportsBetting.com for daily news, trends, and analysis of sports from a betting perspective by Colorado’s premier sports betting centric media outlet. Use your instincts, keep your eyes and ears open. Trust your gut, but most importantly have fun. Here are a few of the Prop Bets to consider in the latest slate of NFL action for Week 1.

Jimmy G and the 49ers are heading to Detroit as -8.5 road favorites. This is a line that the oddsmakers have overlooked. The 49ers are a run heavy team; but Kyle Shanahan likes to test drive his weapons. San Francisco almost has has too many playmakers in the receiving corps to not chuck the pig around a little. In the modern NFL, 216.5 passing yards isn’t a tall task. The 2020 Lions ranked 30th in passing yards allowed per game. The Over/Under for Garoppolo’s passing attempts is set at 25.5 (-120). The 216.5 Passing yards seems more than reasonable if he attempts north of 20 passes.

Instead of protecting an already injured franchise quarterback, the Bengals drafted a receiver in the first round. Joe Burrow is coming off a major injury and he is still going to be running for his life from the get go. His injured knee will not stop Burrow from hitting this prop.

Move over Jaguars. The Green Bay Packers and the New Orleans Saints will be opening their seasons in Jacksonville. Although this is a home game for the Saints, neutral ground impacts the running game. Enter this free money AJ Dillon player prop. Dillon heads into Week 1 has the change of pace No. 2 back behind Aaron Jones. In 2020 Jamal Williams (who was the previous second running back) averaged 4.2 yards per carry on nine attempts per game roughly 37.8 yards per game.

It’s not often a rookie would make this list in Week 1 but this is a special case. Rondale Moore is just a lighting bolt. Talk about a playmaker. He had 17 all-purpose touchdowns in 20 career college games. Look for the Cardinals to get this guy the ball early and often. In desperate need of play-makers to compliment DeAndre Hopkins, the Cardinals will look to feed Moore in space. Kliff Kingsbury loves gadget plays and runs a high octane offense. Moore fits perfectly in this system.

Sanders enters the season as the Bills new John Brown. That is to say he is not a speedster but a possession receiver to complement Stefon Diggs. Sanders is a little long in the tooth but he proved last year that he has plenty of game left. Matching up against his old team in the Steelers in Week 1 will be a daunting task. However with all the attention Diggs is going to garner, you can place trust in Sanders to have enough catches to eclipse 33.5 yards.

Odds for Surprising Playoff Match-up in Raiders vs Bengals