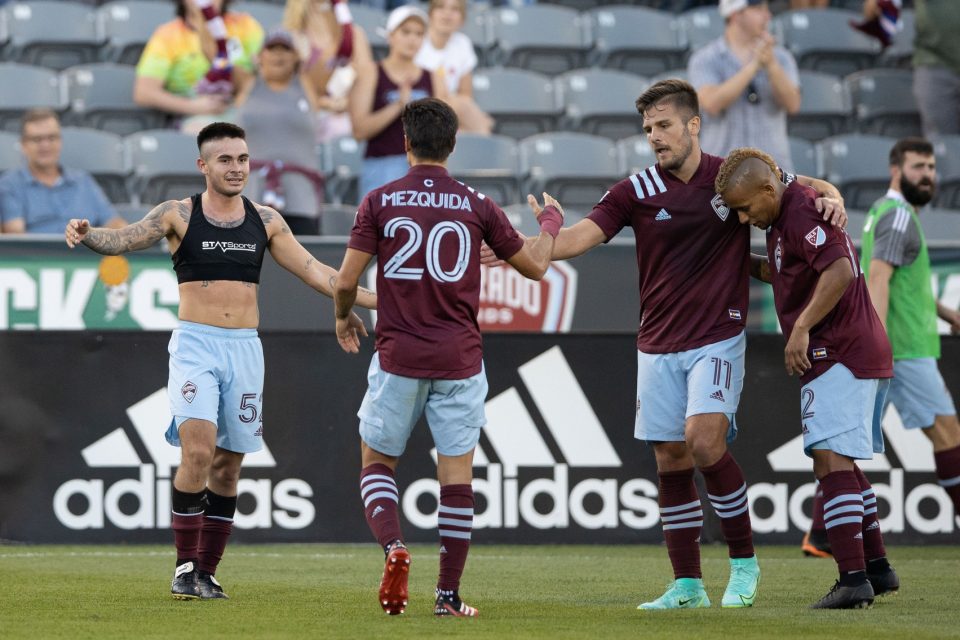 We are back for some more MLS betting! I was not a fan of the midweek slate of games last week so that’s why there was no article. This week, however, you have plenty of favored props in play. I base a lot of my picks off of the stats page on my website. I’m going to be betting a lot on teams with higher expected goals than what their tally actually suggests. I have briefly mentioned xGoals in my previous articles but if you’re not familiar, American Soccer Analysis has a great explanation of the stat. As you may know, goals are the single most important event in a soccer game, and knowing when they are to happen is key for a gambler. With that being said, here are some teams in play this weekend who have a high xGoals stat but haven’t matched their potential.

This weekend I’m predicting we get a lot of goals scored between the teams above. It’s also worth mentioning the matchup is what’s really important. Is the team that’s due for goals playing away? Are they home? Do they play against a depleted side? There’s a lot to consider. It’s not very likely that these teams match their xGoals in one week. It’s much more plausible that they score consistently over the next few weeks to match their xGoals but there could always be surprises.

Portland Timbers vs FC Dallas (Saturday at 8:30 MT on ESPN+)

What I’m officially playing at some risk is the Portland Timbers Win and BTTS. However, if you want to just secure a win here, there’s no reason to believe that both teams won’t score. Both teams have positive xGoals and they’ll be up for it. If you’re not sure who will win, parlaying the first two props brings you to -137. You’ll need both teams to score and then either side to score one more for both to hit but for this weekend I’ll be on Portland’s side who boast a 3-0-2 record at home with one win already over FC Dallas. Plenty of ways you can go with this one from safe to risky.

LAFC has lost a lot of the luster that made them an exciting team back in 2019. However, I think the wheels are starting to turn for them now since Carlos Vela is steadily playing consistent soccer every week. They come up against an RSL side who have been punching above their weight in xGoals. RSL has 18 so far this season, but xGoals of 15.5. That’s 2.5 goals more than what they should be at, and I expect them to not score the next two weeks. LAFC should be able to win at home without RSL causing any problems. For the safest bet, LAFC Moneyline looks good but I’m doubling down on RSL not scoring goals and putting LAFC to win without conceding.

The Colorado Rapids have not lost at home since their home opener and have a streak of 30 games in a row where they’ve scored at home. With that being said, they are also punching above their weight in xGoals with 18 total goals and an xGoals of 15.6. The difference between Colorado and RSL is Colorado is at home against an inferior opponent. An opponent who is due quite a lot of goals. San Jose has a 19.8 xGoals and has only scored 14. That’s 5.8 goals that they’re due. I don’t think they’ll score all five against the Rapids, but they’ll definitely make things tough. I’m willing to back my Rapids against this unlucky San Jose side, but I do think there could be trouble. A 2-2 draw is not off the cards for this game and seems likely, but I’ll be betting the Rapids to take it in a goal fest at Dick’s Sporting Goods Park.

CF Montreal vs FC Cincinnati (Saturday at 5:30 MT on ESPN+)

Both teams are below their xGoals and they’ll each have a chance to score against pretty lackluster midfields. I’m hesitant to pick a winner since both teams are extremely inconsistent when it comes to results, so at the very least I just need goals from both sides. If you feel like you have a beat on either team: take it! But I’m afraid of this ending up a draw which is why I just need goals.

I call this the “I just want everyone to have fun” parlay as I’ll be betting Both Teams to Score: YES on each of the following games. $10 to win $120.

I’m taking all the teams with positive xGoals and hoping they can reach some of their potential this weekend and score some goals. I hope the explanation of xGoals has helped for your future bets on soccer and I’ll be looking to make more bets based on the available data. Be sure to follow me on Twitter @JuannersFC for last-minute plays and tune in to the Gambling Allocation Money podcast for more picks for this weekend of MLS betting. Have a great weekend and good luck on your bets!