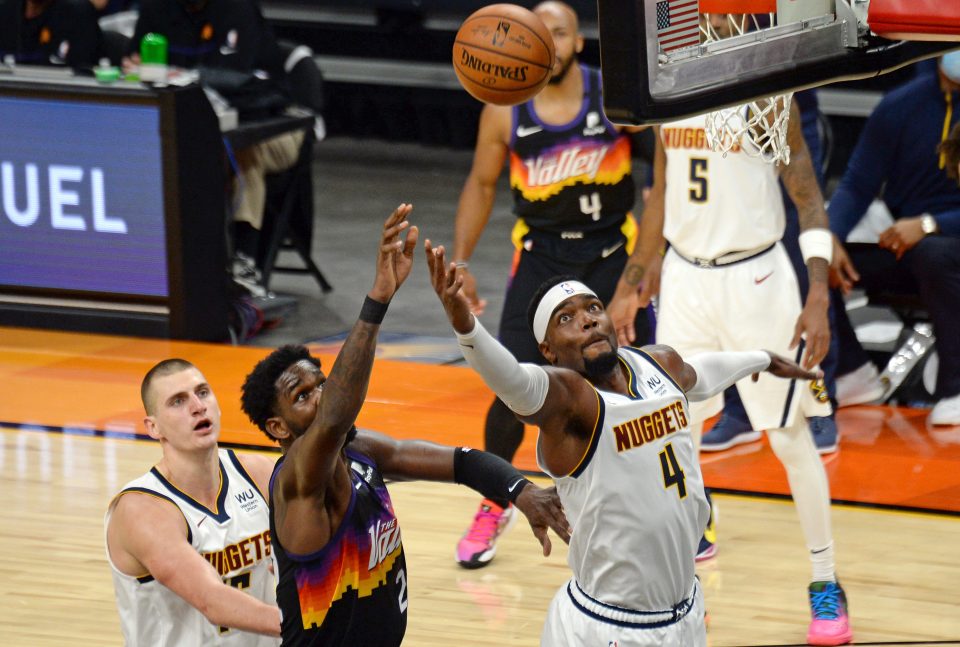 The Nuggets have done it! They’ve gotten past the first-round matchup against the Portland Trail Blazers and, more importantly, they did it in 6 instead of 7 games. Now, let’s look ahead to this upcoming series against the Phoenix Suns with Ivan Buss and Aniello Piro.

This series should be another very interesting one for Denver, as they now face a team that finished 2nd in the West and has one of the most exciting young talents in the league in Devin Booker. Booker had one heck of a first-round, averaging 29.7 ppg against the Lakers, and will surely look to keep that momentum going into this series. Booker will be a big challenge for Denver as the Nuggets will likely try to use Aaron Gordon to nullify the young star. The key matchup, however, lies in the paint, between DeAndre Ayton and Nikola Jokic. During the season, Jokic shot just 38.2 percent against Ayton and knows those numbers have to get better to go get back to the Conference Finals.

Using his threat from deep, or some screens to give Jokic some space could prove effective in getting those numbers up. While the Joker was hugely impressive in the first round, he looks to have a better defender guarding him this series in Ayton, who held his own in the Lakers series and has a solid defensive rating of 108.7. In what is sure to be a tightly contested series, Denver has experience on their side (relative to the Suns at least). Apart from Chris Paul, Jae Crowder, and ex-Nugget Torrey Craig, the rest of the Suns have little to no playoff experience aside from the first round of this year, which should give Denver a leg up. That, and the mental fortitude that we as fans get to watch day in and day out from the Nuggets, tells me Denver gets the job done in this series. Having the MVP on your side never hurts, either.

The Suns are the -210 favorite to win the series, according to the good people over at SuperBook Colorado. Denver is the +180 dog following their series victory over the Portland Trail Blazers.

What Denver did was remarkable, yet the Nuggets are still the considerable underdog for the series, and the price is reflective of a team with an outside chance to pull off the upset. Whether you are a gambler or not, series odds are a great way to gauge how the general public feels about a given matchup.

I have no idea why things keep going this way, but if they are going to dangle + money in front of me like this ahead of a series that I think Denver absolutely has a real chance to win, I’m all over it. There was tremendous value betting the Nuggets against Portland, and I expect that same value to be there against Phoenix. The Suns are a solid squad. They finished with a better record than the Nuggets in the regular season, but Denver holds a 2-1 regular season advantage in head-to-head matchups, and Denver is 17-5 straight up against the Suns since the 2015-2016 season.