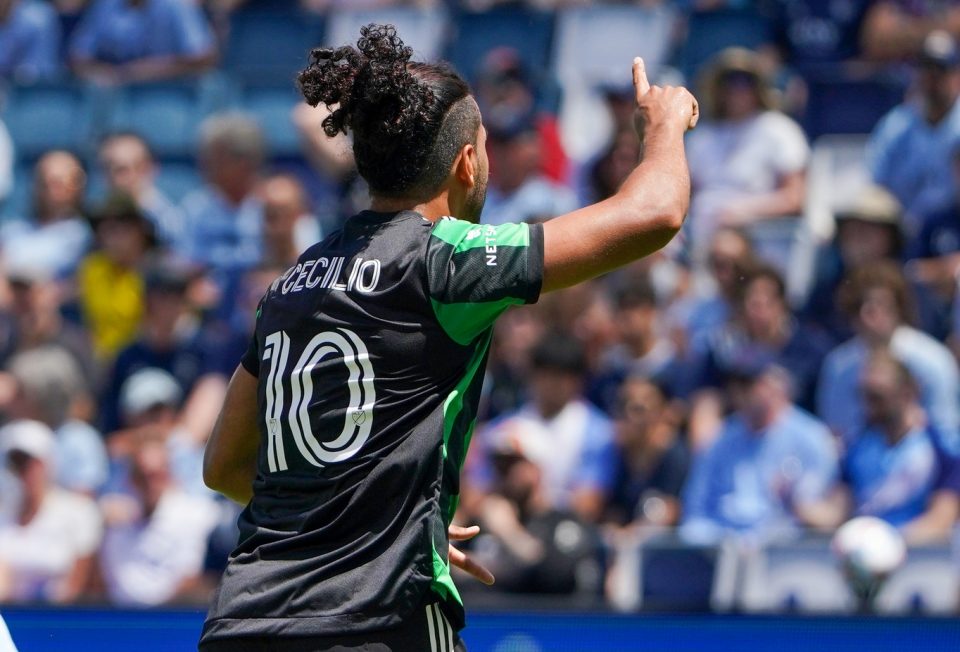 Some good news and bad news after my debut week: Good news is I can easily pick the winners and the Moneylines. The bad news is I’m faltering a bit on the game and player props. I was also a Caden Clark goal away from the $2 to win $1000 bomb from cashing for an amazing debut on Denver Sports Betting. Oh well. I’ll probably have to go a bit more conservative on the overall plays and really just hammer one to two props I like instead of naming a bunch that I like with fewer units wagered.

So far, in the 10 games that Houston has scored, nine of them have had both teams to score prop hit and lead the league with BTTS with 89%. Behind them? That other team from the Rockies: Real Salt Lake. They have had eight games and seven have had BTTS (88% of games hitting BTTS). These teams concede a lot of goals but they are also good enough to get goals back. I like Houston as the best Texan team in MLS so far to go into Salt Lake and come away with the win. Real Salt Lake have combusted against below-average teams like Houston, and I expect them to lose here. If you don’t feel confident in either money line, take the BTTS prop.

I’m going to shoot it straight with you here: San Jose is currently on a dry spell when it comes to scoring. I’m also about to nerd out for a bit so just stay with me here. In soccer, there’s a stat we aficionados like to geek out on called Expected Goals (xG/xGoals). To sum it up, it’s a probability of a goal going into the back of the net. A tap in from 1 yard out has an xG of .99 while a half field bomb has an xG of .01 (More on that here). In San Jose’s last six games, they’ve only scored once despite having a combined xG of 9.73. Meaning, they should have had 9 goals from these past six games. The reality is this San Jose team is just a bit unlucky at times. This matchup, the Cali Clasico, is written perfectly for San Jose to break out of that dry spell and score some goals on their California rivals. I’m going to be riding San Jose and over 2.5 goals as a parlay as my pick for this matchup. If you’d like to take a goal scorer, Wondolowski (-115) is not a bad shout and if Cade Cowell is starting, sprinkle a little bit on him to score as well.

The New York Red Bulls have a small history of owning Atlanta, especially in their home. There was a small little rivalry between these two back in 2018 as to who was the deserved “king” of the Eastern Conferences. With Atlanta, the eventual champions that year, and New York Red Bulls the supporters shield winners of that year, they both felt as though they were the best team in the East. Nowadays, these two are middling Eastern teams with Atlanta looking to be the colder of the two in recent times. Atlanta has won their games unconvincingly and in recent memory, they blow leads late in their halves. Hammer the Red Bulls Moneyline and even if you see them go down if you can live bet, bet the Red Bulls Win/Draw Double chance, and watch as Atlanta implode another 2-0 lead. I think you can never really count out the Red Bulls especially when they’ve been known to give it their all in their pressing style of soccer.

We were robbed of an amazing opening night for Austin FC as they failed to score in the first MLS match in their new stadium. Something tells me we will get not only their first goal there but a bunch of them as that Austin crowd deserved a lot better than that opener. I’m hammering Austin to win and parlaying that with over 2.5 goals for +250 odds. Something about this game also screams to me that we’ll get a Cecilio Dominguez, their star DP, goal as the Paraguayan international feels like a good threat on the ball despite not having the box score stats to back it up. Still, it’s a lot to ask of someone to bet on a “feeling” more so than a good tip. So, for now, I won’t be recommending that play. However, if you do see me putting his Wincast Prop into some parlays on Twitter, you’ll know exactly why.

And that’s a wrap from me. No crazy parlay for this week, unfortunately. Still, sort of cooking some things up as more props become available on my sportsbook. I wasn’t able to cover the midweek games for this Week 9 preview in time so, unfortunately, you missed out on my 6-1 streak of props. However, if you never want to miss a single play I place, you can listen to my podcast “Gambling Allocation Money”. A podcast specifically dedicated to MLS gambling and talking through the slate of games, how we’re feeling about the games, lines, and what to actually bet in the crazy world of MLS betting. You can also follow me on twitter @JuannersFC and @GAMdotCASH for any and all plays that get posted last minute there. Hope these will cash for you, and I’ll see you again for a great slate of games next week!