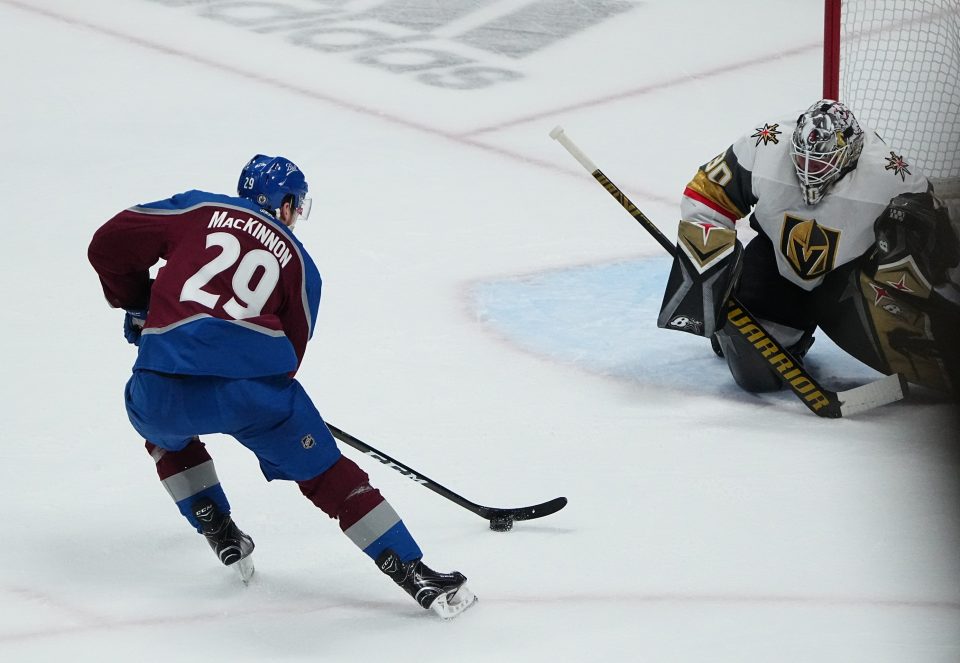 The Colorado Avalanche look to continue their powerful momentum into game two of this West Division series on Wednesday night. The Avs handled the Las Vegas Golden Knights in the first game of the series in 7-1 beat down in game one, in a match that saw 12 different Avs register a point on the night. Cale Makar led all Avs players with a four point night getting himself a goal and three assists.

The Knights coaching staff faced some criticism over their decision to start backup goaltender Robin Lehner over their Vezina Trophy caliber starter Marc-Andre Fleury and paid the clear results to a well-rested Avs team. The Knights will be without Ryan Reaves after he was suspended two games for an after-the-whistle play he had on Ryan Graves.

By no means did many people see the outcome of the first game happening. Blowouts tend to be rare in the playoffs at this stage, but there’s a reason it’s a best of seven series. The Knights will have extra motivation to bounce back in a big way especially with their starting goaltender (Fleury) back in net who’s got a 1.71 goals against average so far in the playoffs. This game will have the markings of a close one and Vegas now has been able to rest for a couple days. I lack the confidence of some of the main game-line bets as none of them jump out to me, finding value elsewhere for tonight’s bets. Both teams scored in period 1, and in period 3. +188 and +143

The Avs have been over-hitting monsters in the playoffs so far and for good reason, they are loaded up front with talent. The over has been a good look lately which can be odd given the fact that things tend to tighten up more come playoff time. I’m liking the under tonight, the Knights are far too good to be a team that lets the Avs skate all over them, plus the Avs will have Philipp Grubauer with a 1.60 GAA in net and the Knights with Fleury and his 1.71 in net. Remember both clubs lead the top of the league this year in fewest goals against. Under 5.5 goals -108

Until I see the MacKinnon prop dip below + money, I will ride that bet until the cows come home. He’s playing on a different level, through five games he’s averaging 2.4 points per game. He’s scored eight goals in five playoff games. Give me that prop again! MacKinnon goal +104

Gabriel Landeskog has been playing the best playoff hockey of his career this year. He’s got 11 points in five games played and continues to set the tone as the leader of this Stanley Cup favorite Avs team. He’s got seven assists through five games played. Landeskog 2 or more points +205

The Avs look to take a 2-0 series lead over the Knights tonight as they inch ever closer to their ultimate goal this year. Puck drop is set for 8 p.m. MT tonight back inside the Ball Arena in Denver, CO.