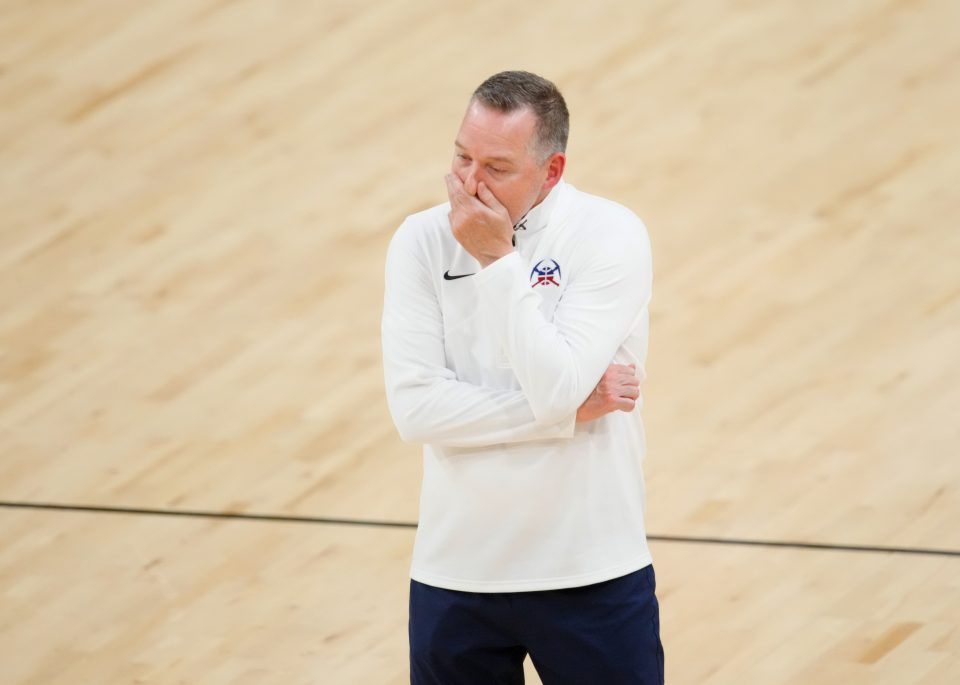 We’ve already had the chance to look back and reflect on the regular season, and now it’s time to ask the question that everybody has been asking the last few days, what on God’s green earth happened to the Denver Nuggets in the playoffs?

The first round went pretty swimmingly if you really think about it. Apart from the Game 1 loss, you always felt Denver was really in control of the series. It was an incredible six games from the neutral’s perspective because it was, basically, just Damian Lillard and Nikola Jokic going at it, leading and willing their teams to victory as they traded games early on.

Nikola Jokic during that series, was averaging insane numbers and had his way with whoever the Blazers decided to throw at him (as did Lillard). The more surprising part of that series was watching guys like Austin Rivers step up and hit big shots (more surprising still, when you consider how he shot in the second round). Upon return from injury, Monte Morris also had a pair of incredible games against Portland, which was a huge boost for Denver. In the end, it seemed like it was the Denver Nuggets vs. Damian Lillard, considering some of his notable teammates never really rose to the occasion and helped him out. Fine by Denver, because the Nuggets moved on and broke their streak of frequenting 7 games in the playoffs.

Series two was kind of the opposite. It seemed like it was Nikola Jokic vs. the Suns (and the refs at times). As for the rest of the Nuggets, they looked like the YMCA team that just threw up any shot they could, everybody for themselves, no teamwork and communication, overall just horrid basketball. How horrid you ask? Aaron Gordon shot a whopping 0% from three-point land. Not that fans expect much from him from deep but… ZERO?! It was only 0-8, but he will be the example I use for this scenario. Michael Porter Jr. had zero rhythm in his game and looked lacking confidence as to what to do when he faces good defenders.

Austin Rivers couldn’t rekindle the spark he had in the first round, and Facundo Campazzo ran out of his gritty charm, the list goes on. From start to finish, the Suns looked like the better team as they dominated the Nuggets. The part that got me though, was who dominated Denver because it wasn’t Devin Booker, it was none other than Chris Paul. He rolled back the clock and hit elbow jumper after elbow jumper against Denver, who seemingly had no desire to defend him. Paul’s veteran leadership lead them game by game and inspired the otherwise inexperienced side to victory.

In Game 3, where Jokic was confirmed the NBA MVP for this season, I thought for sure Denver would rally behind him and get the win. What do they do? Lose by 14 while Jokic goes off for a 32-20-10 triple-double as he tried to carry the team at least for a win for one game.

Game 4  and Jokic’s ejection was the cherry on top of an abysmal series. You would have thought Cameron Payne was shot the way he went down, but naturally, Nikola Jokic gets sent to the locker room in an elimination game with a flagrant-2. Despite a late rally that had many wondering where that kind of performance and energy was the entire series, Denver fell short and got swept. It was a depressing series, really, with double-digit loss after double-digit loss apart from the final game that had most feeling dejected, angry, and confused with where the spine and mental fortitude of the Nuggets went during the final four-game stretch.

So, to answer the question, we may never be entirely sure what happened in this series that caused Denver to fall off so steeply. You can name a few things off the bat, a steep drop in performance from role players, a lack of adaptation to the struggles from the staff, lack of ownership and responsibility taken by almost everybody involved, lack of genuine effort, those are at least a few things I noticed. Was there more going on behind the scenes that fans didn’t see? Perhaps.

While I would love to talk about what could have been, there’s no point, it’s all empty talk. Denver needs to rest, recover and reset for next season. Frustration will linger, but my love for this team remains uninhibited. Let the countdown to the start of the 2021-22 NBA season begin.