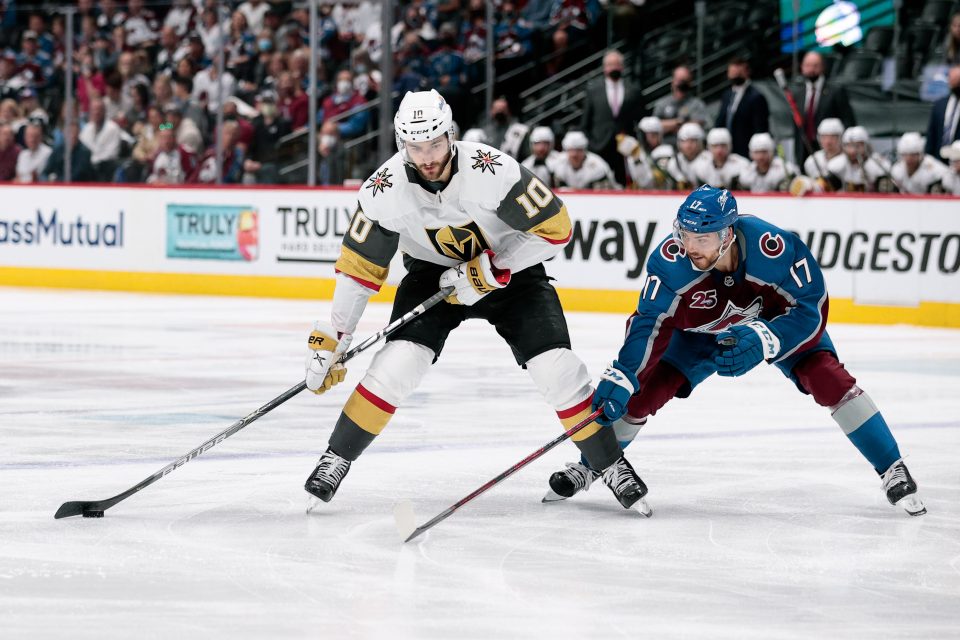 The Colorado Avalanche are facing elimination in Game 6 as they travel to Las Vegas to keep their Stanley Cup hopes alive against the Golden Knights. The Avs lost a heartbreaking Game 5 in Denver, blowing a two-goal lead and losing in overtime 3-2 which ironically is the series lead the Knights now hold over the Avs.

The Avs started the series up two games, but have now lost three games in a row for only the second time this year and have to win the next two games against the Knights to advance to the conference finals for the first time since the 2001-2002 season.

Normally I’d give a brief synopsis of why the pick I choose for the game has sound reasoning via stats, and facts. Not this time. The Avs have lost three in a row and have no choice but to do what seems to be impossible. Beat the Golden Knights at home. The Golden Knights last lost at home in game five of the first round against the Minnesota Wild, losing 4-2. This is Denver Sports Betting, if we’re going down, we’re going down as Avs fans. Avs ML +120

The Avs lost the last game but won the time of possession and shots on goal battle. They seemed to find a second wind in their style of play greatly limiting the Knight’s attack all game long. I like them to continue that along with Fleury making the saves he’s known to make. Under 5.5 -127

Cale Makar hasn’t scored since the first game of the series, but his ability to “quarterback” the Avs attack from the blue-line down including on the power-play will be crucial for the Avs to win the game. The Avs defensemen struggled to get pucks on net last game with Vegas blocking 26 shots. Cale is a dynamic skater who has seven playoff goals in his young career and is averaging around 25min of ice time a game. Cale Makar goal +360

Mikko Rantanen scored a goal through the first three games of the series and is a key part of how the Avs drive the attack throughout the game. He had a 17 game point streak in the playoffs that ended only two games ago. He’s a difference-maker in the postseason. Rantanen goal +175

The Knights have all the momentum and are looking to advance into the next round back at home in front of a packed crowd. The Avs have their backs against the wall with nothing to lose. Puck drop for Game 6 is at 7 p.m. MT.