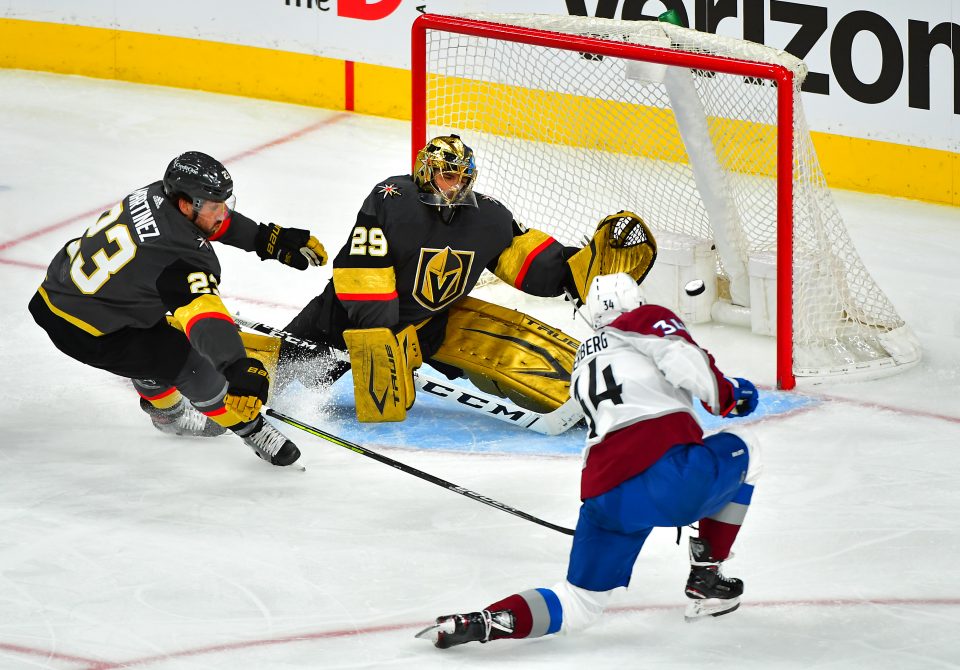 The Colorado Avalanche and Las Vegas Golden Knights are back in action once again, with the series now 2-1 in favor of the Avs. The Avs fell last game for the first time in the postseason losing 3-2. The Knights will look to even the series up at two games after dominating the shots on goal the past two games (40+ shots on goal) the last two games.

Willam Karlson, Jonathan Marchessault, and Max Pacioretty all found the back of the net for the Knight in game 3, while Mikko Rantanen and Carl Soderberg scored for the Avs. Mikko Rantanen now extended his point streak to 17 games while Cale Makar found his ninth point of the postseason.

Since the 7-1 blowout win, you could argue that the Avs have been outplayed in the last two games even though they’re up 2-1 in the series. A combined  84 shots on goal given up in the last two games isn’t a recipe for winning as they’ve had to rely heavily on Philipp Grubauer to stand on his head. Head coach of the Avs, Jared Bednar, addressed it and was very critical of his team and the end of game three. The Avs have all the talent and skill to steal a road win on the road, even against a team like Vegas. Like them to bounce back big. Avs ML -112

With the way both goaltenders have been playing this series, it’s hard to take anything but the under. The Avs still have an NHL postseason best 1.86 goals allowed per game while the Knights give up the least shots against per game played with 25.6. Under 5.5 -121

Nathan MacKinnon has been relatively quiet in the past two games with only one assist. For any other player, that would be seen as normal, but not for one of the best players in the entire NHL. If the Avs are going to steal a road win, they are going to need MacKinnon to help lead the charge. MacKinnon goal +128

The Knights have their eyes set on tying the series at two games apiece while the Avs look to bounce back from being outplayed the past couple of games. Puck drop is set for 6:30 pm MT inside the full-capacity T-Mobile arena.