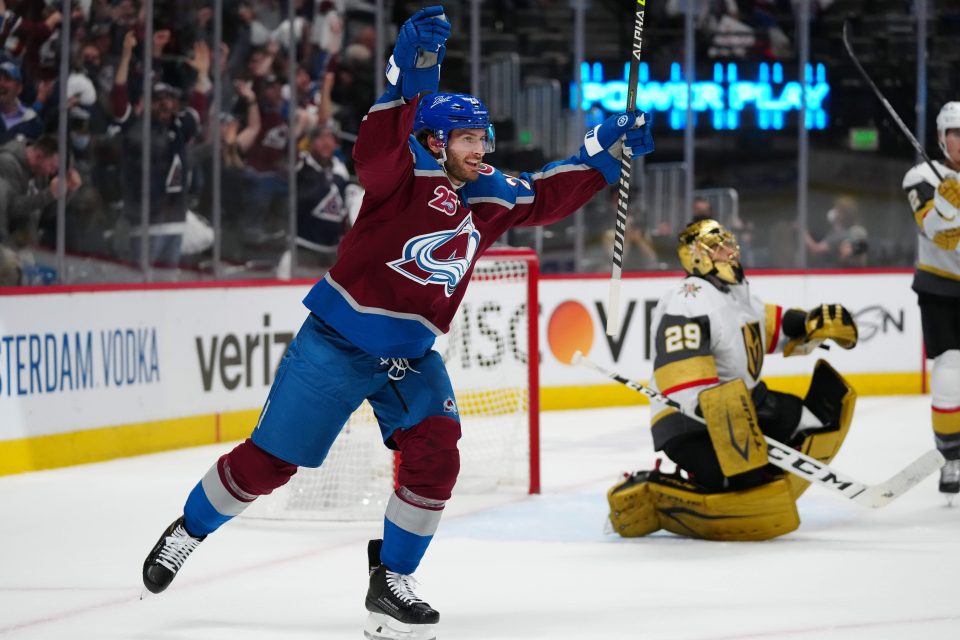 The series between the Colorado Avalanche and Las Vegas Golden Knights heads to the desert for game three between the top teams from the Western Division. The Avs were able to win both games at home and take a 2-0 lead on the series. The Avs are now 6-0 through their first six games in the playoffs, marking a franchise-best in the postseason since the Avs moved to Denver in 1995.

The Knights found themselves outshooting the Avs 41 to 25 in a game they eventually lost in overtime 3-2. Mikko Rantanen was the overtime hero for the Avs scoring the game-winning goal and extending his point streak to 16 games. The Knights will look to defend home ice in front of a full capacity crowd at the T-Mobile Arena Friday night.

The series has now shifted into closely contested, one goal difference types of matches. The Avs were outplayed for the majority of the night last game, and had to rely on Philipp Grubauer to steal them a win saving 39 of the 41 that went his way. The Avs will not be able to win that way while on the road and face a tough challenge playing this Knights team with their backs against the wall and at home in front of a sold out crowd. Knights ML +100

There was a combined nine power plays last game and given the number of posts the Knights hit while trying to score, the over could’ve easily hit last game. The speed of both these clubs can also be matched by both teams’ respected blue line guys who are among the best in the NHL. With both goaltenders in net and the series tightening up goals will start to be harder to come by. Still like the under here tonight.  Under 5.5 goals -120

Max Pacioretty was the leader in goals for the Knights team in the regular season scoring 24 times and while he hasn’t scored yet in this series although he’s got a pair of assists. He’s overdue for one tonight as he looks to lead his club to a bounceback win. Pacioretty goal +175

Nathan MacKinnon was really quiet last game until he assisted the game winning goal in overtime. I expect him to bounce back in a big way as he tries to lead his squad into a 3-0 series lead. MacKinnon to score +170

The West Division playoff series now moves to sin city as the Avs look to cash out on a 3-0 series lead in the desert. Puck drop is 8 p.m. MT in the confines of the T-Mobile Arena