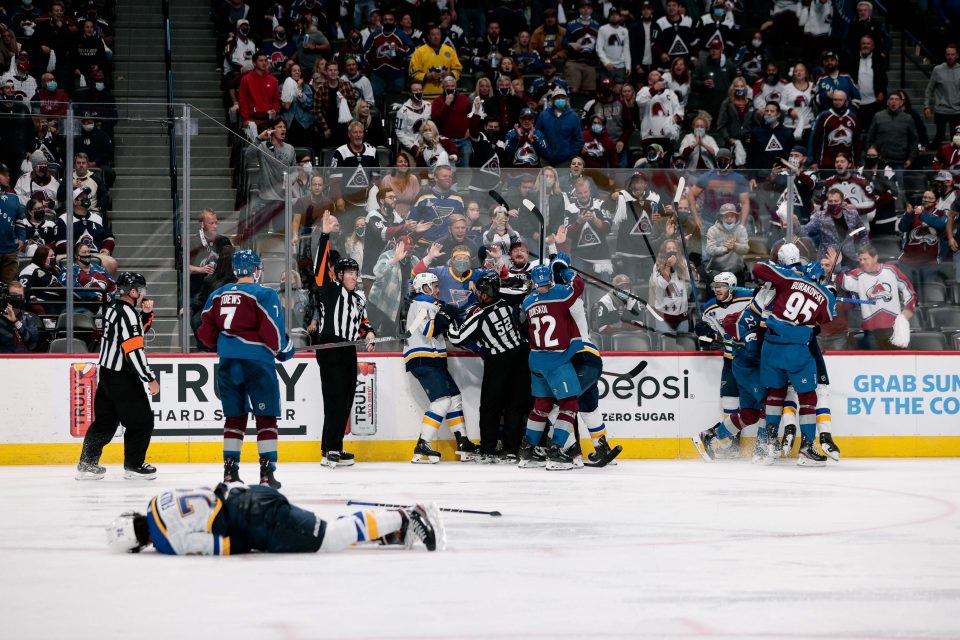 The Colorado Avalanche have found themselves with a two-game series lead over the St. Louis Blues as they look to head to St. Louis for game three. The Avs are coming off a 6-3 win over the Blues in a game that saw Nathan MacKinnon net his first playoff hat trick.

The Blues lost Justin Faulk to a big hit on Colorado’s center Nazim Kadri and his availability will be in question for game three in St. Louis. Kadri faces an “indefinite suspension” after his questionable hit on Faulk as the Avs won’t have one of their best face-off specialists for the foreseeable future.

On the scoresheet, the Avs won by three goals but the game realistically was a one goal game. Two late empty net goals gave way to an inflated score but in reality, the Avs found themselves in a game where they almost lost a 3-0 lead. The Blues will have an opportunity to take advantage of home ice, especially with the Avs missing Kadri. If the Blues look to extend this series past a four-game sweep. The value is nice here, sorry Avs fans strictly business. Blues ML +185

The last Avs game was the tale of two sides. After the Avs went up 3-0 the Blues found a way to take the Avs speedy attack away from them and equal out the total shots on goal at 35 by the end of the game. They have found a way and if they continue, this game will slow down greatly. Remember the under is 7-1 in the Blues last eight following a loss of three or more goals. Under 5.5 goals -110

Joonas Donskoi had two goals last game and was one of the leading scorers on the Avs in the regular season. He also had one of the highest shooting percentages on the Avs this year. He’s also registered a hat trick this year for the Avalanche, and his value is better than some of the Avs’ top guys on the books. Donskoi goal +185

Game three has massive implications for both clubs as the Avs look to put a stranglehold on the series while the Blues look to hold down home ice. Puck drop is 7:30 p.m. MT in St Louis.