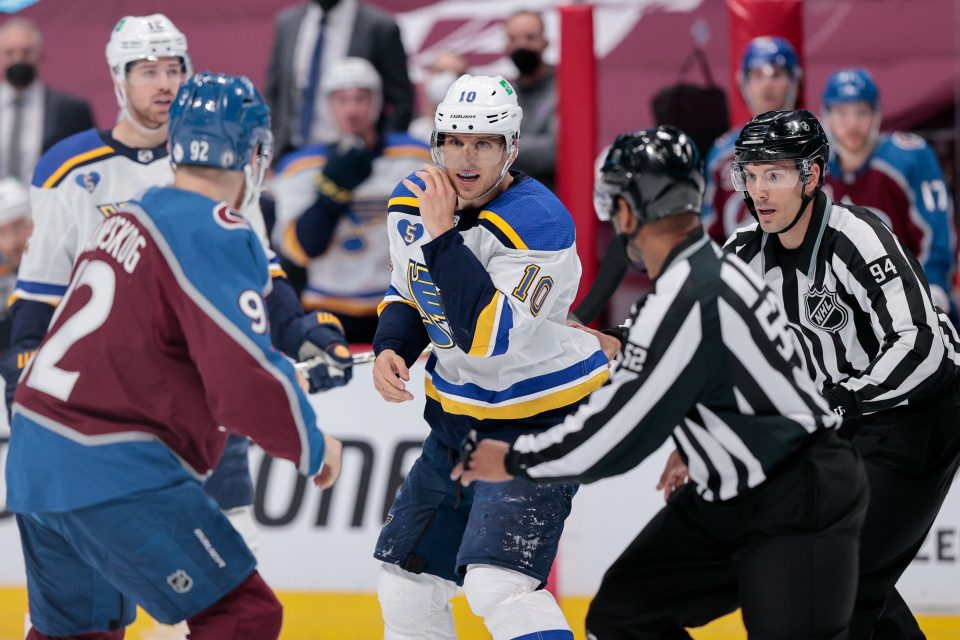 The Colorado Avalanche look to continue their dominant play and carry the momentum into game 2 against the St. Louis Blues this Wednesday night. The Avs came away from Game 1 with a commanding 4-1 victory in an evening that saw the Avs register 50 shots on goal. The Blues will want to bounce back after relying heavily on goaltender Jordan Binnington in the first game of this playoff series.

The Blues will remain without their leading scorer in David Perron for Game 2 due to covid protocol, who remains a big missing piece for the Blues. The Avs had a huge performance from their top player in Nathan MacKinnon, who scored two goals in Game 1.

The Avs took control of the first game of the series, and their top line is a major reason why. MacKinnon and Gabriel Landeskog had three-point nights while Mikko Rantanen found himself with two points. The Avs had 50 shots on the net and if not for a stellar performance of Binnington for the Blues, the game could’ve easily gotten out of hand. The Avs alone make the over for Game 2 look enticing. Over 5.5 goals -110

MacKinnon and Landeskog had a monster Game 1, but some forget how many open looks Rantanen missed during the course of the night. A wide-open look in the 1st period and another one-timer missed in the 2nd period, left him snake-bit in Game 1. He will get his in Game 2, he was the regular season leader on the Avs for scoring goals at 30 goals in the 56 game year. Rantanen goal +112

Ryan O’Reilly was quoted earlier this week saying himself and the Blues “will beat” the Avalanche in this series. While that looks miles away after that first game performance for the Blues, O’Reilly is still the captain and an elite player in the NHL. Lest we forget he netted a hat trick this year against this very Avalanche team back on April 24th. He’s going to bounce back, he knows what’s at stake. O’Reilly goal +300

The Avs have entered the 2021 NHL Playoffs ready to go, and look to continue to do so as they get set to take a firm hold on this series as they match up with the Blues once again at 8:30 p.m. MT in Denver, CO.