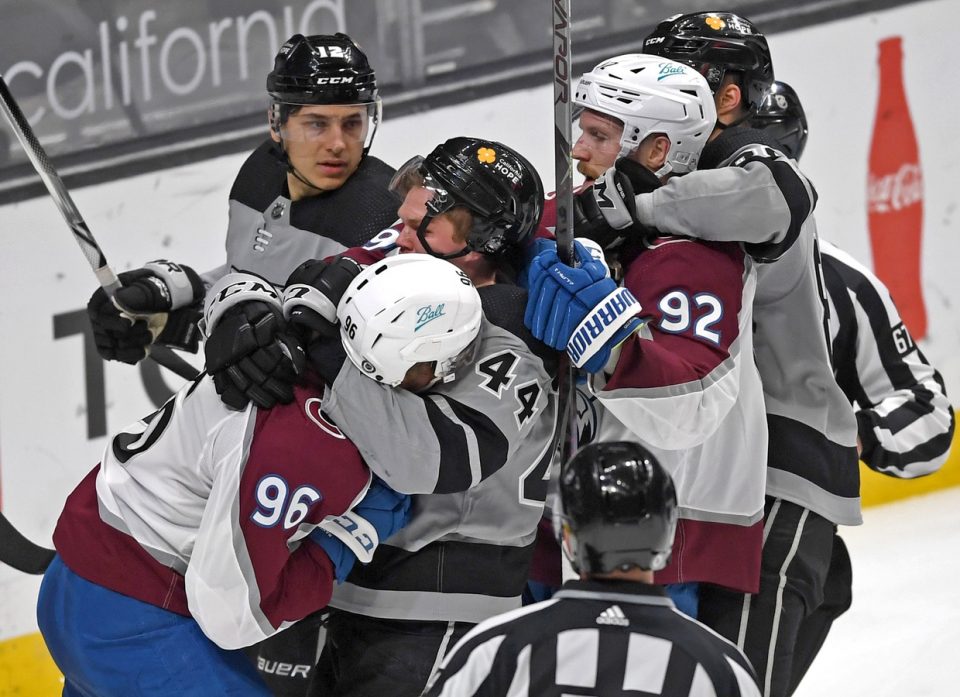 The Colorado Avalanche look to wrap their final regular season schedule with a back-to-back home series against the Los Angeles Kings. The Avs are looking to win out and claim the top spot in the West Division along with the President’s Trophy. The Kings only have these two games to wrap up their year as they fell short of the playoffs for the 2020-2021 season.

Last game the Avs found themselves outplayed in the shots department to the Vegas Golden Knights 37-21, yet came away with the narrow 2-1 victory thanks to goaltender Philipp Grubauer. The Kings have lost their last three games in a row, and are most recently coming off of an overtime loss to the St. Louis Blues.

In the six games already played the Avs hold the better record, going 4-2 against the Kings so far this year. In those six games already played only once has the total gone over five goals. Back on May 7 and 8, the Avs beat the Kings both times 3-2. I like the under here once again for the Avs. Star forward Nathan MacKinnon will likely be taking some time to heal from injury tonight which makes the under all the more enticing. Under 5 goals -108

There is really not a lot of value if you like the Avs here tonight in either their Moneyline and even their puck line. With only two regular season games left, it’s time to take the cap off and have a little more fun. Looking at some big value picks for this game that make sense to take action on? Why not look at the red-hot Avs goaltender, Grubauer to get his 7th shutout of the year? That would tie him for most in the NHL, and put him into a continued serious consideration for the Vezina Trophy for this season. Avs to win without conceding a goal (regular time) +510

Alex Newhook is about to be in the lineup for his fifth career NHL game and already the books have taken notice. He’s at +255 odds to score tonight which is higher than guys on the Avs like superstar defensemen Cale Makar. Newhook found himself with two assists last game for both Avs goals. Why not take a chance on the rookie tonight? Newhook goal +255

The absence of MacKinnon makes guys like the previously mentioned Makar all the more enticing. He’s one of the best (puck line) skating defensemen in the NHL and, without MacKinnon, he’s certainly one of the best skaters left on the Avs. Makar goal +275

Puck drop is set for 7 p.m. MT tonight back inside the confines of the Ball Arena. The all-important game for the Avs will help decide the fate of who wins the West Division and the 2020-2021 Presidents Trophy.