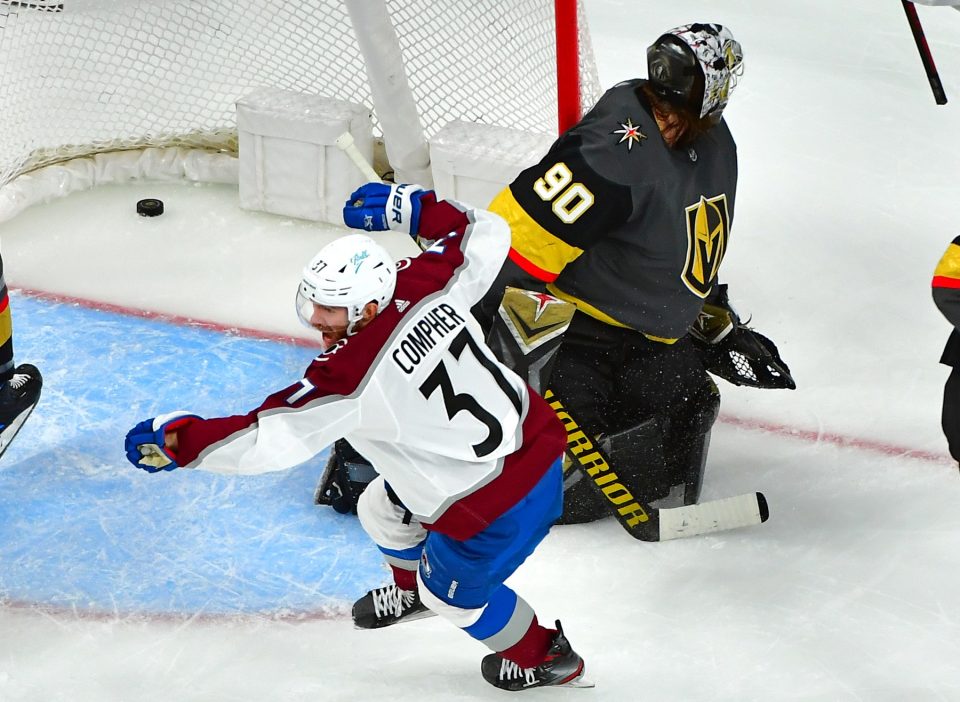 The Colorado Avalanche kick off the second round of the 2020-2021 NHL Playoffs this Sunday when they look to take on the Las Vegas Golden Knights in game one. The Avs haven’t played since this time last week, on May 23rd, when they completed their sweep of the St. Louis Blues by winning 5-2. The Knights were able to defeat the Minnesota Wild in a series that went to seven games, winning 6-2 on Friday night.

Both clubs are relatively healthy heading into the series, the Avs will miss Nazem Kadri who’s in the midst of an eight-game suspension for a hit on Justin Faulk in the first round. The Knights Brayden McNabb still remains on the sideline for Covid protocol.

It’s no secret that these two teams were going to meet each other in the playoffs this year. They were arguably two of the best teams in the entire NHL and it feels almost criminal they have to meet so early on in the playoffs. The Avs have been resting for an entire week nursing their wounds and preparing while the Knights just came off a grueling seven-game series. Obviously, the Avs have the fewest goals allowed in the playoffs being only one of two teams that have only played four games, but their goaltending is a big reason why. Philipp Grubauer has a .936 save percentage and a 1.75 goals against average. The crazy stat is the Avs through only those four games are averaging scoring five goals a game. The puck line scares me with how evenly matched these teams are, but like the Avs at home in this one. Find better value at 60 minutes. Avs 60-min line -125

Although both clubs have some of the best goaltending in the playoffs so far with Philipp Grubauer and Marc-Andre Fleury they have been scoring at a rate. The Avs and Knights both have 20 goals for and are both coming off a game that had five or more goals scored. The Avs overs were three of four for the first round and have had a week off to prepare. Like the over once again. Over 5.5 goals -110

Who else but the man who’s got six goals in the four games he’s played? Playoff MacKinnon is an animal. In his last 19 playoff games, he’s only had two zero-point games. MacKinnon goal +102

Andre Burakovsky has been relatively quiet so far in the playoffs even though he had the same amount of points in the regular season as Cale Makar (44). The top line can’t always be the one producing, and I expect Burakovsky to start to become a difference-maker for this Avs team deeper into the playoffs. With him being relatively cold through the first round, he’s got good value now. Burakovsky 1 or more points +100

The second round starts for the Avs and Knights as the two West Division powerhouses look to clash in a series that many have anticipated. Puck drop is 6 p.m. MT in the Mile High City.