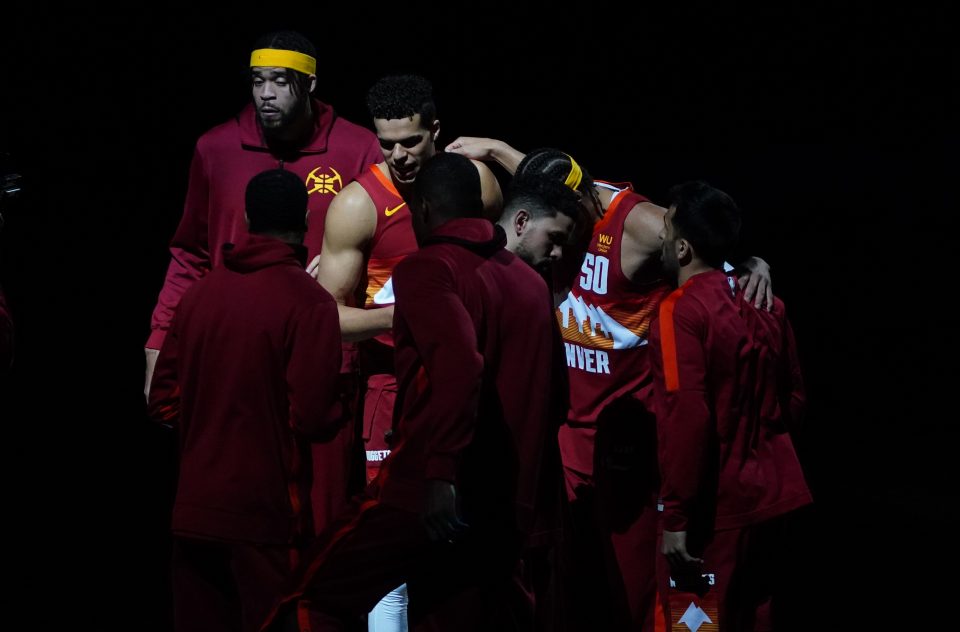 After the demolition job of the New York Knicks two nights ago, it’s not another rematch of a playoff matchup for Denver. Tonight, the Nuggets face off against the Utah Jazz in Salt Lake City, tip-off at 7 pm MST.

Denver has won four of the last five meetings against Utah, but clearly, this Utah team this season has improved. Even so, we’ve split the season series up until now, and this will be a huge opportunity to take that third game and win the season series against the top dogs in the Western Conference. The Jazz are a quality team on both sides of the court, ranking third in defensive rating and third in offensive rating as well. While Denver doesn’t fall far behind the offensive end of the spectrum (5th in offensive rating), Denver ranks 11th in defensive rating, according to ESPN. The thing that still worries me with this matchup is the same thing that gave Denver so many issues in the playoffs… three-point shooting.

The Jazz are number 1 in three-pointers attempted as well as made in the league. With that in mind, look for the Bogdanovic over 2.5 three-pointers total to hit tonight (averaging 3.25 threes made in his last 4). They torched Denver constantly from deep during the playoffs the way they stretch the game and forced our defense to collapse, then kicking out to their sharpshooters. Thankfully, with Donovan Mitchell likely out along with Mike Conley, those are two fewer threats to worry about.

On the other hand, Denver just played one of the other top defenses in the league in the Knicks and made them look foolish. It was dominance start to finish and a reward for those who watched the Lakers game all the way to the bitter end. Tonight, apart from the obvious matchup of Jokic vs. Gobert, I want to highlight that of Royce O’Neal vs. Michael Porter Jr. I think with Millsap back in the lineup due to injuries and MPJ getting to matchup on smaller guards ( O’neal is 6’4), this goes in his favor even with a slower last few games. I like either MPJ over 21.5 points or MPJ over 2.5 threes. Another potential I’ll throw out there is with 10 steals in the last two games, Campazzo over 1.5 steals seems like a fair shout, with the Jazz 17th in turnovers (for reference, Denver is 12th).

Alright, I suggested a lot tonight, so by all means, what are you NOT going to do? That’s right, you are not going to take every single one of these and are ABSOLUTELY not going to parlay these. These are solid suggestions with logic and stats to back up these suggestions. Just make sure if you aren’t confident, don’t bet it. Bet what you like and enjoy what is sure to be a great game to kick off the weekend.