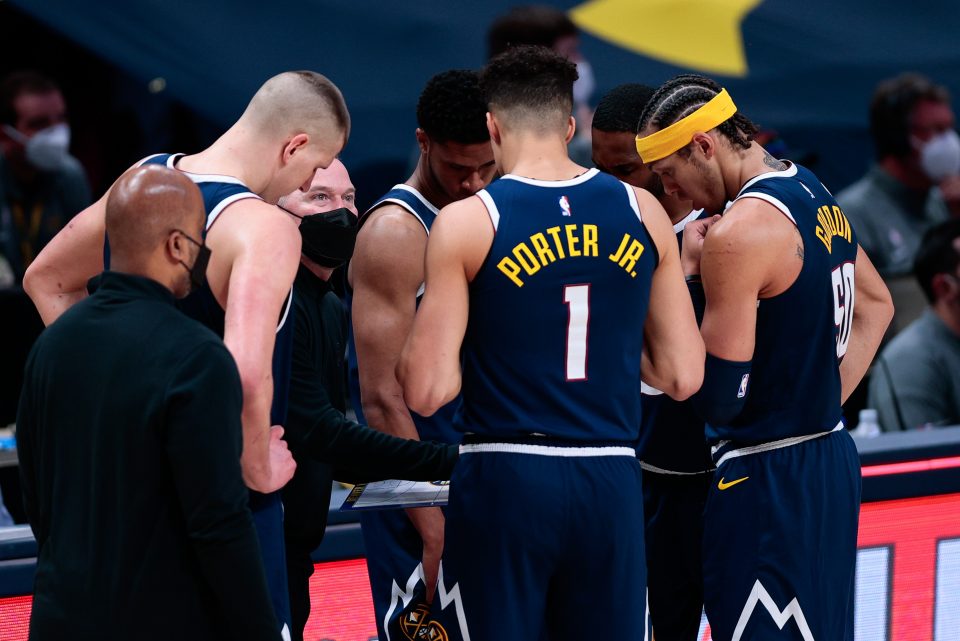 Four nights ago, the 2020-21 NBA regular season came to a close for the Denver Nuggets on a sour but purpose-driven note. It seemed certain that Denver was likely to lose that game to avoid the Los Angeles Lakers in the first round, and they accomplished just that.

Ironically, the Clippers lost their game as well, cementing Denver’s third-seeded finish ahead of the Clippers and giving Denver a first-round matchup against the Portland Trail Blazers. Enough of the last game, let’s take a look back at what was an incredible season due to difficult circumstances not just for Denver, but for the entire league, nation and world.

Not too long ago, the Nuggets tipped-off their regular season on the 23rd of December against the Kings, and thus started a tumultuous beginning to the season. There were many questions and doubts that circulated the fan base and the local media alike. Were the moves made during the offseason enough to allow Denver to make that next step into the NBA Finals? Did we let go of too many key players to our unit? Was last season the peak?

A lot of those questions were answered throughout the season, with great wins against the Suns in an OT game back in January, the Jazz a little over a week later, the Lakers on Valentines Day, the Bucks in early March. During those games and everywhere in between, Denver answered question after question, but still more came up. The one constant answer to a nationwide MVP question was Nikola Jokic, at least that’s how those in Denver saw it.

Even if we weren’t seeing eye to eye with anybody else, Denver Nuggets fans knew.

Jokic finished the season averaging 26.4 ppg, 10.8 rebounds, and 8.3 assists along with a modest 1.3 steals per game. His performances never wavered, and his presence was always felt in this Nuggets team.

When the team needed him most, you could count on him to step up and hit shots, make the right pass, or secure the rebound. He continued to be an elite closer with the ball that he has grown to be. In fact, since 2015-16, his shooting percentage in the final 10 seconds of regular or overtime attempts that could tie the game or give Denver the lead, Jokic has been 10/20, ahead of all other competitors.

With Jokic at the helm, the Nuggets began to hit a real stride in the middle part of the season. However, it was obvious with losses to the Atlanta Hawks and Washington Wizards in late February the team was missing something.

With the former all-star in the starting lineup, the Nuggets gained a level of offensive depth that was largely unmatched in the league, spurring an eight-game winning streak.

From here the Nuggets felt on top of the world, with MPJ’s newfound stature, Jokic and Murray’s consistency, Arron Gordon’s grit within the paint, and the pure depth of this Nugget squad meant they were on fire.

Perhaps the lowest moment of the season was one that feels like yesterday (or ages ago) for a lot of Nuggets fans. Losing Jamal Murray to a torn ACL was a gut punch.

I didn’t even want to get out of bed that next morning when I saw the news on my phone. It left a bitter taste leaving my mouth every time I said it for quite some time, but in typical Nuggets fashion, the team hardly missed a beat. They went 13-5 in the games that Murray missed, including a brutal stretch against some of the best teams in the league all one after another.

Lucky for Denver, they had personnel that could step up, provide depth, and assists in filling that void – some on the team and some recently acquired. It was a refreshing change of pace for Denver fans to see the office make a move on trade deadline day for a big-name player such as Aaron Gordon, and even to see JaVale McGee return to Denver. While Gordon hasn’t quite lived up to expectations that many had put on him, his defensive quality has been largely unquestioned. As for McGee, he hasn’t seen a lot of game time, but some things never change, because he has sustained that rim-protector title that will be valuable in the playoffs.

Facundo Campazzo stepped into the starting role as other guards continued to drop like flies for Denver, including Will Barton who is still unsure of any timetable on a return, and PJ Dozier who all three of which got injured while in California…coincidence? I think not.

Anyways, the 30-year-old rookie from Argentina has upped his game in the absence of Denver’s guards, enough to cement that starting role. He remains a pest on defense to anybody he covers and has managed to up his production (slightly) on the offensive end while remaining a wonderful passer.

The other story of the year, apart from Jokic being an absolute blessing to this Denver Nuggets organization and the league as a whole, is Michael Porter Jr. Over the course of the year, we as fans have gotten the chance to watch all aspects of his game improve. He has matured in many ways since his first full season last year and looks every bit of the potential many spoke of when he was first drafted.

Averaging 19.0 ppg, and 7.3 rebounds he injected life into this season and has taken up some of the scoring burdens since Murray got injured. His shooting percentages both from deep and the entire field are absolutely phenomenal. Playoff MPJ awaits and I, for one, cannot wait to see what he has in store.

With that in mind, we are reminded how lucky we are as Denver fans to witness not just MPJ’s rise to fame, but Jokic’s historic season, Murray continued fight to give everything he has to this city, as well as the countless Cinderella stories throughout the Nuggets roster. Wherever this season leaves us, we must remember just how exciting this season has been and just how much potential we have heading into the future.

As we head into the playoffs we hope you will continue to return to Denver Sports Betting to stay appraised to whatever the Nuggets odds to win become.

Thank you for your support this season!