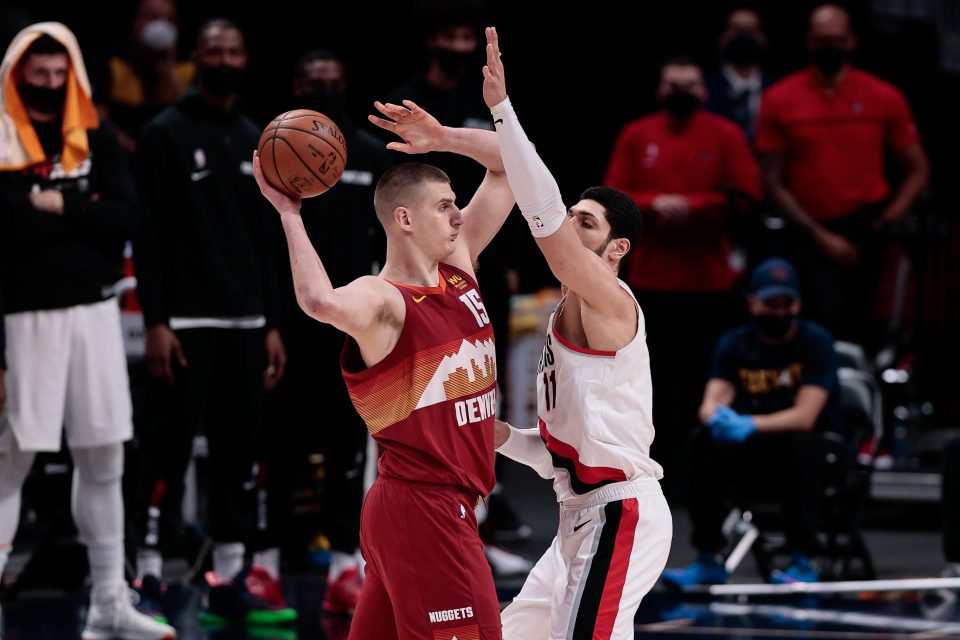 After trading blows and evening the series up at 1-1, Denver now heads to Portland for game three of this first round of the NBA playoff series. Tip-off is set for 8:30 pm MST (sighs at another late tip-off) at the Moda Center.

Games one and two were very exciting to watch, game one less so for obvious reasons. In game two you saw the fire, the passion, the intensity that got Denver ahead and they never looked back. From tip-off to the final whistle, it was a well-rounded performance from Denver, even getting scrappy at times throughout the game. Personally, I was here for it, it’s the playoffs, and it’s in Denver, let ’em’ know Nuggets nation! Now, the ball will be in Portland’s court (literally) to bounce back and regain the lead in this series.

Chasing the second trend from above, I think Portland will return that punch Denver dished out on Monday night, which is why I like Portland for the spread. In addition, both games have gone over this playoff series, and the over is 6-2 in the last 8 meetings in Portland, which again points towards the over as a solid pick for tonight’s matchup.

The man who has lead Portland the last two games will be the man once again in the Moda Center, which is why I’m looking at Damian Lillard for a couple of props. You could make a case for his three-point total, his points total, but I’m eyeing his assists total, over 8.5.

As for Denver, I like Jokic over 31.5 points. Let’s get real here… he’s been able to get whatever he wants. He’s shooting around 63% between both playoff games from the field. No matter how quiet or reserved he seems to be in interviews and in the media, he isn’t fooling us Nuggets fans, he knows how important these games are. It might be a bit aggressive for some betters out there, but it’s worth a thought without a shadow of a doubt.

Nuggets on a few day’s rest can be a problem sometimes, but only time will tell if Denver can keep the momentum going in game three. So sit back, get some adult beverages ready, open your sportsbooks, and lock those bets in!