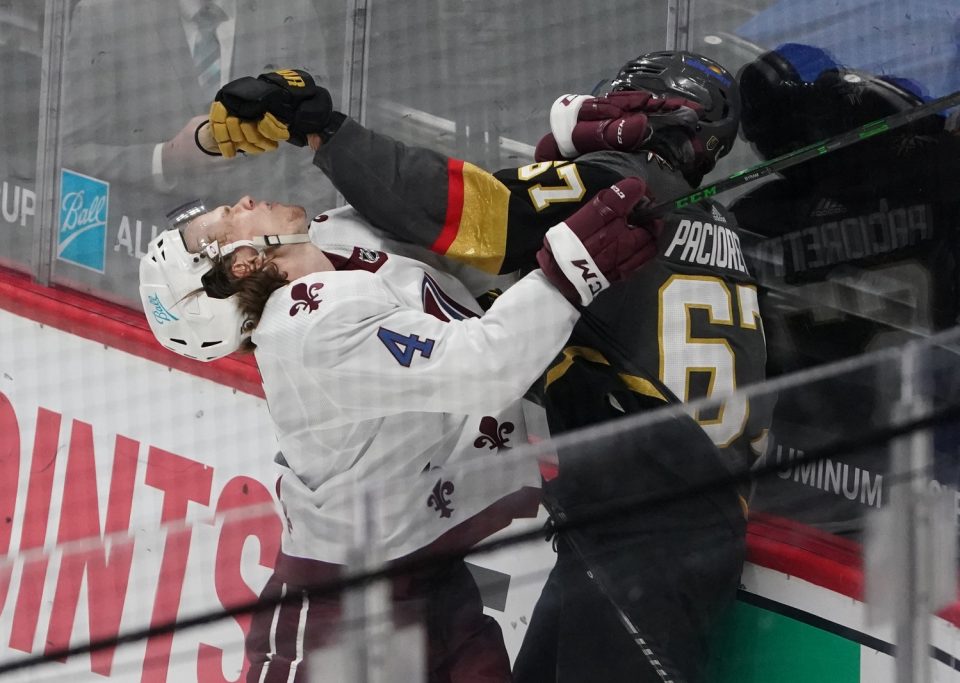 The Colorado Avalanche get set for the final matchup against the Vegas Golden Knights Monday night in the final of the eight games scheduled for the two clubs. The matchup between the two teams has massive implications as both clubs are still in contention for the final top spot of the West Division this year.

The Avs have been able to win the last two games without their star forward, Nathan MacKinnon against the Los Angeles Kings, most recently winning 3-2 on Saturday. The Knights have won the last three games and are most recently coming off of a 4-1 victory against the St Louis Blues in a game where Reilly Smith got a hat trick.

In the seven games already played this year, the Knights have the slight edge, winning four of the seven (4-3). The Avs lost the last matchup with the Knights 5-2 and have started gaining momentum as of late winning four of the last five games. MacKinnon sat out last series for the Avs with minor injury concerns and his designation is a big reason why the Avs may not have more public money on them and will shift the prior lines when official news breaks later today (closer to game time). While this game has the makings of a classic, it could also be a very closely contested match. I still like the Stanley Cup favorites in this one to put these two team at an even 4-4 split in the eight games this year. Avs ML -112

Mikko Rantanen is on pace to score more goals than he’s ever scored in a season this year, with only three games left he needs two more to break his personal best (31 goals) in a 53-game, shortened season. He’s been a monster this year and has probably made me more money on player props than any other player. I can’t begin to tell you the confidence I have in him scoring tonight. He has yet to score against the Knights this year, and that trend looks to get broken tonight. Rantanen goal +150

Puck drop is set for 8 p.m. MT tonight as the final clash of these Stanley Cup favorites is set to take place inside the confines of the T-Mobile Arena out in Vegas, Nev.