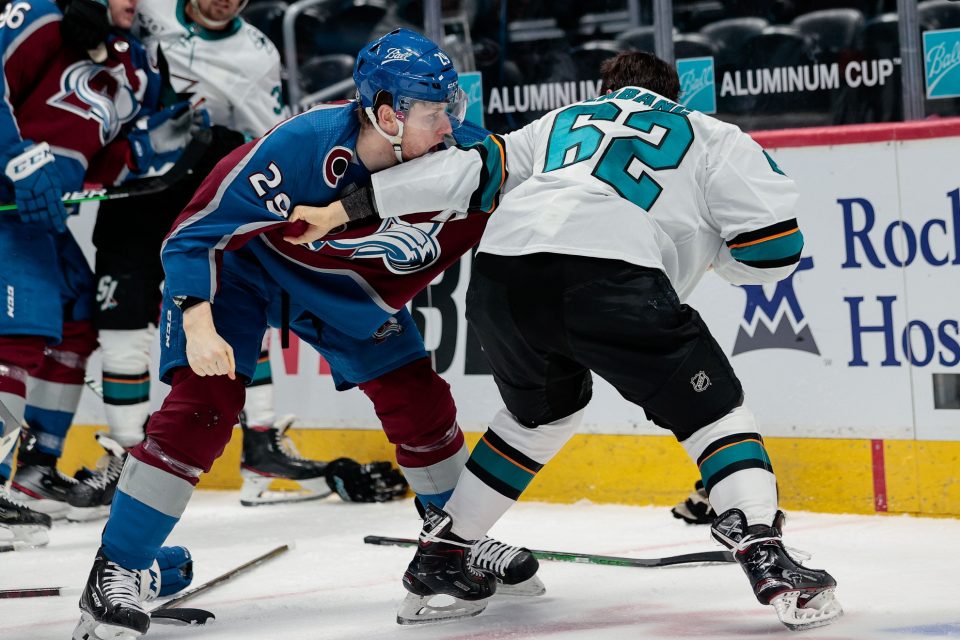 The Colorado Avalanche are looking for their third win in a row as they get set to take on the San Jose Sharks once again. The Avs are coming off a recent 4-3 victory on Saturday in a game that saw Avs star forward Mikko Rantanen get two points making that five points total in the two games since he’s been back from his covid protocol break.

The Avs are 5-1 against the Sharks in the six games they have played each other in this year. The Avs will be without some important pieces due to injury, defenseman Samuel Girard is expected to miss a couple games for injuries sustained in Friday’s game.

The Avs are not a great puck line team on the road this year (9-14) but for some bettors that want to find a way to take action this game they will be tempted to look at the value. The Avs and Sharks have met six times this year and the Avs were able to cover that -1.5 puck line four of those times. The fact they were unable to last game makes it look all the more enticing. Avs PL -107

The Avs will have starting goaltender Philipp Grubauer back in net once again as expected, and that alone might scare the over bettors. I’m looking across the ice, however, at Sharks goaltender Martin Jones. Jones hasn’t registered a win since April 9th and his save percentage is 64th in the NHL out of all goalies who’ve started this year. To put it into Avs fans’ perspective he’s got a .898% save percentage only slightly better than the Avs’ 3rd backup goalie Joonas Johanson (.894%). Josef Korenar filled in for Jones on Saturday and performed admirably, with 40 saves on 44 shots. It appears they’ll go with Jones but keep an eye on an announcement. Over 6 goals -121

Five points in the two games he’s been back from over a week of missed games tells you everything you need to know about Mikko Rantanen. He’s third in the NHL in goals, and I love that action. Rantanen goal +115

With some key pieces out like Girard and Saad for the Avs their top line guys are picking up the slack like they’ve been known to do in years past. Tonight’s no exception, if Rantanen is scoring chances are they are coming from MacKinnon’s stick. He’s fourth in the NHL in total points and has 43 assists on the year. MacKinnon 2 or more points +110

The Avs get set to continue their momentum with some key defensemen out on the road in San Jose as they are quickly approaching the postseason. Puck drop is 8:30 p.m. MT tonight.