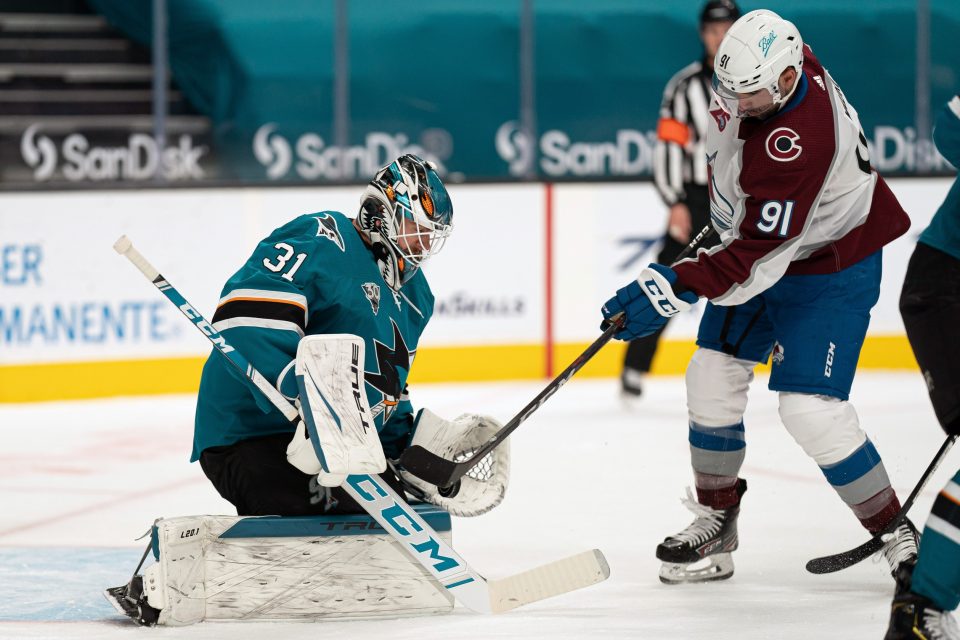 The Colorado Avalanche look to right the ship from a three-game losing streak as they get set to take on the San Jose Sharks this Friday evening. This will mark the start of a four-game series between the two clubs, as the Avs still sit in second place in the West Division with 66 points and the Sharks remain in 6th with 45.

The Avs have been without starting goaltender Philipp Grubauer and two of their top five sorcerers in Mikko Rantanen and Joonas Donskoi due to covid protocol but things are looking up as they look ready to return as early as tonight, although no official news has been released as of yet.

The Avs have missed some of their top guys due to covid and their performance after the week-long break is giving some Avs fans concern. Since coming off the stoppage, the Avs are 1-3 and getting outscored 16-10 to opponents. The last game was no expectation, they lost 5-2 to the Vegas Golden Knights in a game where they had 37 SOG compared to just 25 from the Golden Knights yet lost by three goals. The goaltending sees a dramatic increase when they get Grubauer back in net. Love the Avs to come out ready tonight. Avs to score first and win -136

For the first time this season, the Avs have lost three games in a row. They haven’t scored more than three goals since April 22nd. They have struggled to get production from some of their 2nd, 3rd and 4th line forwards these past couple of games. In fact, in the last 3 games, only their defensemen and their top two guys in Landeskog and MacKinnon have been able to score. With some guys (expected) to be coming back from covid and the fact they are back home, I like that streak to end. Avs are coming out with a vengeance tonight and the over is in their way. Over 6 goals -121

The Avs really need Nazim Kadri to step up, he’s been unbelievably silent as of late. He has not registered a point since April 5th, he hasn’t scored since March 22nd. He still finds 15+ minutes of ice time a night and registered a fair amount of shots on goal. Yet his odds are still tied for the top three best odds for Avs goal scorer tonight on some local books. Maybe they know something we don’t or maybe he still remains snake bit and saw a lot of close chances recently that just missed. Still, he is on the Avs’ second power play unit. He’s bound to get on track here tonight.

The Avs look to bounce back to their winning ways back at home as they get set for a pivotal matchup against the Sharks. Puck drop is 7 p.m. MT tonight at the Ball Arena in Denver, Colorado.