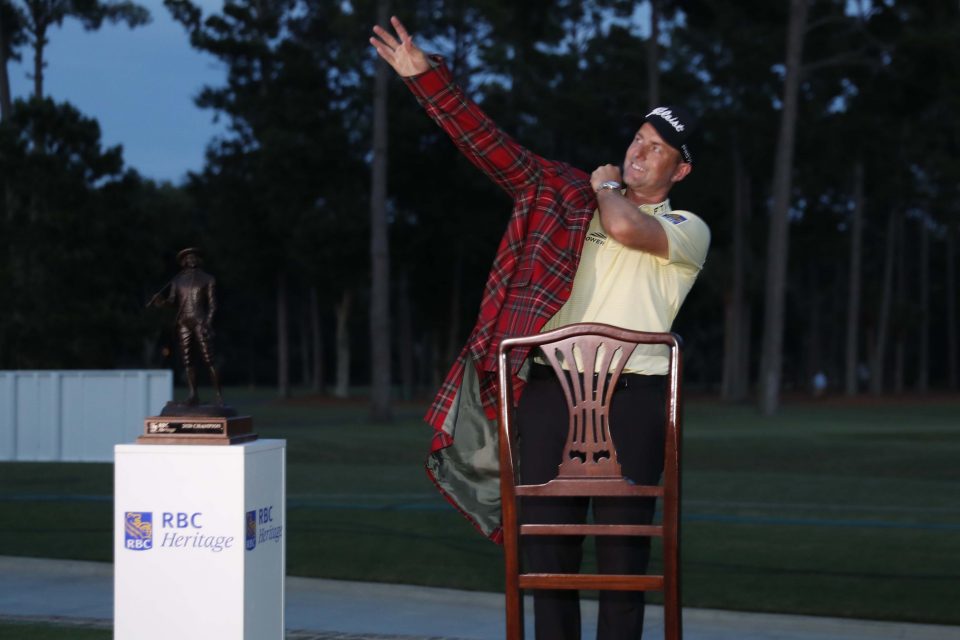 Following a dominant performance by Hideki Matsuyama to capture the green jacket at The Masters, the PGA Tour moves to Hilton Head, S.C. for the RBC Heritage.

Defending champion Webb Simpson will look to continue his strong play at Harbour Town with six top 20 finishes in his career, including a second place finish to accompany his win.

The field in general is pretty strong, something we’re not accustomed to the week following a major. Dustin Johnson, Patrick Cantlay, Collin Morikawa, Cameron Smith, Daniel Berger and Tyrell Hatton are among other world class golfers in South Carolina this week.

Harbour Town Golf Links is the course the tournament is played at and features small greens that really put an emphasis on second shot players that thrive with irons in hand.

With that in mind, here are some bets to consider when handicapping this tournament, odds courtesy of SuperBook Colorado.

Collin Morikawa +2000 to win, +200 Top 10, -110 Top 20: Morikawa played his debut tournament at Harbour Town last year and finished T64 at 5-under-par overall. Morikawa shot all of his first three rounds in the 60s before carding a 74 on Sunday. If he can avoid that kind of round Morikawa has the iron play to really take advantage of this golf course.

Corey Conners +275 Top 10, +150 Top 20: if you’ve been following the Denver Sports Betting golf content, by now you should realize that Conners is one of our favorite players to target, especially on a course such as Harbour Town that fits the strength of his game. He was one shot off the lead going into Sunday last year at this event and finished in 21st place. Conners is certainly worth considering as an outright bet but I prefer Morikawa there and stick with the safer bets for Conners.

Russell Henley +250 Top 20: Henley is fresh off a third place finish at The Honda Classic and, like Morikawa and Conners, has the kind of game we’re targeting this week. He ranks 8th on Tour in Greens in Regulation and overall is 34th in the ball striking stats. He’s also 27th in driving accuracy so should be set up in good position to take advantage of this kind of course.

Matthew NeSmith +400 Top 20: NeSmith finished T33 here last year and has two consecutive finishes inside the Top 40 at The Honda Classic and the Valero Texas Open. He’s first on the tour in Greens in Regulation and T3 overall in ball striking stats. He’s 8th in SG: Approach the Green. Look to NeSmith as a sneaky play this week and somebody that could certainly finish in the top 20.