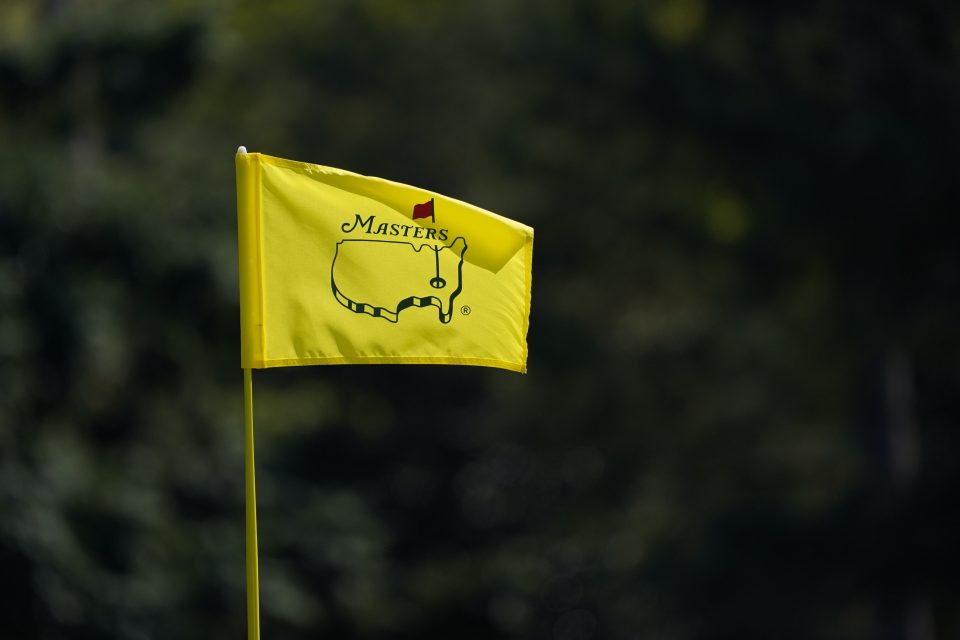 Happy Masters week! It is absolutely one of the best weeks of the year. Us golf nuts will sit our asses on the couch for four straight days, only leaving in the evening when things wrap up for the day.

At Denver Sports Betting, Chase Howell and our golf guy Dan Orencole will be providing wall-to-wall coverage including breaking down some matchups and live betting.

To start off the week, Dan and Chase offer out some of their picks for the week. They have things broken down into tiers based on odds. So whether you are looking at longshots or the favorites, they’ve got you covered.

If you’re looking to bet on The Masters, be sure to check out our friends at SuperBook. They have some of the best golf odds in the business and they are offering an incredible bonus. Earn a $50 bonus for every hole-in-one during The Masters. No opt-in required, just sign up. 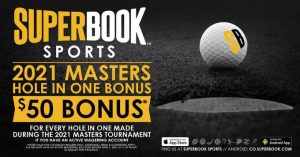 Am I excited to be betting on Spieth at 10-1? No, I wish I would’ve taken him a long time ago. But I cannot ignore that he is probably going to win this golf tournament. Some people just have it at Augusta National and Jordan might be one of the best Augusta players we have ever seen. Spieth has an advantage on the greens, he’s talked about it extensively on various podcasts. He knows them better than anybody in this field. And when he’s playing this well, how can you ignore him here? Yeah, it’s a very short price but if you can already see the future, wouldn’t you bet on it? Jordan Spieth is your 2021 Masters champion.

The narrative is no secret by now — Finau is a worldly talent but can’t close on the big stage. With three straight 2nd place finishes, it’s hard to argue that point. But this week that ends. Finau has the game to compete with any golfer out there and his game is suited well for Augusta National. He has finishes of 5th, 10th and 38th place in his three starts. For Finau, it’s all going to come down to his putting game, no shock for most of the premier players when it comes to Augusta National. With a pair of missed cuts recently, there may be more value on Finau. I like him a lot to be there Sunday and come through with his first major victory as somewhat of a sleeper it seems early in the week here.

Sungjae Im made his first appearance at Augusta a few months ago and he finished T2. That’s got to tell us something about how his game fits the course. He also hasn’t missed a cut since November 22, coincidentally the tournament following the 2020 Masters. During that stretch, he has finished T14, T5, T12, T17, T17 and T8. Im is due for another win and those of us that have followed golf closely over the last few months would not be surprised to see it come at Augusta.

Since the Waste Management Open in the beginning of February, Scheffler has finishes of T7, 5th and 2nd. He is one of the hottest golfers of the spring. We have also already seen him have some success in majors with a fourth place finish at the PGA Championship in 2020 and a T19 finish at last year’s Masters. He admitted to having lots of nerves during his first Masters appearance. I love how his game sets up for the course. He’s got incredible shot-making ability, he can move it both ways and his short game keeps getting better and better. He might still be a little inexperienced for this event but I have a feeling he will win at Augusta eventually.

These two guys are entering their prime years, Smith at 27 and Fitzy at 26. The two have had solid showings at Augusta in their careers.

Smith finished T2 in last year’s edition of The Masters and somehow didn’t come out on top after shooting all four rounds in the 60s. Smith has never missed the cut at Augusta and is having a stellar campaign thus far with 10/11 cuts made and three Top 10s. His recent form is solid with a 17th place finish at THE PLAYERS Championship, a 11th place finish at the WGC-Workday Championship and a 4th place finish at The Genesis Invitational. Smith is a great bet to be in the mix come Sunday.

Fitzpatrick has made the cut in five of his six appearances at Augusta National. The big thing with Fitzy for me is his ability to catch fire with his putter. If that happens, the whole field will be on notice. A solid all-around game and impressive recent form with finishes of 17, 5, 11, 10 and 9 over his last five starts on tour provide plenty of optimism for the young stud from England to once again make the cut and have a chance to be in the mix come Sunday.

The Kuch is back. After a tough 2020, Kuchar is starting to round into form. He finished third at the WGC matchplay and T12 last week at the Valero Texas Open. He’s as solid of a player as you’re going to find when he’s in form. And he’s even more solid at Augusta National. After making 10 straight cuts, he missed his first cut at the Masters in 2020. During that time, he’s had finishes of T3, T8, T5, T4 and T12 and finished in the top 30 nine of those 10 years. He’s good at Augusta. He’s in great form. This seems like tremendous value at 100-1.

Simply put — this man gets no respect. He’s like the middle child that gets bad grades and the parents expect little out of but then he shocks the family. For the amount of respect, I show Conners I might as well be his parent because I’ve been all over Conners in the betting and DFS markets. This week is no different, shocking right? He’s 2-for-4 making the cut at Augusta National, which may play into these odds. In 2020, however, Conners finished 10th. At 29 years old the “Canadian Stallion” (my nickname for him) is playing not only the best golf of his career but some of the best golf in the world. Over the last three seasons only one player has ranked in the Top 15 in the world in both SG: Off the Tee and SG: Approach the Green and that is this horse right here. Since his 2020 Masters T10, Conners has had finishes of 10, 17, 37, 17, MC, 3, 7 and 14. Look for Conners to continue his stellar play this week in Georgia.

If you follow our stuff, you know I love the Bez. He hasn’t missed a cut since Oct. 4, 2020. Since then, he’s won twice (on the European Tour) and has finished in the top 15 six times. He has spent most of the spring in the United States and has found some success already on the PGA Tour. In 2020, his first appearance at Augusta, he finished T38. He is the guy that nobody’s talking about that’s going to be on the leaderboard on Sunday. I can already picture it in my mind. 200-1 is incredible value on a guy that has been playing so well. Bet him to win, top 10 and top 20.

First let me say, betting a guy at these odds should be an extremely small bet or not a bet at all but more of a T20, T30, H2H, etc type of bet.

For Champ, it really comes down to comparison for me of a guy who’s been a former champion at Augusta, Bubba Watson. Champ has that bomber kind of profile to him and this will be his second appearance at Augusta after a T19 last season in his debut. Champ has the talent to win here or miss the cut by a wide margin with such a hit-or-miss golf game and being ranked last in SG:Putting. If Champ is on his game and making putts, he can once again have a similar performance to last year’s edition.

Ortiz is a golfer I really have a soft spot for. Similar to Conners, Ortiz is 29 and also playing the best golf of his career, highlighted by a win at the 2020 Vivint Houston Open, which earned him an appearance this week. Now ranked in the Top 50 in the World, Ortiz can really get hot on a golf course. He ranks 63rd in SG:Putting and T30 for Birdie Average. Ortiz will need to play the Par 5s and Par 4s strong, which has been the strength to his game, ranked T10 on Tour in both. On Par 3 scoring average Ortiz ranks T61 on Tour. Like Champ, with longshots I like to look at guys who can get real hot on the golf course and both of these guys have the talent to do just that.