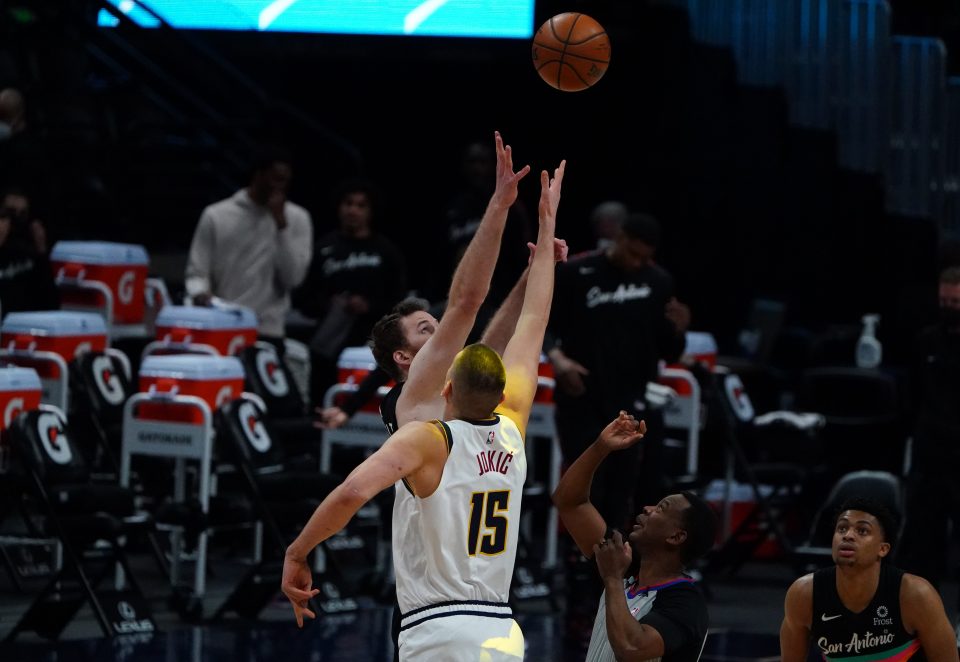 After a victory two nights ago against the same opponents, Denver will tip-off once again against the Spurs, and this will be the final meeting in the regular season between these two teams. The game will start at 7 p.m. MST.

Two nights ago, it was Denver who had to grind out a 10-point victory after a not-so-great performance. Loads of turnovers, unspectacular shooting, it just wasn’t the prettiest of games. However, there’s no getting around the fact that Spurs are outmatched here, and having Aaron Gordon to help against Demar Derozan is a big plus on the defensive side, demonstrated by Derozan only getting 14 points (he averages 20.4 per game). With that side of the game for Denver greatly improved, their offense has a bit more wiggle room, even when they turn the ball over 19 times as they did in that last matchup. Without question, that will be a point of emphasis for Malone and co. tonight, as they won’t want to test their luck again with Spurs only able to get 13 points off those turnovers.

It wasn’t just turnovers that caused this game to be closer than it should have; shooting was definitely off, especially from deep. Denver shot just 30.8% from beyond the arc, but look for that to take an upswing tonight. Dejounte Murray of the Spurs hit two last game, and I’m taking the over for his .5 three made total, given the Nuggets are still not good 3-point defenders. On the season, Murray is only a 33.4% shooter from deep, but having sunk two the previous game, he’ll be trying his luck again tonight and one? Come on.

While Will Barton struggled and just barely covered his 13.5 point total for the over, it’s that exact reason I am expecting him to have a better game (certainly better than 3-13 from the field) and take the over 14.5 points for Barton.

If Denver can continue to crash the glass on both ends and take care of the ball tonight, look for Denver to end this last game of the season series against San Antonio on a positive note.