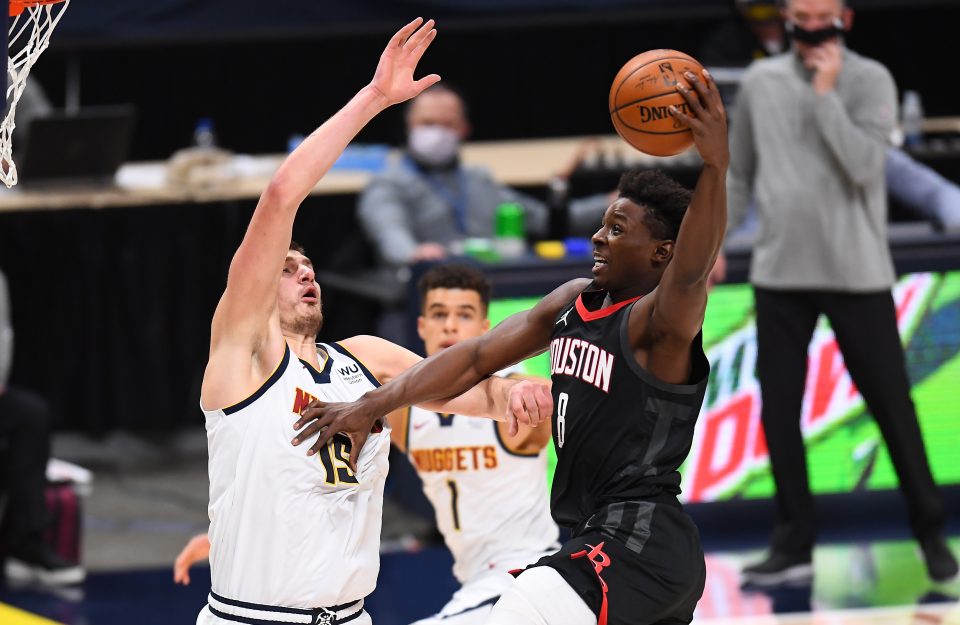 Was the smackdown of the Miami Heat last game just luck, or was it actually a sign that Denver will be okay? Only time will tell, one thing is for sure, the Nuggets will not shoot that efficiently from 3-point land in many games, but when they do my god it is fun to watch. Denver will want to maintain that momentum against a Rockets team sitting next to last in the Western Conference. This game is set for a 6 pm tip-off MST… let’s take a look:

Houston is BAD, just wretched. Ranked 23rd in points per game on offense, and 25th in points allowed per game, all good signs for a Denver team who even without Jamal Murray, is a much better team, but is still a team on the mend figuring out new rotations and even roles for some players. In addition, Houston isn’t a great rebounding team, leaving room for an Aaron Gordon or even Will Barton to crash the glass. After a rough shooting night, I’d look for value in the package for Gordon over 19.5 points +rebounds, or you could simply take over 13.5 points for Aaron Gordon. Gordon will likely be asked to take on a bit of that scoring void left by Murray, and if the Miami game is anything to go off, he is very capable of doing so.

From a Houston perspective, the 3 ball remains the biggest threat, as that is always a pressing issue for Denver. This is why id take Christian Wood’s 3 point total over 1.5 (-188). That, or Kelly Olynyk over 13.5 points are the props calling my na,e.  Being honest, it’s hard to find a ton of value here in this game with Denver such big favorites, but by all means if it is found reach out to us on Twitter and let us know!

Houston will score, even given in their last 4 games they are averaging 117.5 per game. The only reason I haven’t recommended the over on the total is because the trends are shouting two completely different things, and I want the picks I give out to be ones I am confident with.

There you have it, folks. The information is there to take in, and the bets are waiting to be made!