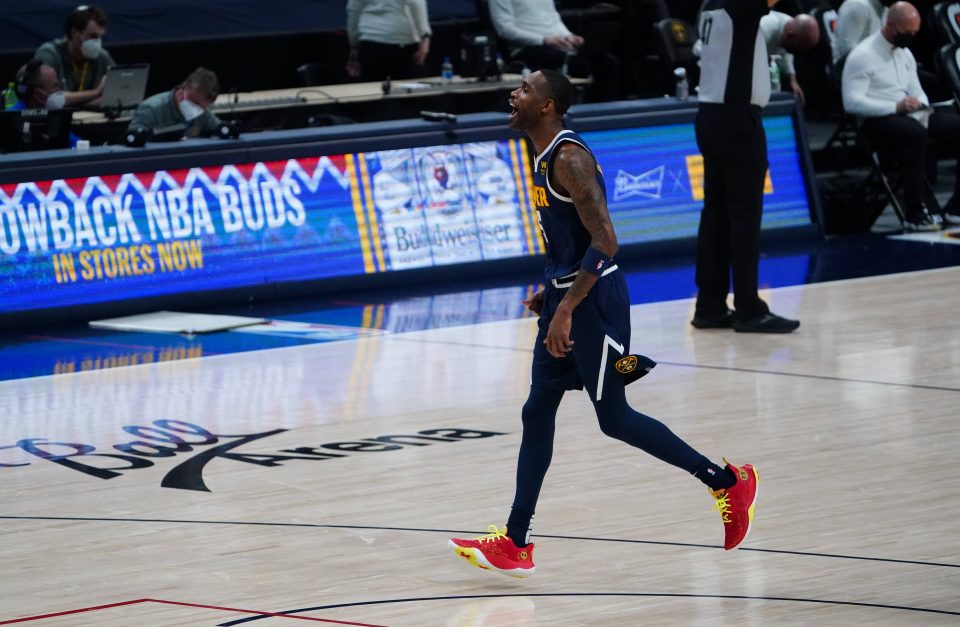 The streak is over, and it’s time to hit reset and hit the road for Denver. The Nuggets take on the Warriors at 8 pm MST at the Chase Center.

Scoring is coming at a premium lately for Denver. They’ve managed to win games, but in their last three are averaging just 104 points. To end the Celtics game, they were on the wrong side of a 31-3 run which was absolutely abysmal to watch and it was an unfortunate way to watch our unbeaten run come to an end.

If there’s one thing Denver can exploit in this Golden State matchup, it’s on the glass – the Warriors are 30th in rebounds allowed to opposing teams, something the likes of Michael Porter Jr., Nikola Jokic, and co. should look to take advantage of. Their struggles aren’t just on the defensive rounds, as Golden State is also 29th in offensive rebounds allowed which hopefully leads to a fair amount of second chance opportunities. For that reason, I’ll put the idea of MPJ points+rebounds over 28.5 out there for this matchup. He had a rough go last night, but there’s almost no way he can shoot that bad from deep again… right? (As I knock on wood).

On the opponent’s offensive end of the game, Golden State ranks no. 1 in assists, and I like Curry over 5.5 in this game tonight.

While this will by no means be an easy game, this is a great chance for Denver to get back on track with Golden State struggling as of late. This game also poses an opportunity to climb the table with a win tonight. Going hard on the glass and making the most of any second chance opportunities should be the focus tonight along with taking care of the ball.

Alright, there are some picks for you, the reader! Make what you will of this info and enjoy the game!