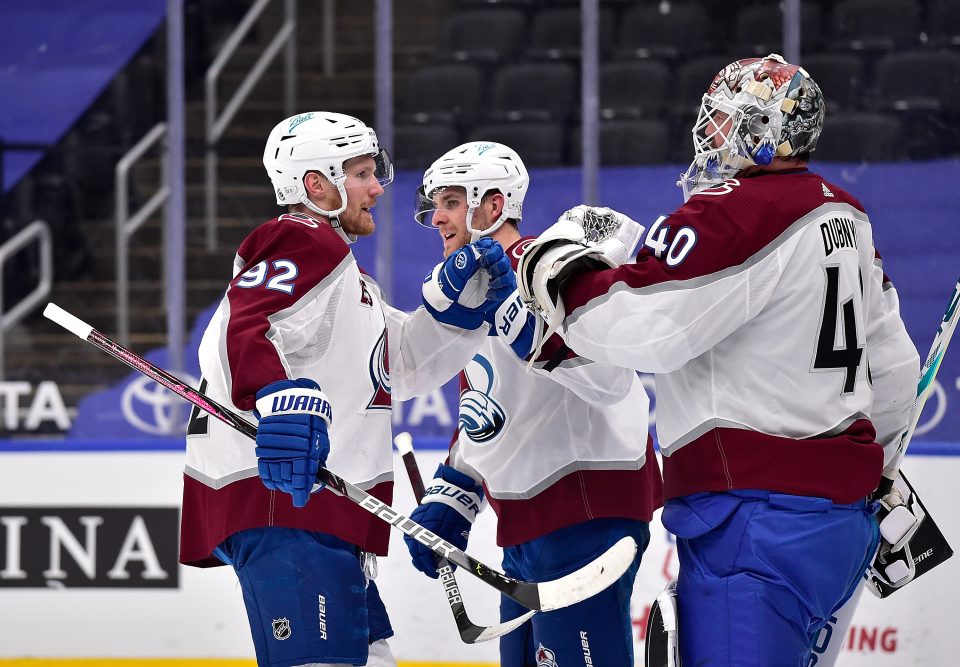 The Colorado Avalanche take on the St. Louis Blues this Saturday for the seventh time this year. The Avs are coming off of a 4-2 victory Thursday night in a game that saw Avs super start Nathan Mackinnon extend his point streak to 12 games after getting a trio of assists. That’s the longest in the NHL right now.

The Avs clinched a playoff spot with the most recent victory and currently reside in second place in the West Division with 66 points through the 44 games played.

The Blues are still one point out of the playoff race as they sit only behind the Arizona Coyotes, although with three fewer games played.

Questions arose if the Avs could be capable of bouncing back after their week-long covid break without goaltender Philipp Grubauer and Mikko Rantanen, and they quickly put those questions to bed. This team has one of the highest winning percentages in the NHL since the start of March, and they don’t look to be stopping now. Oh, by the way, they might have found their backup goaltender fix in Devon Dubnyk too. Blues are 3-6-1 in their last 10. Avs PL +160

The over/under was a push last game, and there was good reason to think the under was a legit look as the Avs were slated for a slow start from the covid break. They did start slow….for one period. This time no need to look outside the box, Avs overs are 12-5-1 in the last 18 games of them being the ML favorite. Over 6 goals -107

The man himself, Nathan MacKinnon, has himself quite a long point streak and after a three-point night last game. He also had five shots on goal last game as well and logs 20+ minutes of ice time. It’s high time someone dishes him a geno. MacKinnon goal +116

The Avs have found themselves in the playoff once more, but the Blues need to string together some wins to find themselves back in the Stanley Cup Playoffs. Game time is set for 1 pm MT within the Enterprise Center.