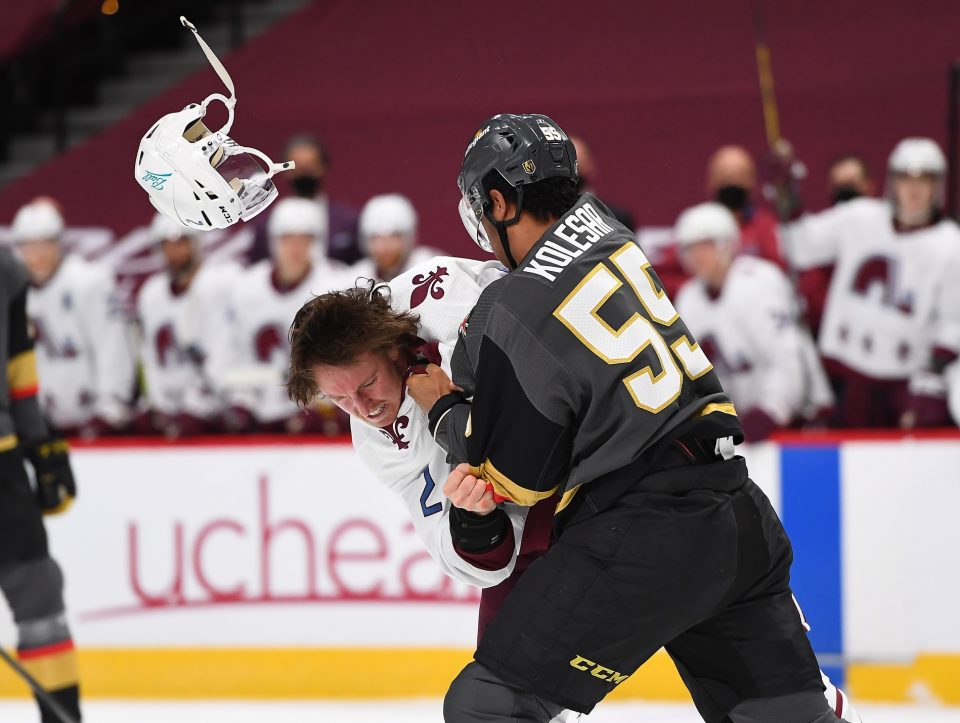 The Colorado Avalanche look to end a two-game losing streak as they travel to Vegas to play the West Division-leading Golden Knights. This will mark the seventh game between these two clubs this year. The Avs and Knights are 3-3 in the six prior matchups this year and both have 11 regulation losses this year.

The Knights are one of the most red-hot teams in the NHL as they’ve won their last nine games in a row and are most recently coming off a 5-1 victory against the Anaheim Ducks.

The Avs have missed the presence of star forward Mikko Rantanen and starting goaltender Philipp Grubauer as they lost the last two games to the St. Louis Blues.

Denver Sports Betting looks to preview this game from a betting perspective.

The Knights are on a tear lately and look to be one of the best teams in the NHL at the moment. If history proves correct from this year, these two teams are far too evenly matched to take the action on a puck line. I love the Avs value on the ML for this game, although they are expected to be without Mikko Rantanen and goaltender Philipp Grubauer at least one more game. The Avs haven’t lost more than two games in a row this year, I don’t expect they will lose for the third time. Avs ML +108

With two teams that are evenly matched when it comes to betting on hockey, I tend to look towards 60-min lines as you can find great value. Out of the six games, these two teams have played each other in, four of them were within a goal. The Avs lack some big names on their team right now between injury and covid protocol, this one could go to OT. 60-min line tie +325

Nathan MacKinnon is on fire with a 14-game point streak, and while he’s a good look for prop bets you may find better value with the guys around him. MacKinnon has 41 assists on the year and I like the people who play near him to reap the benefits especially with better value on the books. Landeskog is a guy who called the team out last game by using some profane language, he knows as the captain that this team needs to be ready to take on the division leaders. Landeskog goal +235

Puck drop is set for 7:30 p.m. MT in Vegas as the top two teams in the West Division set for a monster matchup between two of the leagues very best.