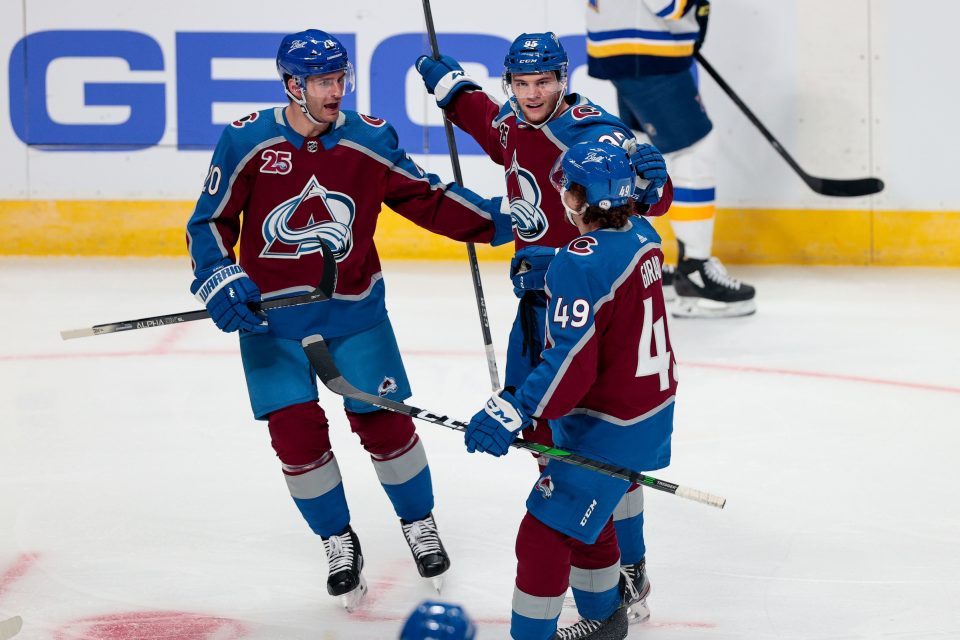 The Colorado Avalanche look to remain at the top of the NHL standings this Wednesday as they get set to take on the St. Louis Blues for the fifth time this year. The Avs are currently riding a three-game win streak after coming off of a 4-2 victory against the Arizona Coyotes in a match that saw Nathan MacKinnon, Mikko Rantanen and Cale Makar all accumulate two points on the evening.

The Blues are riding some momentum of their own coming off of an overtime 3-2 victory against the Minnesota Wild and notching their third win in a row. The Blues currently sit 18 points behind the Avs in the West Division as they get ready to take them on four times in their next six games.

Denver Sports Betting looks to preview this game from a betting perspective.

Summary of the matchup.

In the four games already played this year between these two clubs, the Avs boast the better record winning three of the four games. In those four the over has only hit one time, the puck line has split the difference going 2-2. The Avs last 10, the over/under is 5-5, the Blues it’s 3-7.

The Blues are one of the worst PL teams in the NHL, the Avs are coming off of a somewhat aggressive trade deadline to which Vice President of Hockey Operations Joe Sakic, admitted that there’s no holding back now, the Cup is the goal this year. The Avs have the best goal differential in the NHL at +52. Love the value at the PL tonight. Avs PL +130

The Avs have only hit the over once in their matchup with the Blues this year. The over is 4-1 in the last five road games for the Avs, this is a team that’s capable of hitting the over any given night on their own. The Blues are scrapping their way to a playoff spot, they need to win as many games as they can going forward. Over 6 goals +102

The Avs are one of the best second period teams in the NHL, they have 56 goals scored in the second this year which is second-best in the NHL. Over 2 goals in the 2nd period +110

At the rate Nathan MacKinnon is playing his goalscorer prop seems almost like free money. In his last five games he’s registered 9 points scoring in 4 of those 5 games. MacKinnon to score +110 and MacKinnon 2+ points +150

Ryan O’Reilly scored a hat trick two games ago, he scored last game, and he scored last time he played the Avs on April third. He’s a good look here once again. O’Reilly to score +265

The Avs and Blues get set for puck drop at 5:30 p.m. MT tonight as both teams are making their final push into the postseason.