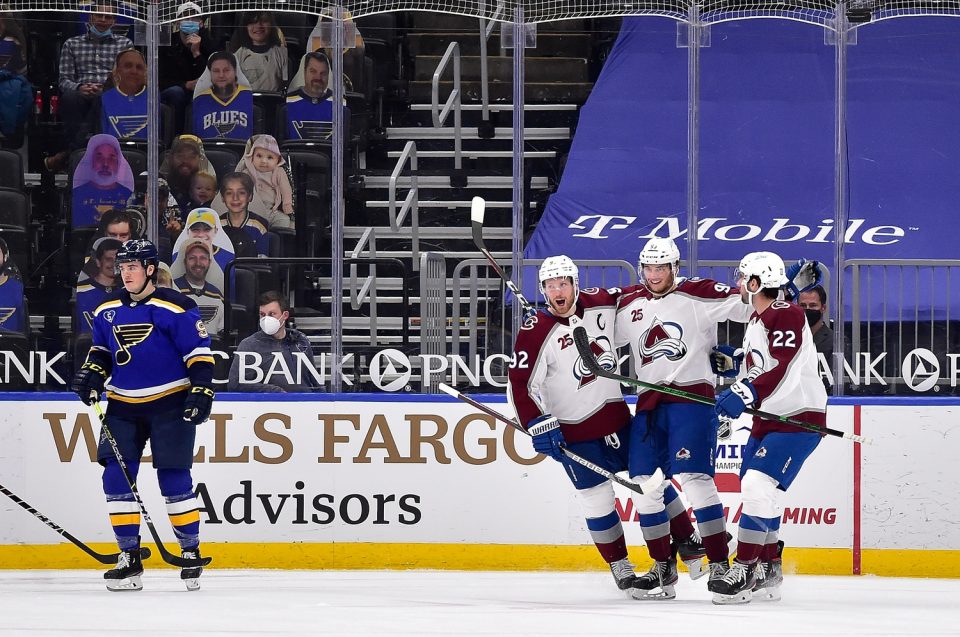 The Colorado Avalanche wrap up their regular season series against the St. Louis Blues this Monday for game eight between the two clubs. The Avs are coming off of a 5-3 loss on Saturday in a game that saw Avs superstar Nathan Mackinnon extend his point streak to 13 games after another three-point game netting one goal and two assists. The Blues captain, Ryan O’Reilly got a trio of goals for a hat trick on route to leading his club to their 20th win of the season.

The Avs lacked discipline as they surrendered the game-winning goal on a penalty kill in the 3rd period and ended their five-game win streak as a club overall and as a club against the Blues this year. The Avs are 5-2 on the seven games played against the Blues and look to get back to their winning ways.

The Avs blew a two-goal lead against the Blues last game due to poorly timed penalties and while the Blues are desperate to win the game to make the playoffs they still have only beat the Avs twice in seven matchups this year. The Avs have proved they are one of the best bounce back teams in the NHL following a loss this year and the Blues still remain one of the worst puck line teams in the NHL. Avs PL +148

The under is 13-6 in the last 19 Monday games for the Blues, the under is also 4-0 in the last 4 games after a night where the Blues opponents let in five or more goals. The Avs still have the second least amount of goals allowed in the NHL while the Blues have the 20th ranked offense when it comes to goals for this year in the NHL.  Under 6 goals -112

With the continued absence of Mikko Rantanen and Joonas Donskoi, some of the other Avs not named Nathan Mackinnon have to step up. A guy who fits a similar style to Rantanen that is ALSO almost 6-foot-3 and 200+ lbs is Andre Burakovsky. He also happens to have a 17% shooting percentage which is the same as Rantanen. Time for him to step up once again. Burakovsky goal +225

Anything prop-related on Nathan MacKinnon at this rate is not a bad look. In the last two games against St. Louis, he has six points, he’s on a 13-game point streak and plays 20+ minutes a night. He has 16 more points on the year than the Blues leader Ryan O’Reilly. I like his value at 2 or more points tonight. MacKinnon 2 or more points +120

The Avs look to bounce back to their winning ways with their next goals set on winning the West Division and possibly the 2021 NHL Presidents Trophy for the year. Game time is set for 5 p.m. MT within the Enterprise Center.