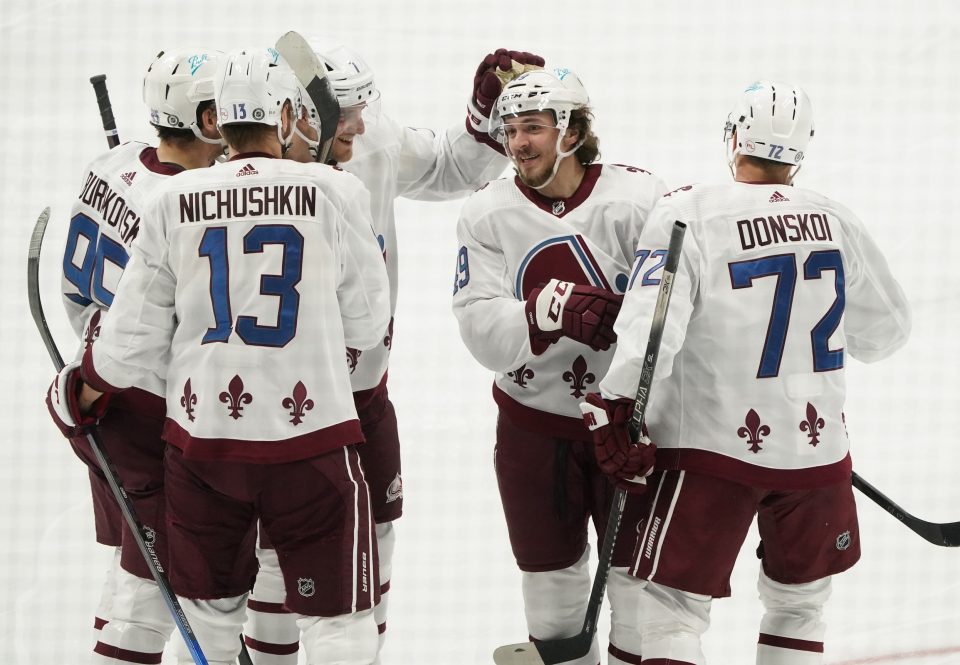 The Colorado Avalanche continue to roll as they now look to extend their point streak to 16 games up in Minnesota at the Xcel Energy Center when they get set to play the Minnesota Wild once again.

The Avs scored four unanswered goals in the second period and rode the momentum into the third period as they would eventually hold on to the 5-4 win against the Wild.

The two teams get set to conclude their regular season matchups Wednesday night, the last of the eight games these two teams have seen each other in the regular season.  In the seven games already played this year the Avs have won five of them and outscored the Wild 28-17 in doing so.

Denver Sports Betting looks at this matchup from the betting perspective.

In sports betting, the trends are something to look out for. Most seasoned bettors see a long-standing trend and the value that lies on the opposite side of it. That’s what makes me nervous when betting the Avs who are on a 15-game point streak. It’s bound to end anytime now hence why last game saw the Wild as the smart ML play. After watching the Wild play quite possibly one of their best periods all season in the first period only to surrender four goals the next period in the blink of an eye to the Avs, makes it very hard to bet against the Avs right now. Taking the (better) value at the 60-min line here. Avs 60 min line -122

As crazy as it sounds, I still think the under is a good play as I did last game that ended with 9 total goals. If you consider how good both clubs’ goaltending is — with Philipp Grubauer with a .926% save percentage and Cam Talbot at .924% — it’s a look I still like, the under has been quiet in Avs games lately, too quiet.  Under 5.5 goals -114

Nathan MacKinnon is on a roll; he scored last game and has had four goals in the last 3 games. Even when he’s not scoring, he’s involved on the assists, he’s got 31 of them this year. I like his 2+ points here. MacKinnon 2 or more points +145

So Samuel Girard hasn’t scored since March 16th but is immensely involved in the Avs blue-line attack, especially on the second power play. He’s way overdue to get himself a goal with the ice time he’s logging (23+ minutes a night). That means his value is through the roof. Could be a fun look for a big payout. Girard goal +650

The Avs get set for puck drop at 7 p.m. back inside the Xcel Energy Center as they look for game 16 in a row with points.