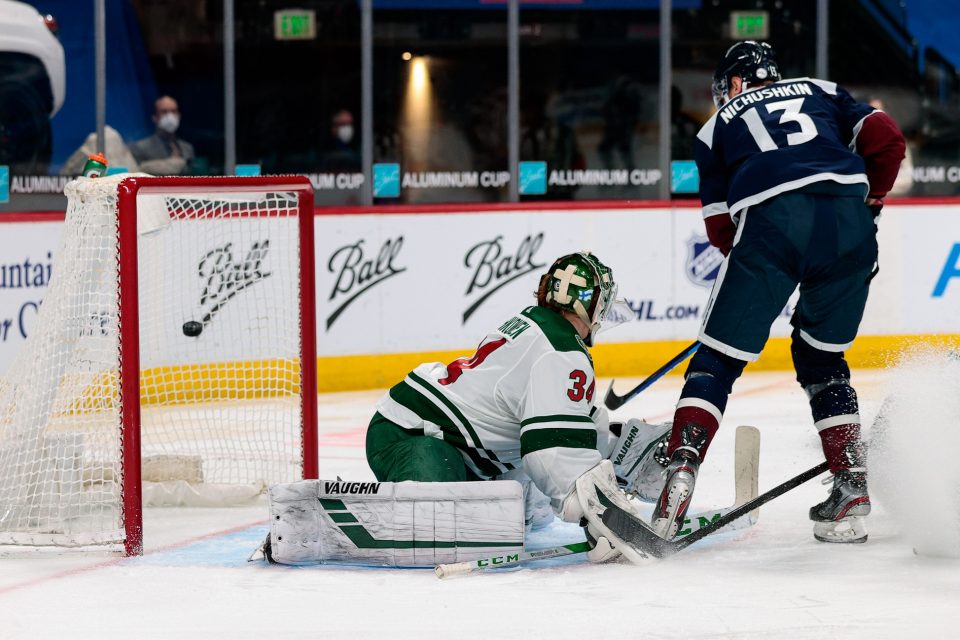 The Colorado Avalanche are in the midst of a 14-game point streak and look to continue that momentum into their upcoming series with the Minnesota Wild on Monday night. The Avs currently sit atop the West Division with 54 points on the season, the Wild remain stoutly in third place with 48 points.

The Avalanche are coming off a series against the St. Louis Blues in which they won both games, but only by a narrow margin. Most recently, the Avs are coming off of the tight late game 2-1 victory in the form of a Cale Makar goal with 45 seconds left to play in the game. Although they escaped both recent bouts with the Blues by a slim margin, the Avs are without question the hottest team in the NHL. In the last 21 games they have played they have gone 16-2-3 and have the highest goal differential in the NHL at +49 goals.

On the flip side the Wild are riding some momentum of their own, beating the second place Vegas Golden Knights in both games of the two-game series. The Wild will have some memories of the last time the Avs played them (March 18-20) in which the Avs outscored them 11 goals to 1.

Denver Sports Betting looks to serve as your guiding light from the betting side of things, as we look at this game from a betting perspective.

The Action to watch:

While the Avs are the hottest team in the league right now, the Avs are a team that’s struggled to win in Minnesota. Team that up with their dominance of last time these two teams met and the Wild might have an extra chip on their shoulder come Monday night at home. The Wild are 13-3 at home this season as well. You won’t find me fading the Avs almost ever, but if anyone in the division could end their streak it’ll be the Wild team that just swept the Knights. Take advantage of the value right now. Wild ML +140

The fact the Gabriel Landeskog was getting 20+ minutes of ice time last series against the Blues shows why when the game is close you need your top guys more than anything. Landy is easily forgotten on a like with two monsters of the NHL like MacKinnon and Rantanen, but he’s got 14 goals and 22 assists this year. Like his odds to find the net tonight. Landeskog goal +225

The rookie sensation has given life to a Wild team that was not projected by many to be as good as they are this year. Kirill Kaprizov has scored the last 3 games in a row and scored in the last 4 of the 5 games he’s played. Kaprizov goal +215

With the way this Wild team is playing they do have a chance to take down the mighty Avs team right now, it’s a slim chance but one that will need all their top guys playing at their best. They need Kevin Fiala to produce tonight to have a shot at ending the Avs 14 game point streak. Fiala 1 or more points +100

The Wild and Avs get set for puck drop at 6 p.m. MT tonight as both teams look to continue to keep hold of the top spots in the West Division.