Baseball season is upon us here at Denver Sports Betting, and to get you ready for the season, we have put together an MLB Futures guide to help paint a picture of the baseball landscape in 2021.

After a makeshift 60-game season in 2020, Major League Baseball is back to business with its traditional 162 game schedule. That means the betting opportunities will be abundant, and we want to make sure you are ready to rock and roll come first pitch.

If you are looking for a sportsbook to fire off some bets with, look no further than SuperBook. Our friends at SuperBook have some of the best odds for betting baseball in Colorado! Check them out here and happy betting! 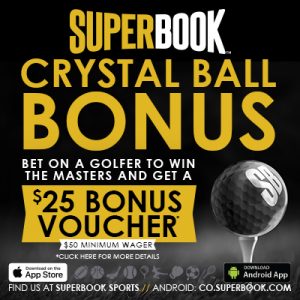 Without further ado, let’s take a look at some projected division, pennant, and World Series winners!

Let’s start with the NL East in what is one of the most volatile and closely contested divisions.  It’s hard to feel safe with any pick and expect to see a carousel of names on the top throughout the season as the teams will challenge each other night in and night out. The Mets look to roll out their shiny new toys and capture their first division title since falling short in the World Series in 2015.

Their biggest competition is going to be the Atlanta Braves. With the reigning MVP in Freddie Freeman and an MVP candidate in Ronald Acuna Jr, this team is still reeling from blowing a lead in the NLCS.

The Nationals are only two years removed from a World Series victory and still boast a mix of good pitching and bats, as well as the reigning NL batting champ and MVP candidate, Juan Soto. Philadelphia is a mix of big-name veterans and youth and will manage to compete against any given team daily, but they don’t have enough to come out on top. Expect more than one team to come out of this division in the postseason. The only thing for certain in the NL East is the Marlins will remain in the basement.

Mets fans definitely have something to look forward to, and while this team is topping a lot of predictions lists, it’s hard to go against a team that should have been in the World Series last year and is already proven in the Atlanta Braves. If there are any cracks in the armor or improvements to be made, expect them to be done throughout the course of the season, as their front office has been one of the most aggressive in the past few years.

St. Louis was already sitting pretty before the blockbuster deal that brought them Nolan Arenado. Pitchers are going to have nightmares all year at just the thought of facing Arenado and Paul Goldschmidt in the same lineup. (Two players who could have both already been MVPs had they not been saddled down in the NL West before coming to St. Louis.) Oh, and they are also both pretty good at fielding too.

The Brewers have everything it takes to make a run at both the postseason and division, but a lot of it will depend on Christian Yelich. It’s hard to be optimistic about the Cubs or Reds, especially after both teams lost the best man in their starting rotation, and the only thing you need to know about the Pirates is that they’re predicted to have the lowest win total in the MLB.

This one should be a lock as the reigning champions got bet better as they look to repeat. There’s just too much firepower, whether it be from the starting rotation or the batting lineup for Padres to make a run. San Diego had one of the best-off seasons in general and added a true ace in Yu Darvish to an already fast surging team. Still, it will be a few years before the Dodgers will take them seriously. Do however, expect to see them fighting for a wild card spot. The rest of the division (including the hometown Rockies) will just be trying to beat their sub .500-win totals.

No team has a higher predicted chance of winning their respective division than the Yankees do this year. We might very well see the Al MVP, Cy Young, and batting champion come from this team or any combination of the three. Don’t expect to see this team be dominated or finish behind the Rays like last year we are talking about 162 games again this year. Tampa Bay was able to capture something extraordinary in last year’s shortened season and have a lot to be very optimistic about going forward, but they won’t be winning another division title or making the World Series again.

The Toronto Blue Jays are going to have all eyes on them. After having an incredible offseason, and with future second-generation stars on this team how could anyone not want to watch this team? Both the Rays and the Blue Jays are young, up and coming, and exciting but, the highest accolade either team will hope for this year is a postseason appearance. While there still is some talent on the Red Sox they are far gone from their 2018 World Series, and Baltimore will likely end up with the worst record in the American League. This one should be a guarantee.

This one is tricky. No other division has two teams that are closer as far as the preseason Moneyline is concerned. This one may very well come down to the thinnest of wires, as last year’s winner was separated by one game from both the runner-up and third-place team.

The White Sox owning the reigning AL MVP in Jose Abreu bodes well for them as he looks to have another monster season and the defending champ’s bats are still in-tact as the Twins look to repeat. Cleveland will still be competitive and may give everyone a run for their money, but it doesn’t help that their best player last year is now out East. The Royals and Tigers won’t be able to compete for some time.

The very definition of a toss-up, the race for the division crown will ultimately come down to the White Sox or Twins. While only a game separated them last year, we are back to a full 162. The key is going to be consistency on a nightly basis. What it ultimately comes down to is last year one of these teams broke out and the other repeated as division champion. We are calling for the three-peat.

Where to start in the AL wild west? Oakland will still compete, but they’re tough to pick as the favorite after losing so many key players. Mike Trout has three MVPs to his name as well as the title of being the best player in the game. His lone postseason appearance and division win came all the way back in 2014. This could be the year we see that change for him. Much of Angel’s success will depend on running mates Anthony Rendon and Shohei Ohtani being healthy, but their pitching still doesn’t stack up to their division rivals. Seattle has a few years to go before adding their name to the mix, but with the second most top 100 prospects in the league (6), they will be looking to the future.  The Rangers won’t just finish last in the division but also possibly in the American League.

That just leaves the controversial but steady Astros. Since their World Series win and cheating scandal, this team has not only slowly lost pieces but also have had players suffer major injuries. Yet they still remain in the upper echelon of not just the American League but the entire MLB in both pitching and hitting. The winner for us comes down to the fact that the Astros are a veteran team sitting in a great position despite everything, and we’ve seen this same story from the Angels time and time again.

In recent memory, I don’t think there’s ever been to consensus picks for both leagues as there is this year. You can almost copy and paste the same super team formats and area codes from the NBA into the World Series. The biggest question is, who can compete?

The New York Yankees have had some disappointing postseason exits recently. However, those will absolutely pale in comparison if it happens again this year. There is no question they are favorites, and it’s not even close. No Wild Card team will be able to match up with them. If our division predictions hold true, the only team that will be able to challenge them are a postseason hardened and battle-tested Astros team. There has never been a safer bet than the Twins losing to the Yankees in the playoffs.

The National League pennant race is much more intriguing. The Dodgers look to repeat as champions and no doubt are the favorites to make it back to the Fall Classic. In order to do so, they’re going to have to work for it. Last year the Atlanta Braves had them on the ropes and were not able to deliver the final blow and were knocked out themselves. They’ll be looking for revenge. Also, look for a significantly better Cardinals team to challenge as all three of these teams match up well on any given night. The Dodgers are going to have to fight, but ultimately they should prevail once again.

While anything can happen, as I mentioned in our picks for the pennant, it’s hard to imagine a world where we don’t see an L.A. Dodgers vs. NY Yankees match-up. In what would be the most titanic battle of cities and coasts since Biggie and Tupac, the pair seems almost inevitable. Sure, we may see the Nets against the Lakers, but this is a rivalry that stretches through the history of professional baseball. Meeting eleven times in the World Series, a twelfth is waiting on the horizon. The Dodgers are slightly favored to repeat in what would be the battle of the super-teams, so who should you bet on and why?

The Yankees are bringing number 28 back to the Bronx. The Dodgers were finally able to get over the World Series hump and dispel the title of choke artists from themselves. It only took them needing to add another MVP to their roster, having to come back against a team they were favored against in the NLCS, and then beating an overachieving team in a shortened season with an expanded playoff field at a neutral site. This time they’re not going to be facing a team that captured lightning in a bottle for 60 games and defied expectations. They’re going up against a super team that matches up with them in every way, shape, and form. For New York, there’s no more excuses, it’s championship or bust. For the first time in years, the Yankees failed to win a single World Series throughout the course of a decade. They’re starting off this one breaking that streak.