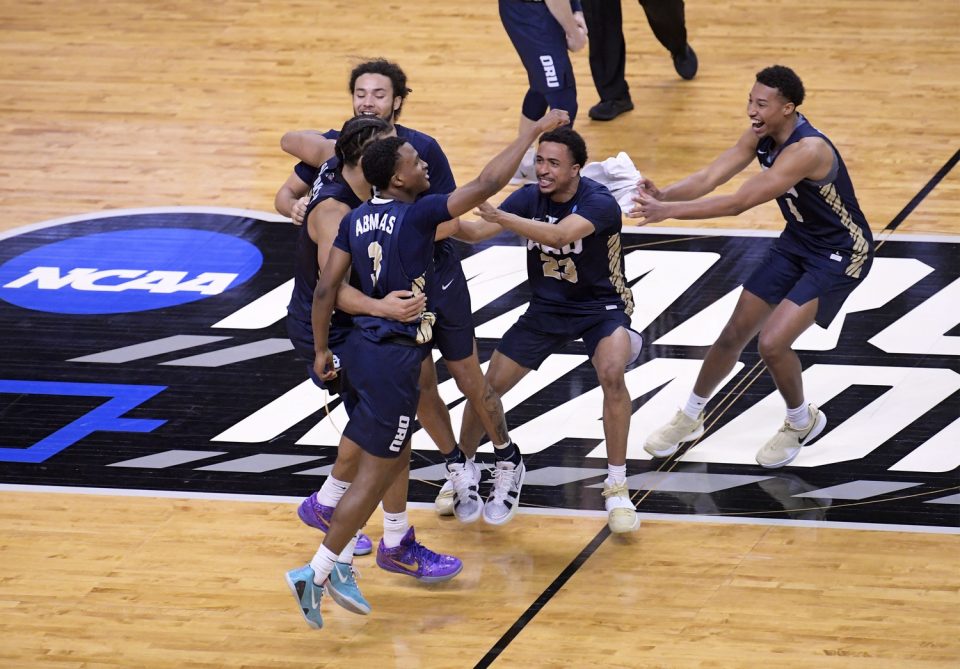 Oh, how sweet it is. We have Sweet Sixteen matchups on tap for the weekend and Denver Sports Betting is here to break down every game. Chase Howell and Dan Orencole give you the lowdown on what you need to know about the matchup and then they make their picks.

Loyola is the darling of the tournament once again after the dominating win over the Illini. But Oregon State is the hottest team in America. They are shooting over 40% from three over the last four games. The Beavers actually cooled off in the second half of the game against Oklahoma State, is that a sign for games to come or was that just them showing us that they are in fact human?

Loyola matched up perfectly with Illinois. Cameron Krutwig’s ability to pull Kofi Cockburn away from the basket changed things entirely. Where Loyola might struggle, specifically Krutwig, is up against a zone. He can’t use his high basketball IQ to manipulate a man defense like he’s been doing all season with the Ramblers. He will have to hit shots from the high post, something he’s capable of but he hasn’t done it with consistency over his career.

I don’t like to bet against Sister Jean, but I think 6.5 points is too many for this matchup. If Oregon State can hit threes, they will neutralize Loyola’s top defense in the country. And the Beavers have the length to match up with them defensively. I expect this to be a low-scoring grind-it-out type of basketball game and in those, I like to take the underdog.

Being an underdog is no surprise to Jay Wright’s Villanova Wildcats. After all, the often-debated “blue blood” was a popular pick to be the victims of an upset by No. 12 Winthrop in the first round of the NCAA tournament. How’d that go? The Wildcats have silenced critics with a pair of double-digit victories, most recently an 84-61 romping of a popular dog in North Texas. The scariest part of the Villanova win over the Mean Green was the Wildcats hit 50% from 3-point range. There is some reason for concern with Villanova though as Baylor ranks 55th in team defense, but there’s a catch to this: while the Bears play strong on the defensive end of the floor, they rank 162 out of 347 teams in terms of three-point defense. Throw out the Hartford game because of talent discrepancy and Baylor allowed Wisconsin to shoot 8-for-21 from three. The big loss here though is going to be Collin Gillespie, who was second on the Wildcats in scoring at 14 points per game. Villanova is going to need that kind of punch to hang in there with the Bears.

Baylor is the No. 1 ranked team in three-point field goal percentage in the country. Villanova is ranked 238th in defending the 3-point ball so that is going to be a deciding matchup in this contest. Look for Davion Mitchell and Jared Butler to be the difference in this contest with Matthew Mayer also continuing his impressive run off the bench as the loss of senior guard Collin Gillespie finally catches up with the Wildcats in a double-digit loss.

Every time this tournament tips off, there’s always the question of if and what low seed will go on a run to add to the madness. Meet Oral Roberts. The Golden Eagles have been the dandy of the tournament thus far, entering as a No. 15 seed, upsetting No. 2 Ohio State and then battling back to surpass No. 7 Florida in the second round to reach the Sweet 16. Behind the lethal combination of junior forward Kevin Obanor and sophomore guard Max Abmas, Oral Roberts is a dangerous team for any of the other remaining 15 teams to draw from here on out. While true, relying too heavily on the two against an SEC power such as Arkansas could prove detrimental to the Golden Eagles hopes of advancing to the Elite 8.

The Razorbacks are led by freshman guard Moses Moody at 17.1 points per game. In his first two tournament games, the freshman has scored 12 and 15 points respectively. Justin Smith, JD Notae and Jalen Tate are the other three Arkansas players scoring in double figures. This is a tough game to handicap as the spread sits at Arkansas -11, begging bettors to take the impressive Golden Eagles with the double-digit points. I like Oral Roberts a lot and the story has been fun to watch, but it ends here and the Razorbacks cover the spread in the process.

Is it March or Buddy Boeheim season? It certainly feels like Boeheim season. The junior guard has put himself on the map as one of the premier players in college basketball and propelled Syracuse to the Sweet 16 with a 30-point effort against San Diego State followed up by 25 against West Virginia in a second half performance to remember, with 22 of his points in the second half. So with Boeheim clicking and the Orange feeling some type of way, here comes No. 2 Houston with its eyes set on an Elite 8 appearance.

The Cougars are no joke at 26-3. While they play in the American Athletic Conference, this team is dangerous. But how dangerous are they? Houston squeaked by a talented and experienced Rutgers group 63-60 in the second round to reach the Sweet 16. Houston is led by former Kansas guard Quentin Grimes, who has found a home in “Space City.” Sophomore guard Marcus Sasser is second on the team in scoring at 13.3 points per game. The danger zone with Houston in this matchup is the lack of size. Fabian White leads the way at 6-foot-8 for the Cougars but only plays 14.6 minutes per game on the year. Justin Gorham sees 27-plus minutes as the go-to-big for the Cougars. Three of the top four Syracuse scorers are at the forward position so that is going to be a HUGE problem in this game for Houston. Marek Dolezaj is 6’10” in the starting lineup for the Orange and then Alan Griffin and Qunicy Guerrier also are solid scorers in the frontcourt.

Syracuse is +6.5 and they’re going to win this game outright. Mark it.