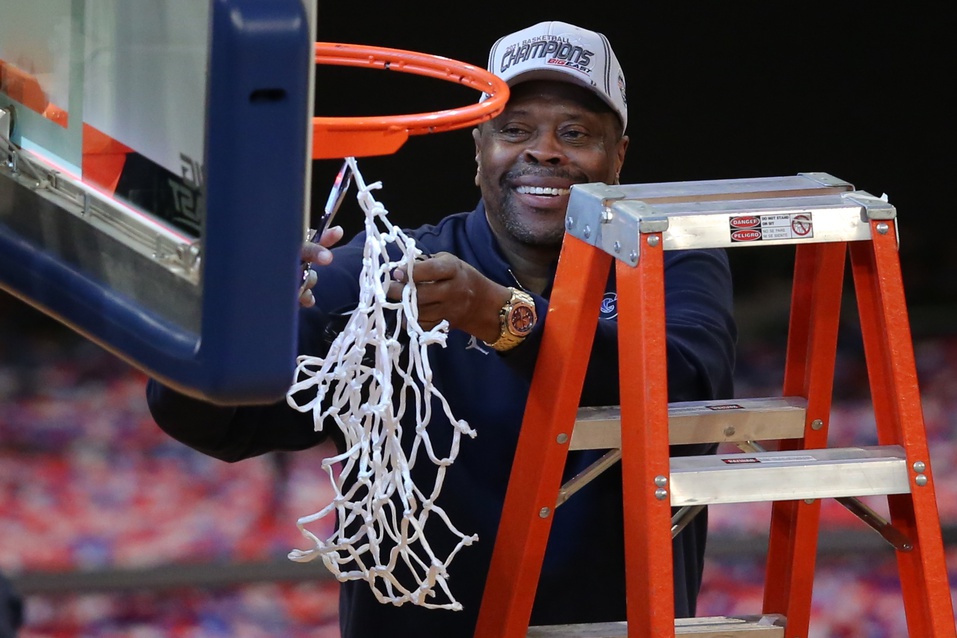 I’m just happy for my eyes, man. They haven’t gotten to stare at a bracket for this long in two years. I need March Madness for my happiness. And I couldn’t be happier getting to break down the bracket for you guys.

I am tasked with breaking down the East Region of the bracket, which of course is where my Colorado Buffaloes reside. As much as I want to pick them to win this region, I’ll try to avoid that. Let’s get into it.

Anybody who landed in the bracket with Michigan as the No. 1 seed was going to be pretty happy. In a season that feels very top-heavy, Michigan is the most vulnerable of the one seeds. And I know they aren’t happy with the potential matchup with LSU or St. Bonaventure in the second round. I think we can easily see one of those teams knock off Michigan.

Past Michigan, you have the SEC champions in Alabama, the ACC regular-season champions in Florida State and the Big 12 champion in Texas. That’s a lot of really good teams in the same region that are playing good basketball right now. But I think we have learned that all of these teams are vulnerable.

You throw in Colorado and Connecticut who a lot of people liked to win their respective conferences and this region is absolutely loaded with potential.

Michigan has too much size and skill to stumble in this spot. They’re likely looking ahead to LSU/St. Bonaventure but that doesn’t mean that they won’t handle one of these teams with ease. I lean Texas Southern in the play-in game. They played in a tougher conference and that’s a team I bet on quite a few times throughout the season. I’m not going to act like I’ve seen a bunch of those two teams.

This game is going to be awesome. You got the high-flying, high-scoring offense of LSU up against the lockdown defense of the St. Bonaventure Bonnies. Two teams that a lot of people thought could both make deep runs in the tournament. The line opened at LSU -1.5 and I think that’s a fair opener. Obviously, LSU has had the tougher schedule and they’re playing really good basketball at the moment. They were a few inches from winning the SEC championship. But the Bonnies, after winning the A-10 regular season, didn’t falter once in their conference tournament despite only having the third-best odds to win it.

I’m torn on this game. I’m thinking about staying away from gambling on it. I will be picking the Bonnies in my bracket, I think their defense will be too much for the Tigers in the end. I do think that whoever wins this game will have a really good chance to beat Michigan (especially if Isaiah Livers remains out). These are two very good teams that could both make a run.

The game we’ve all been waiting for. Full disclosure: After Georgetown won the Big East, I vowed to bet on them in the first round of the NCAA tournament. I had already bet on them in the last three games and wanted to keep the train rolling. I didn’t do the math that they could likely be playing Colorado.

When we talk about winning in March, you usually go with more experienced guards. Colorado is led by senior guard McKinley Wright IV and Georgetown is led by freshman guard Dante Harris. Harris won the Big East tournament MVP. But you have to go with the senior, right? This is obviously going to be a great matchup and I wouldn’t tell anyone to lay the points but I’ll take Colorado in my bracket.

This isn’t Patrick Ewing’s building anymore. When he was talking about owning Madison Square Garden, his team looked unbeatable. They will be playing at Hinkle Fieldhouse.

I listen to a lot of sharps and college basketball analysts, I haven’t found one that’s picking UNC-Greensboro over Florida State. The Spartans are led by senior guard Isaiah Miller. They don’t do anything great besides not turn the ball over which is something Florida State does often. That’s something to watch in this game. Ultimately, if I’m picking an upset, I like a team that can shoot the 3-point ball with the best of them and that’s not UNC-Greensboro.

Take Florida State in your bracket but I think 11.5 points is a lot for Florida State to cover. If they’re hitting threes, which is what the Seminoles do best then they can cover easy. But if they’re missing shots AND turning the ball over, I can see this being a closer game.

Okay, let’s talk about Michigan State and UCLA first from a betting perspective. This is an awesome matchup. You couldn’t get more even of teams. They match up perfectly across the board. Usually, in a game that looks even in turnovers and rebounding, I look at three-point percentage where UCLA has the distinctive edge. I think that’s why they opened as the 1-point favorite. But the public loves betting on Tom Izzo in March and I don’t blame them. Never bet against Tom Izzo in March.

The thing that makes Michigan State and UCLA so even is they have great guards that are athletic and can defend. Where they lack is the big men. And I’m not sure either of these teams has the length to stop BYU’s 7-foot-4 center Matt Haarms. But BYU’s guards are slow and not very good defensively. I have BYU currently in my bracket but if Michigan State shows me enough on Thursday then I’ll switch it to Michigan State. I’ll also likely have Michigan State to cover because we don’t bet against Izzo in March.

This is a matchup some people are overlooking. There always seems to be at least one that really surprises people in the first round and I think this could be one of them. I’m not picking Abilene Christian to win but I think it could be one of those games that everybody is surprised it remains close.

One of the things we look at in March is turnovers. Texas is 236th in the nation in offensive turnover rate, meaning they are bottom half in the country in their ability to protect the basketball. What does Abilene Christian do well? Make the other team turn the ball over. They are first in the nation in forced turnover percentage. The other thing Abilene Christian does is shoot the three really well. They are 21st in the country in three-point percentage. Factor that in with Shaka Smart being 0-2 in the Big Dance with Texas so far and I think we have the right formula for a possible upset.

That being said, Texas has a ton of length in the frontcourt and shooters in the backcourt. That’s a combination that makes them very hard to beat and one reason why I think they can make a deep run in the tournament, possibly with a Final Four bid. Don’t sleep on their opening round game, though.

I really like the Connecticut team. When they’re healthy, I think they are easily a top 20 team in the nation. They rebound the basketball well and they have a star in James Bouknight. Maryland has played a really tough schedule this season and some nights they look like they can beat the top teams in the nation and other nights they look completely baffling.

This is more of a coin flip to me than most people have it but I believe in Connecticut and Dan Hurley. I trust Hurley over Mark Turgeon, that’s basically what it comes down to here. Give me UConn in this game and I think they have the firepower to beat Alabama and Texas.

Rick Pitino is back in the Big Dance! Isn’t it beautiful? Iona was an underrated team in their conference all season mostly because they dealt with a couple of COVID pauses. But they have a really tough matchup against one of the top teams in the nation in Alabama. You have to love what Nate Oats has done with this team and John Petty and Herb Jones are one of the best combos in the country.

A lot of people talk about Alabama’s offense and high-volume three-point shooting but it’s really their defense that has gotten them to this point. I tried to find something that gives Iona a chance to win this game but I really couldn’t find anything. Alabama is playing too good of basketball and their suffocating defense will be too much for Iona to overcome. Look for Alabama to win and possibly make a run to the Final Four.

Michigan at +160 doesn’t make a lot of sense to me. I’d actually bet against them making the Final Four. Obviously, Colorado at +1600 seems to have a lot of value to me although Georgetown at +6000 has value as well. I think one of those teams would have a relatively easy path should they win their first game. I will likely be taking Alabama +400 as I’ll be picking them in my bracket.