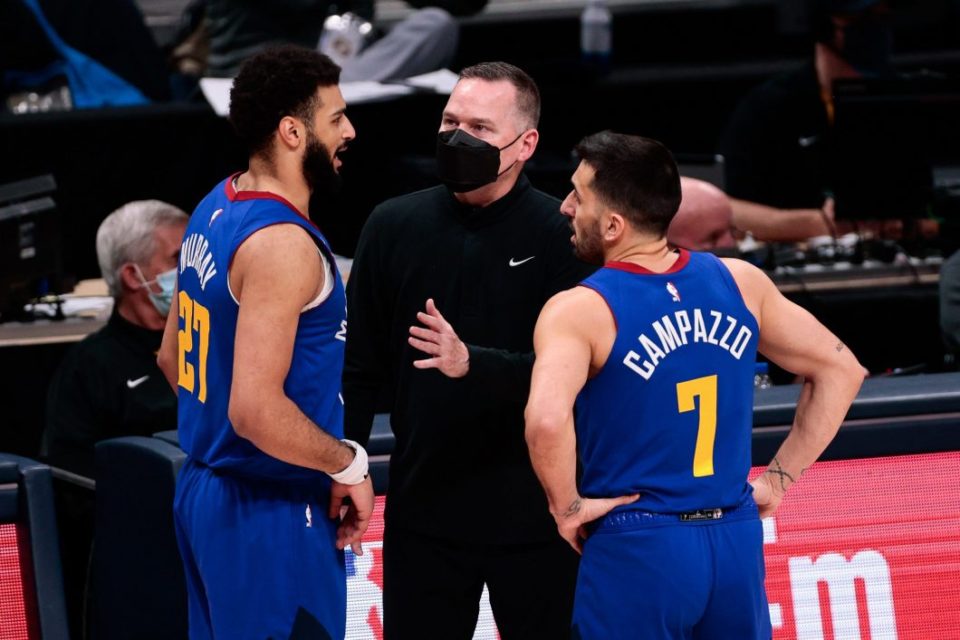 With the All-Star Game now behind us, let’s look at what the Denver Nuggets have done thus far this season and what the rest of this year may have in store for the home team.

The Nuggets started the season 6-7 and have since gone a stunning 15-8 largely on the back of Nikola Jokic’s MVP caliber season. His consistency has allowed his teammates to work through early-season struggles during an uncharacteristic year of NBA basketball. One teammate who has seemed to benefit most is Jamal Murray, who began in January (3 games) with a 5.0 +/- rating on 39.5% fg and 17.7 points. However, in the month of March (3 games), he is now averaging a 10.0 +/- rating on 56.5% fg and 23.7 points.

The same can be said about a handful of other players, such as Facu Campazzo, Zeke Naaji, Rj Hampton, and even Gary Harris (before his injury). Most of these players have yet to be able to show their true potential as they’re still rookies; however, with such a compact schedule, injuries have given them a chance they may have never had. Facu Campazzo’s recent rise as a talented passer and even a deadly scorer is one of our team’s best Cinderella stories. Combine that with Zeke and Rj’s impressive play, and one can start to see how they could become playoff-ready as the season progresses.

With that being said, there have been some unfortunate busts. Bol Bol has received very little playing time, presumably because of his slow defensive rotation and general lackluster performances. The little playing time he has received has shown little to impress, but us here at Digging for Gold are still hopeful he has the potential to add real talent to the team.

Furthermore, Michael Porter Jr. has played exceptionally, averaging a double-double in recent games. However, his lack of consistency, combined with missing nearly a third of this season’s games means he has yet to reach his ceiling. That being said, he has shown massive upside up until now and even large improvements on the defensive end as well as his ability to drive and handle the ball, but the verdict is still out for the young star.

With this being said, the Nuggets are without a doubt on an upward trend and will likely continue to win more and more games as they begin to become more cohesive as a team. Don’t forget, this is the first time nearly half of the Nuggets’ entire roster has played together, so at any rate, this season should be counted as a win thus-far!

The second half of the season is what will make or break the season for Denver. In terms of big games for the Nuggets, they have 10 (depending on your own definition):

The difference-maker the Nuggets will be looking for the second half of the season has got to be consistency. The team started to find it heading into All-Star break, winning 9 of 13 before players broke for Atlanta. With wins against the Bucks and Lakers, it gave the fans some hope and the team a standard to look at for what they can be. More importantly, Denver ground out games that they couldn’t seem to win earlier in the season. That, mixed with a couple of thrashings (one of which actually was against the Bucks), was very encouraging. So, with 36 games left in total, and 10 being against top opposition, Denver should shoot to be winning around 24 (2/3) of those games, leaving them at 45-27, almost an identical record to what they achieved last year. It seems inconceivable even as I write this with some of the calamity this Denver Nuggets side has produced this season, but this seems fairly reasonable.

The recipe has to be more of what got Denver this recent form, Jamal Murray back to his best, Nikola Jokic staying healthy, and Michael Porter Jr. continuing to improve his game and basketball IQ. MPJ loves to rain threes, and that’s all good and well until they aren’t falling, and he continues to force up threes. He got better about driving and using his size, length and athleticism before the break, and that MUST remain. Should all this come to pass, and oh one more thing – we have a healthy bench ready and able to help prevent a drop in efficiency – I think the Nuggets will be looking at a better half of the season and a much better inflection of the regular season as a whole.