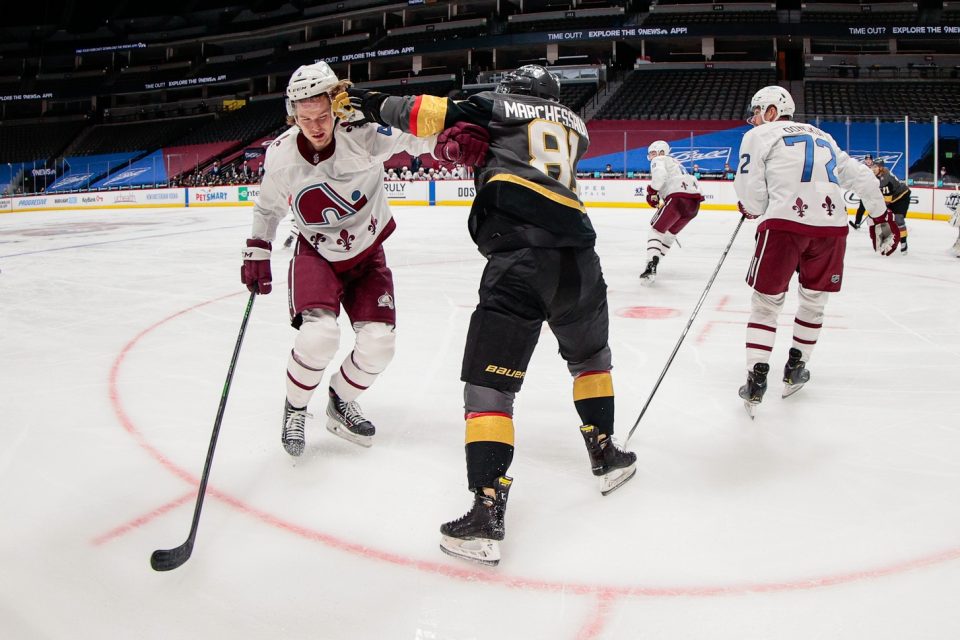 The Colorado Avalanche and the Vegas Golden Knights are set for a heavyweight clash of the West Division Thursday night. The Avs sit two points behind the Knights at 43 points through the 31 games played and most recently are coming off a shootout loss to the Arizona Coyotes falling 5-4 Tuesday night. The Knights were able to secure a 5-1 victory on Monday night against the St. Louis Blues in a game where captain Mark Stone recorded two goals and an assist.

Denver Sports Betting takes a look at this important matchup from the betting perspective.

When it comes to taking action on this matchup, there is no way about it, it’s going to be tough. Both teams are similar in many different ways. The Avs are 7-1-2 in their last 10 and the Knights are 7-3 in theirs. The Avs have a +35-goal differential while the Knights are +33. The last time these two teams met in a four-game series, they split it 2-2. The only real trend from the last series was the under, and with both teams respected goaltenders and defensive pairings it remains a good look. Under 5.5 goals -110

The last time these two met, Max Pacioretty found himself scoring a goal in the first two games of the four-game matchup. He tends to find success against the Avs for some reason and for that, we like his prop. Pacioretty 1+ point -134

There is a lot at stake for this monster NHL matchup of West Division powerhouses and the Avs top guys are going to be ready to go. Rantanen over on SOG continues to be one of the most confident props I rely on. Rantanen over 2.5 SOG -167

MacKinnon had eight SOG last game with a goal and two assists, of course, that was in a loss to a bad Arizona Coyotes team. But he’s quietly registered 10 points in the last four games and while I like the under in this game the Avs main man will funnel most of the opportunities. I’ve said it once and I’ll say it 100 times, the higher the intensity, the better MacKinnon gets. The odds are too good to look away at. MacKinnon 2+ points +170

Puck drop is 7 p.m. MT tonight at the Ball Arena, as the Avs and Knights are set to take each other on for control of the top spot in the West Division.

Avalanche vs Kings Round 2 Betting Preview