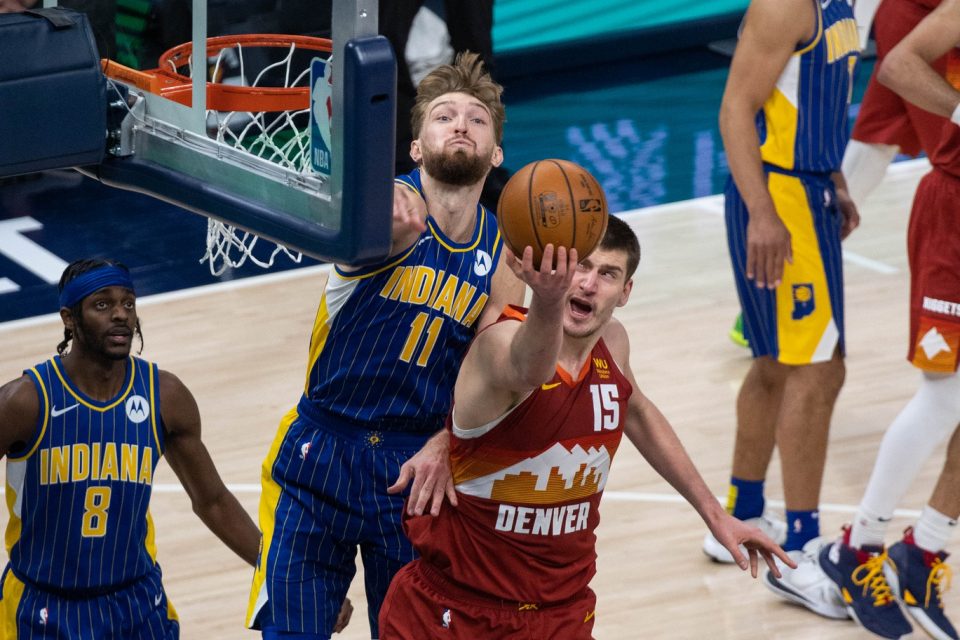 After a disappointing loss, along with one night’s rest, the Denver Nuggets look to hit reset against the Indiana Pacers, this time in Denver. Tip-off will take place at 7 p.m. MST at Ball Arena.

Denver’s injury list is a mixed bag, starting with both Monte Morris and RJ Hampton listed as questionable. Markus Howard will be out until further notice and Gary Harris is still working his way back from injury and will not be partaking in tonight’s game. As for Indiana, it’s just TJ Warren who remains out with a foot injury and Jeremy Lamb who is questionable.

It wasn’t long ago, in fact, it was only ten days ago that Denver handled Indiana with a final score of 113-103 heading into All-Star break. Now, after a hard loss against Dallas two nights ago, the Nuggets will look to start a new streak. The performance against Dallas looked like the Nuggets of the early season: many times getting caught ball watching, getting sucked into the paint leaving kick-outs to a wide-open option and overall just a step or two behind the pace on defense. Of course, this wasn’t helped by the fact that Kristaps Porzingis was incredible from deep and offered a lot more than Boban Marjanović has in previous meetings.

Denver should look once more to getting back to an energetic defense. They must close down shooters, secure the glass and from that base, look for success on offense. I’m sure Denver is also going to look to Murray to snap out of this funk he’s been in and step back up into his role as a scoring threat and aggressive finisher to help on the offensive end, as it has been proven time and time again that Jokic cannot do it all for Denver. Should Murray get back to himself, and the defense to re-establish themselves as competent, look for Denver to grind this one out.

Now, let Nuggets basketball get rid of those Monday blues as you place your bets!