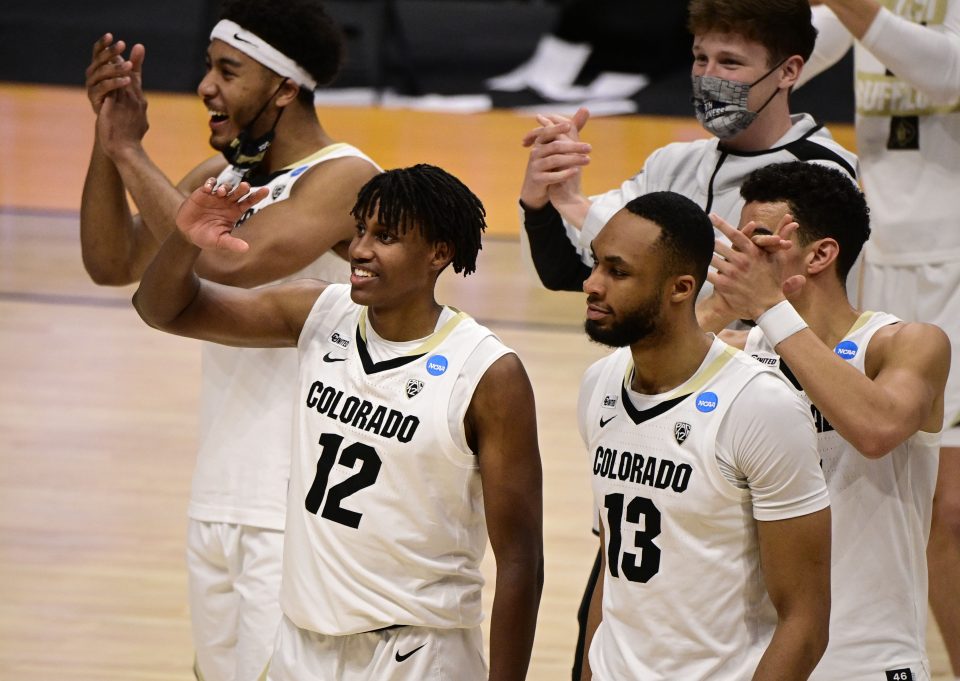 The Colorado Buffaloes men’s basketball program has not made it to the Sweet 16 in 50 years. That is right, 50. And tonight they have a chance to change that against the Florida State Seminoles.

The line opened with Colorado as a 2-point underdog but quickly moved to 1.5. It has stayed there over the last 24 hours or so. The total is set at 140.5.

Where Colorado has the advantage

It all starts at the point guard position. McKinley Wright is and has been playing like one of the best point guards in the nation. The senior leader ripped apart the Georgetown defense with 12 points, 13 assists and (most importantly) 0 turnovers. We know how important guard play is in the tournament and that has stayed true already so far, just look at Oral Roberts with Max Abmas.

Florida State, on the other hand, doesn’t play with a true point guard. That has really never been Leonard Hamilton’s style and that is even more true this season. Scottie Barnes typically starts on the bench but is their best guard and their typical ballhandler when out there. He should be a lottery pick in the draft but he’s also 6-foot-9 and a freshman.

Matchup wise, Eli Parquet will likely be tasked with guarding Barnes. Parquet, the Pac-12 All-Defensive Team selection, has been one of the best lockdown perimeter defenders in the country. Just look at what he’s done against guys such as Remy Martin and Chris Duarter already this season.

Florida State plays a switching defense. This means they’ll either have to sit back and force Wright to hit jump shots or test his speed and ability to get to the hoop. With his 31.5% three-point percentage, my expectation is they’ll force him to make jump shots. That’s playing a dangerous game with Wright and it could open up lanes for him later in the game.

Where Florida State has the advantage

Length, length and more length. The shortest guy in their rotation is 6-foot-4 and they typically play with guys that are above 6-foot-7, that includes their two 7-footers Balsa Koprivica and Tanor Ngom. Colorado only has one 7-footer, Dallas Walton, and they tend to like to go small with some combination of Jabari Walker, Jeriah Horne and Evan Battey (all-around 6-foot-8). Battery has found a way to slow down bigger guys throughout his career. He does it with his strength and footwork. So I’m not as worried about what it can do to them on the defensive end as I am about rebounding.

What it comes down to

It will all come down to 3-point shooting. These are two of the better 3-point shooting teams in the nation. Colorado is ranked 20th and Florida State is ranked 12th from beyond the arc this season. It’s simple to say whoever makes the most shots will win the game but that is exactly what I’m going to say.

Colorado was red-hot from three the other day, going 16-for-25 from deep against Georgetown. Florida State was, well, the exact opposite. They didn’t make a three-pointer against UNC-Greensboro going 0-for-9 from deep. If things flip, then Florida State should have a really good chance of winning this game.

I can’t help but love the Over. I think I would’ve had the line closer to 145 if I was setting the total. Both these teams shoot it really well and I think both teams can cause defensive matchup issues on both ends of the floor. I would be very surprised if both teams don’t finish in the 70s.