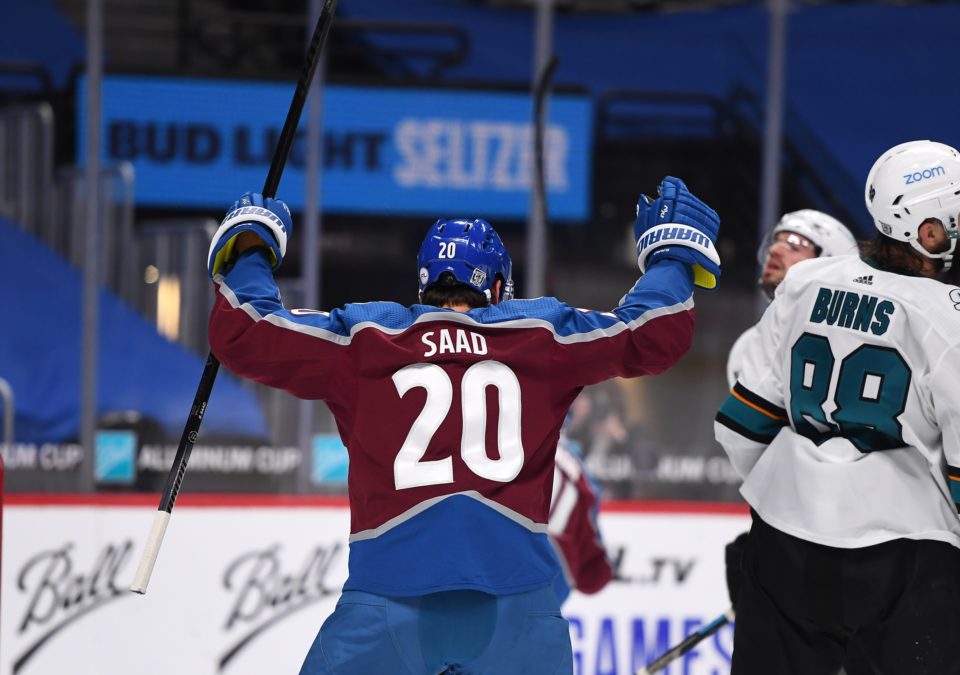 The Colorado Avalanche are set to kick a two-game series off against the San Jose Sharks on Monday night in the Bay Area. This will be the team’s second series as the Avs and Sharks last played each other on Jan. 28.

We are excited to kick things off for the Avs this week here at Denver Sports Betting and can’t wait to preview this matchup between the Avs and Sharks.

The Avs are most recently coming off of a 6-2 blowout victory of the Arizona Coyotes over the weekend and are riding a two-game win streak. Last series the Avs played against the Sharks, they also won both matchups and outscored them 10-3 in the two games. The Avs currently reside in fourth place in the West Division with 23 points through 18 games played.

The Sharks are most recently coming off of a high-scoring matchup against the St Louis Blues, falling 7-6 on Saturday, and are now on a two-game losing streak. The Sharks sit on the very bottom of the standings in the West Division with 16 points through 18 games played.

The Avs have a small win streak going into this matchup after sweeping the Coyotes over the weekend, this is a team that could just now start to find their groove after a gradual start to the season. The Avs are 4-0 in the last four against San Jose, and since the ML value isn’t great the PL looks good once again. Avs PL +120

The over/under is set at a high 6.5 goals for this game — and while the Sharks have seen the over hit in their last three games in a row and the Avs’ overs have been two for the last three — it’s still a toss-up bet. And I caution those who just see those trends to look under the surface a bit further. The Avs continue to have one of the best defenses in the entire NHL, and the under is 6-2 in the Avs’ last eight overall. 6.5 is very high. Under 6.5 goals -124

Nazim Kadri did not score last game and only had one shot on goal, but last time the Avs played the Sharks he had a combined 14 shots on goal in the two games played. He also had a combined four points, and two of them were goals. Kadri to score +190

Betting should be fun first foremost, and when you win lots of money that especially holds true. Just for fun, I’ve decided to look at a wild bet that could be fun to throw a small amount on for the heck of it. Betting the correct score isn’t a sustainable approach to betting but is a blast to do from time to time. Correct score 4-1 +4000

Puck drop will be 8:30 p.m. MT over at the SAP Center in San Jose, CA. The Avs look to continue their momentum of the weekend into tonight.