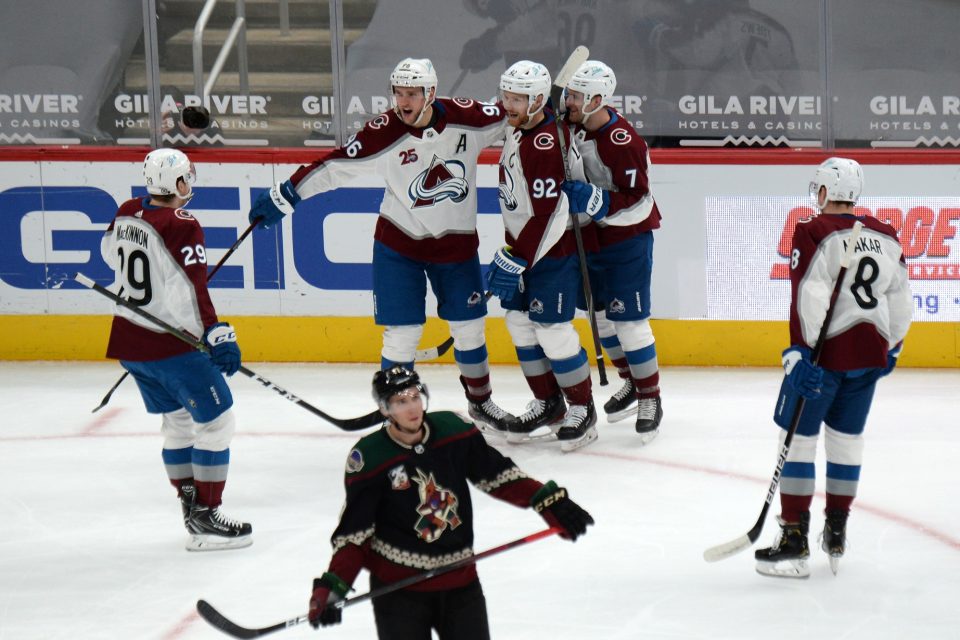 The Colorado Avalanche look to keep the seven-game win streak alive as they get set to take on the Arizona Coyotes once again in the second night of their back-to-back. Last evening the Avs walked away with a 5-1 victory against the Coyotes covering the 1.5 puck line and hitting the over of 5.5 goals.

On the Avs’ seven-game win streak, they have outscored opponents 32-8 in that time and have also covered the -1.5 puck line the last six games in a row. The Avs lineups look to remain the same with the exception of Philipp Grubauer in net. The newly acquired Jonas Johansson from the Buffalo Sabers is expected to get his first Avs start in net tonight and could affect the game from a betting perspective.

The lines tonight (subject to change)

The puck line has covered in the last six games for the Avs, and the over has hit in the last four games. The Avs are rolling but concerns over the goaltender change may be legitimate. Jonas Johansson is only 25 years old and while early on into his NHL career, his record is 1-8-2 with his time in Buffalo. The Sabers team that surrounded him up in Buffalo is by far more inferior than the Avs team that will back him tonight. The Avs could very likely win the game but the over is what intrigues me. Over 5.5 goals

With six in a row with the puck line for the Avs, you have to wonder how long could that continue to last? The Avs are more than capable of winning this game but with the new netminder, I’m fading the Avs PL and picking the Coyotes there instead. Coyotes PL -129

Mikko Rantanen has 18 goals on the season which is only 3 less than the NHL leaders of Auston Mathews and Conor McDavid. He’s scored five goals in the last four games he’s played. Let’s ride the lighting. Rantanen goal +148

The over 2.5 shots on goal looks awesome for Rantanen as well, but as the season continues on the value keeps dwindling. At around -180 now, I encourage you to look elsewhere. Landeskog had nine SOG in the Minnesota Wild series, his value is much better. Landeskog over 2.5 SOG -125

Sometimes when you take game lines like an over, you need to be able to reflect that in your other picks. I like the over in this one, and the backup goaltender for the Avs is a big reason why. Arizona is playing dismal but that gives some of their top guys good value. Clayton Keller is a bright spot for this club at only 22 years old, he is second on the team in points. Keller 1+ points +100

The game is another late 8 p.m. MT start for the Avs and Coyotes as one club looks to win eight in a row and the other looks to stop the free fall of losses.