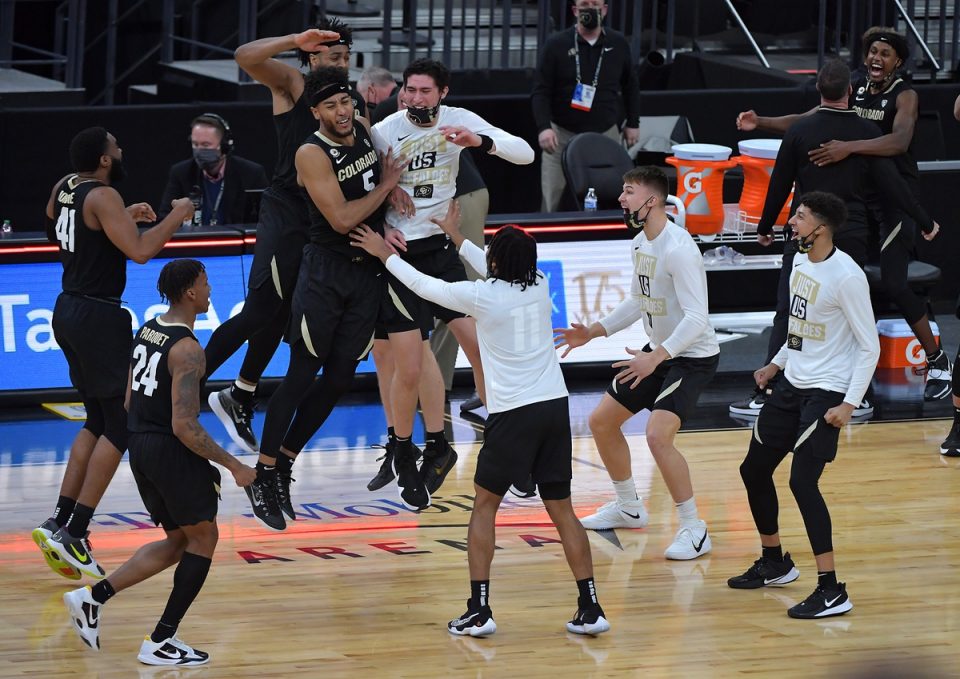 Welcome, my friends, to Championship Saturday. Tickets will be punched today and one of them could quite possibly be the Colorado Buffaloes. We’ll get into that game a little bit later.

Let’s waste no more time and get right into some of the picks I’m looking at today.

Illinois is a freight train from hell. I heard Jay Bilas on College GameDay this morning say Ayo Dosunmu looks like Batman with his mask and Kofi Cockburn is like the Incredible Hulk. I couldn’t agree more. Are you going to be the one that bets against two superheroes? I would never. The thing about this matchup is Cockburn can slow down Luka Garza with his size, we’ve already seen it this season. This means Iowa has to hit a lot of shots. They are capable but I don’t see it happen. Illinois -3. The spread is a lot lower than I expected to be. Bet on the superheroes.

I actually thought Vegas and the public would catch up to Oklahoma State eventually. And then they opened as an underdog and have moved to even bigger underdog. Line currently sits at Texas -3 as I write this. I’ve been saying it for weeks: Oklahoma State is the second-best team in the Big 12. And they beat the best one last night. This is going to be more of a defensive battle than people think but I trust Cade Cunningham when it comes down to crunch time. It’s a huge game for him and the dude has the IT factor. Oklahoma State, outright.

If you haven’t been riding the Georgetown Hoyas over the last few games, I feel bad for you. But you have a chance to get in on tonight and you should not want to miss that. Creighton is a good basketball team but they’re not a great basketball team. Georgetown is playing at a really high level right now, they have the most momentum and that is Patrick Ewing’s building! He owns the place. Only an idiot would bet against Patrick Ewing in his own building. Georgetown +8.5 and sprinkle the Moneyline. It’s happening, folks.

I don’t tend to bet on sides of CU Buffs games. It turns out to be a no-win situation for me and I enjoy wins just as much as if I had money on them. With that being said, I handicapped this game at Oregon State -6 before a line was even out. So I was absolutely baffled when I woke up this morning and CU is a 9-point favorite. I really don’t think Colorado can beat a red-hot Oregon State team by double-digits. Maybe they have it in them, but if OSU is knocking down shots like they’ve been, this game is going to come down to the wire. I think CU wins in a close one which means I would take Oregon State +9 as a betting man.