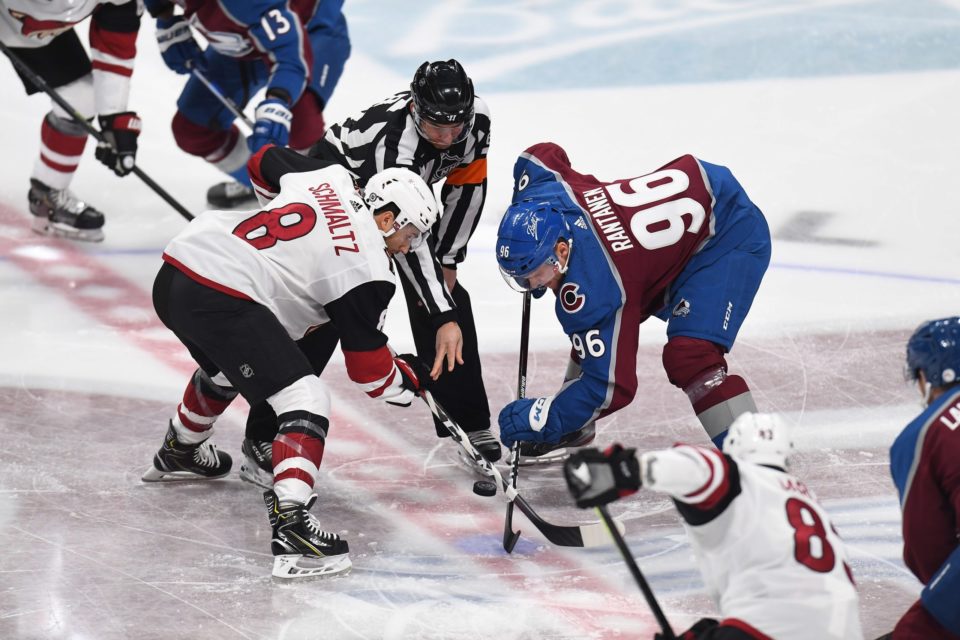 The Colorado Avalanche will look to bounce back against an Arizona Coyotes team that beat them 3-2 Monday night. The Avs have now lost the last two games in a row and sit in fourth place in the West Division with 28 points through 23 games. The Coyotes are just behind them, fifth place in the West with 27 points (25 games played).

Monday night’s loss now marks the sixth loss in a row for the Avs in which they have actually outshot their opponent. The big roster news for the Avs tonight, is that superstar Nathan MacKinnon will be back in the lineup tonight and looks to give a struggling Avs team a much-needed boost.

Monday night’s game was a head scratcher, the Avs dominated most of the statistical categories against the Coyotes and found themselves in the loss column. In either case, since the Avs are on a two-game losing streak their value has dropped some. The odds are hardly ever that good for us to take the Avs Moneyline, so we never do. The payout isn’t great tonight either, but we are so confident that they’ll win outright tonight that a bet with a large sum of units could make you some extra cash either way. Avs ML -195

The life-blood of this Avs team is back and knows how bad this team needs to win. If there was ever an Avs to always bet, it’s MacKinnon. Let’s hit some props on the kid. MacKinnon to score +128 and MacKinnon +2 points +135

The Avs look to avoid a three-game losing streak against a team that’s right behind them in the standings. Puck drop is 7 p.m. MT at the Ball Arena tonight.