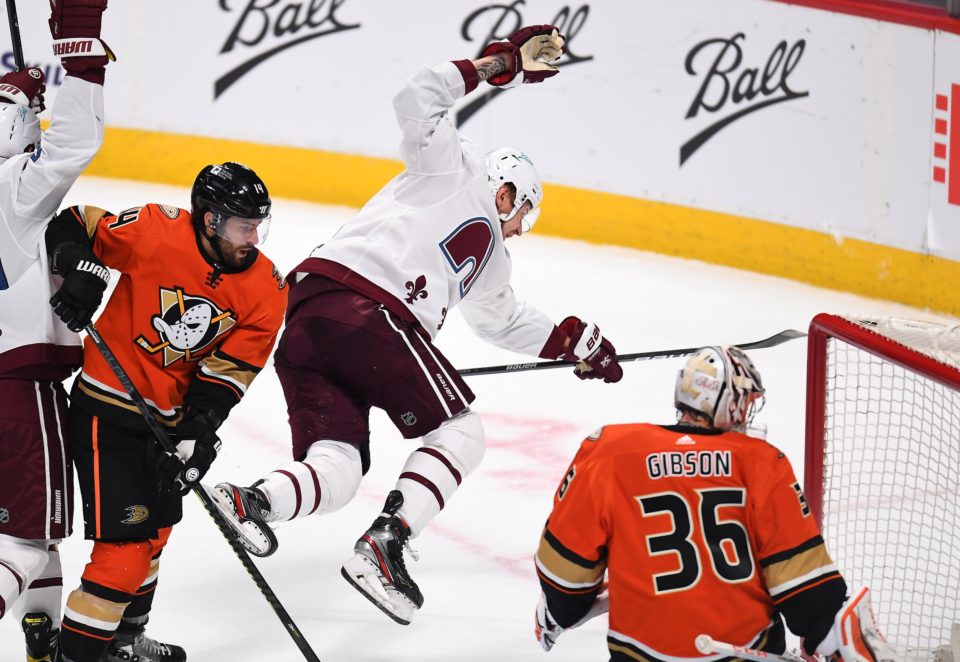 The Colorado Avalanche look to ride the momentum of last night’s 3-2 overtime victory over the Anaheim Ducks inside the Ball Arena. The Avalanche scored three unanswered en route to their second win in a row and look to make it three-in-a-row for the first time this season come tonight at 6 p.m. MT.

We here at Denver Sports Betting gave out some predictions for last night’s game that went three-for-four (Under, Rantanern over SOG, Landeskog SOG) and look to ride our own kind of momentum once again.

If there was ever any real value in the Avs Moneyline, we would take it almost every single night. The problem is, there never is any — so we must look to the next best thing and the elephant in the room when you consider betting on this team – the puck line. The Ducks’ last six losses have only been by a one-goal difference and while there are on a nine-game losing streak they came extremely close last night after blowing a two-goal lead. Those games are difficult to shake and the Avs are too good to not have won three in a row this year so far. Avs -1.5 Puck Line +108

This game is back-to-back and the Avs found a way to rally without their star Nathan MacKinnon last night. The under has been hit seven of the last ten games for the Avs and four of the last six for the Ducks. Hard to ignore those numbers, but the over has actually been 4-1 in the Avs’ last five back-to-back matchups and is also 5-1 in the Avs’ last six Saturday games. Over 5.5 goals -110

Too often have the Avs been the team where they let the opponent score first in the matchup. If you’re into the Avs puck line and the over, give the Avs to score first and win a look -120

Last evening, we saw an unlikely hero in Valeri Nichushkin scoring two goals, one of them being the game-winner in overtime. Tonight, the Avs depth will continue to shine and this time the next man up in a most likely absent Nathan MacKinnon from the lineup will be the big number 95. Burakovsky goal +230

This is the first time the Avs can find themselves on a winning streak that’s more than two games, they need to handle business once again to remain a top team in the West Division.